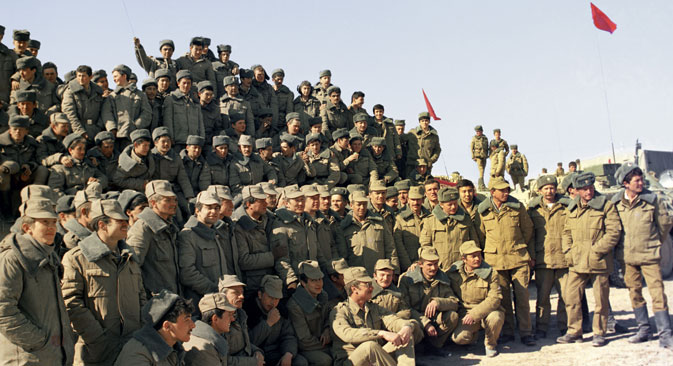 A Soviet unit pictured prior to their withdrawal from Afghanistan, 1989. Source: A.Solomonov / RIA Novosti

As the United States prepares to exit Afghanistan after 13 years of fighting, Russia marks the 25th anniversary of the end of the Soviet conflict there.

Twenty-five years ago, on Feb. 15, 1989, the last Soviet military contingent finally left Afghanistan. The Soviet Union lost 14,000 servicemen in nine years of operation there. An additional 50,000 were wounded.

The last to cross the bridge out of the country the river Amu Darya was the commander of the 40th Army, Gen Boris Gromov, who made the now-famous statement: "There is not a single Soviet soldier behind me."

The Soviet invasion of Afghanistan began in December 1979, when a KGB special-purpose team with support from army units, overthrew Afghanistan’s leftist president Hafizullah Amin, who had announced a policy of building communism against Moscow’s wishes.

Click to start the slideshow: Following the steps of Soviet troops on their way from Afghanistan.

Soviet generals thought that the mission in Afghanistan would be a brief and easy one. Soviet troops began the conflict clashing with a handful of fanatics. By 1989, however, they were fighting against a well-organized rebel army backed by resources from the West, Arab countries and even China. No other rebel movement in the world has ever enjoyed such large-scale outside support.

Crossing that bridge into Afghanistan had been easy, but the way back turned out to be very hard.

Colonel-General Georgy Shpak commanded the 350th Guards Airborne Regiment – the first to enter Afghanistan. He was told that his unit would quickly perform their task and return home. They stayed nearly a decade.

"The country's senior leadership underestimated the situation that had developed in Afghanistan. They thought that paratroopers' presence and the deployment of several units would be enough to establish law and order everywhere, but, unfortunately, the reaction they got was quite different.” Shpak said.

“That had to do with how freedom-loving the Afghan people turned out to be and with the interference from the United States that was rendering unprecedented support to the mujahadeen. It began to arm nearly everyone in Afghanistan, in effect, giving birth to world terrorism headed by Osama bin Laden.”

In Summer 1983, Soviet Ambassador to Kabul Fikryat Tabeyev believed that the end of the war was near: "There is [Yuri] Andropov in the Kremlin now, he understands how pointless our military presence in Afghanistan is. Soon everything will change," Tabeyev said.

But Andropov died, to be replaced by Konstantin Chernenko, who did not stay in power long enough time to look into the Afghan issue. It was only with the ascension of Mikhail Gorbachev that the Soviet Union began to look out for ways out of the Afghan trap.

Col. Vladimir Savitsky, who also served with the Airborne troops, called his experience in Afghanistan like being "thrown into burning lava." Like many other Soviet servicemen, he is firm in his conviction that Afghanistan "cannot be defeated with weapons alone."

The Soviet government did have some understanding of that, but the ideology Soviet troops tried to import was rejected by archaic Afghan society. "We were losing on the ideological front. People there were very religious. We should not have tried to build socialism there at all," Savitsky said.

He remembered that the Afghans were extremely sensitive when it came to interfering in their lives, but were always happy to accept humanitarian aid from Soviet servicemen.

Sergei Goncharov, a veteran of the special-purpose unit Alfa, has similar memories. "When we captured a village, we brought doctors with us, who were called tabibs, and we helped locals with food.” 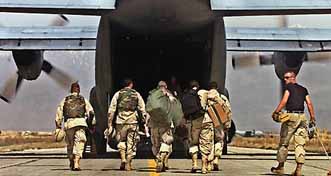 A quarter of a century later, Russian society is still debating how to assess the Afghan campaign, which is sometimes referred to as the Soviet Vietnam because of the reaction to returning veterans.

The Russian union of veterans of the Afghan campaign intends to appeal to President Vladimir Putin to revise the assessment that the Soviet invasion of Afghanistan was given at the 1989 congress of Soviet people's deputies, which dismissed it as "a political adventure."

"Twenty-five years have passed and it is hard to judge those events, whether they were good or bad. At least we thought that we were fighting for justice and we had no doubts," said Goncharov.

This story was combined from reporting by Rossiyskaya Gazeta and Gazeta.ru.