Ukraine after the revolution 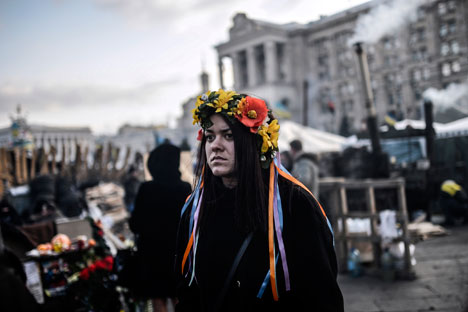 Can the country avoid break-up and more bloodshed as it tries to balance relations with Russia and the European Union?

The demonstrations on the Maidan (Independence Square in Kiev), which began a few months ago, led to the removal from power of President Viktor Yanukovych and the establishment of an interim government. “Extremists have overtaken Kiev and the western regions of Ukraine,” said Mikhail Margelov, head of the foreign policy committee of Russia’s Federation Council (the upper chamber of parliament). “And now the members of regular opposition, including the released Yulia Tymoshenko, will find themselves outside the process.

Russia’s Foreign Ministry offered a stark judgment in a statement that accused the new authorities in Kiev of planning to “use dictatorial and sometimes terrorist methods” to suppress opposition from dissenting regions. 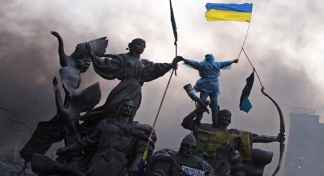 The European Union, meanwhile, said that proposed aid to Ukraine would have to run to billions of euros, while the United States said that it was ready to supplement any financial support that came from the International Monetary Fund.

Some Russian commentators suggest that Brussels and Washington “radicalised” the Maidan. “The rebellion occurred with maximum political support and apparently with direct operational management of the United States and the European Union,”said political analyst Sergei Markov. These allegations are exaggerated: the radicalisation of Maidan shocked and confused the political elites of the EU and USA, and their common position against Mr Yanukovych appeared only after the Munich conference.

A more realistic view is that there were some agreements between the opposition and the West, for example, not to cross certain red lines. Moscow’s position was clear from the very beginning. Russia strictly relied on the principles of international law, reminding everyone that in democratic countries people’s attitude toward authority should be expressed not with Molotov cocktails but through the ballot box. Russia also does not believe in the viability of the post-revolutionary Ukrainian state (especially if the Ukrainian ultra-nationalists who provided militants for Maidan gain political dividend).

The events have destroyed not only Yanukovych but also the weak state institutions, and exacerbated contradictions between the west and east of the country. Moreover, Yanukovych’s overthrow and early presidential elections in May (a violation of the agreement brokered by EU foreign ministers, which provided for elections between September and December) will not help to stabilise the situation. “I can hardly imagine how, in such circumstances, the winner of an early presidential election will be recognised throughout the country. If he is a representative of the East, the West will not accept him, and vice versa,” said Konstantin Zatulin, director of the Institute of CIS countries.

“In this situation it is much easier and more humane to organise a partition process, as happened in Czechoslovakia, when the West and East of the country voluntarily agreed to live in peace, but not in the same state. But I think that the selfishness of the Ukrainian authorities and the opposition will not allow them to come to this decision.”

According to Gleb Pavlovsky, director of the Fund for Effective Policy, elections can be sabotaged by internal forces. “The people of ‘Right Sector’ in general are not interested in presidential elections, they are interested in the creation of non-governmental institutions to monitor the authorities and to put pressure on them. So there can be a controversial union between the passive population of the eastern regions and the active radical nationalists. These two forces can put into doubt even the organisation of the voting process across the country.”

Moscow cannot wait for the “reformation” of Ukraine’s elites but must defend its interests here and now. Therefore, Russia decided to withhold the issue of a new credit tranche for Ukraine, at least until the formation of the country’s new legitimate authority. “As the political situation has changed, we need to understand what government we are going to co-operate with. So we shall wait for its appearance, then we  must understand the new government policy and after this we shall make the decision,” said Russian finance minister Anton Siluanov.

Many Ukrainians fearful, given the sharp statements of powerful Ukrainian radicals (in particular, their intention to ban foreign TV channels that are said to offer “biased coverage of facts and events and calls for separatism”, and moves to infringe the rights of Russian-speaking citizens of the country). “There are attempts to tear Ukraine from Russia, for example using the language issue,” said Leonid Slutsky, head of the State Duma Committee for CIS, Eurasian Integration and Relations with Compatriots.

“This will definitely stimulate us to enter into partnership, and in the most practical way, with each family in Ukraine that does not want to break away from the Russian language and Russian world, so that the children in these families can get an education and speak Russian.”

Veteran diplomats point out that Ukraine is much more important for Russia than Syria. “The Russian border with China is a strategic nightmare. The Russian border with Islam is an ideological nightmare. Russia has a border with Europe, historically a very shaky one, which is constantly changing,” said former US Secretary of State Henry Kissinger. “It is not in our interest to bring them to a state of ‘siege’ when they decide they need to show us what they can do.”