Crimea goes to the polls 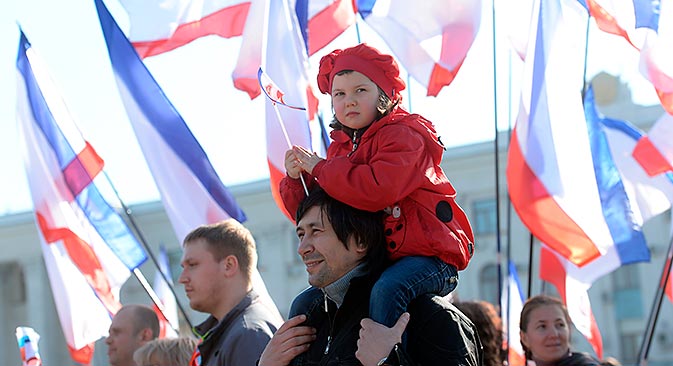 The Crimean referendum will be monitored by more than 70 observers from 21 countries. Source: Mikhail Voskresensky / RIA Novosti

The citizens of Crimea will vote on March 16 in a referendum widely expected to result in a request for the region to be a part of Russia. What questions will be asked of the voters and what comes next?

On Mar. 16, a referendum will be held in Crimea according to a resolution adopted by the Supreme Council of the Autonomous Republic of Crimea on Mar. 6.

The authorities in Kiev consider the referendum unlawful, on the grounds that the current Ukrainian Constitution does not allow regional authorities the right to initiate a referendum.

However, according to a declaration of independence adopted on March 11 by the Supreme Council of Crimea and the Sevastopol city council, if voters taking part in the referendum choose in favor of Crimea joining Russia, the Republic of Crimea, as an independent and sovereign country, will appeal to Russia to be admitted into the Russian Federation as a new region.

Opinion: What the West missed about Ukraine

Voters are eligible to take part in the referendum if they are citizens of Ukraine, 18 years of age and older, and registered within the administrative boundaries of either the Autonomous Republic of Crimea or Sevastopol, which is also a separate region.

According to the state registry of voters, as of Feb. 28, 2014, there were about 1.5 million eligible voters in Crimea and a further 309,774 voters in Sevastopol.

Talk of a referendum in Crimea first began last month after the confrontation between the opposition and the authorities in Kiev.

The Russian-majority population of Crimea feared a crackdown after the new opposition-led government revoked a law giving the Russian language equal status with Ukrainian in some part of the country and President Viktor Yanukovych fled to Russia.

On Mar. 7, in a telephone conversation with U.S. President Barack Obama, Vladimir Putin said that the new Ukrainian authorities had come to power in an unconstitutional coup and did not have a nationwide mandate.

Putin added that Russia could not ignore appeals for help from the Russian-speaking populations in the eastern and southeastern regions of the country and Crimea.

On Mar. 9, in telephone conversations with British Prime Minister David Cameron and German Chancellor Angela Merkel, Putin said that steps being taken by the legitimate authorities of Crimea were based on norms of international law and were aimed to ensure the lawful interests of the republic's population.

A poll conducted in Russia by the Levada Center polling agencyshowed that if the population of Crimea votes to join Russia, 79 percent of respondents would be in favor of admitting the Crimean Republic into the Russian Federation.

Only 12 percent believe that Russia should avoid taking this step, with 9 percent of respondents undecided.

The Crimean referendum will be monitored by more than 70 observers from 21 countries, including Israel, the United States, France and Italy.

The Crimean authorities have announced that if the majority of voters in the referendum choose in favor of joining Russia, they will try to complete all the relevant formalities as quickly as possible.

According to Vladimir Kostantinov, the speaker of the Crimean parliament, who spoke to Russian news agency RIA Novosti about the vote, the process of joining Crimea to the Russian Federation will take not more than two weeks from the day of the referendum.

"The procedure is expected to be the following: Crimea votes in the referendum, then the Russian State Duma votes, then the Federation Council [the upper house of the Russian parliament] approves it, and the president signs (the relevant document). We in Crimea hope that these three actions will take not more than two weeks and that by the end of that time, we should have a constitution ready. We shall submit it for the approval of the State Duma," Konstantinov said. 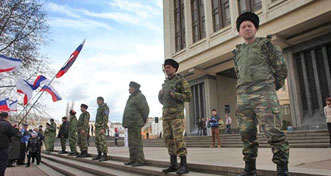 However, the State Duma is already preparing amendments to the law that would simplify the procedure and allow Crimea to join Russia.

"A constituent part of the Russian Federation can be a region or a territory or an autonomous republic. The relevant status will be decided in consultations between Russia's senior leadership with the Crimean authorities. We are ready … to support any of the three options above," Dorokhin said.

This story is based on reporting from RIA Novosti, Interfax, ITAR-TASS and Kommersant.