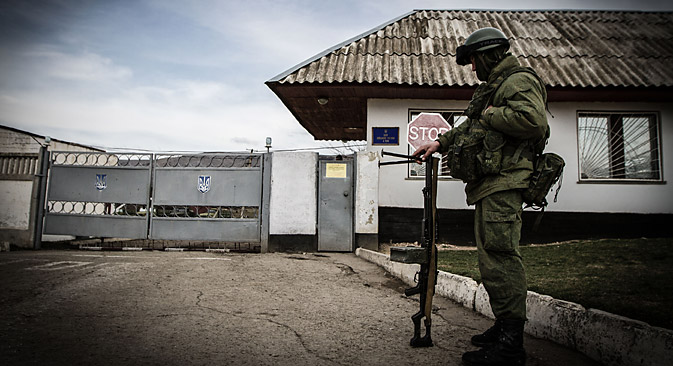 Some experts believe that START III does not provide for restrictions on the U.S. missile defense system. Source: Photoshot / Vostock Photo

The START III Treaty on arms reduction came into force in 2011 and is not due to expire until 2021. How effective is the agreement as a measure to limit the strategic offensive capabilities of Russia and the U.S., and do recent political differences threaten the treaty’s execution?

In 2010, the U.S. President Barack Obama and then-Russian president Dmitry Medvedev signed the Treaty on Measures for the Further Reduction and Limitation of Strategic Offensive Arms (START III) in the Czech capital Prague. It entered into force on 5 February 2011. The agreement provided for the reduction of strategic offensive arms in the two countries – ground based strategic intercontinental ballistic missiles (ICBM), ballistic missile submarines (SLBM), or heavy bombers, as well as nuclear warheads for 700 deployed strategic missiles plus another hundred located at bases and arsenals, and up to 1,550 nuclear warheads.

In the preamble of the treaty, an inextricable link was fixed between strategic offensive and strategic defensive arms; that is, between the number of ICBMs and missile defense. Mutual control over the disarmament was also assumed – an exchange of inspection teams and telemetry information about missile test launches. The parties must warn each other in advance about the time missiles are to be launched, and are obliged to inform each other about the state of their nuclear and missile arsenals twice a year - on September 1 and March 1.

According to the U.S. Department of State’s latest information, as of April 1 of this year (March 1 was ignored for as yet unknown reasons), the U.S. has 778 strategic carriers - ICBMs, SLBMs and heavy bombers - as well as 1,585 nuclear warheads deployed in its service, while Russia has 498 and 1,512, respectively. These data indicate that by the time of the contract’s expiry, which will be in April 2021, Washington should further reduce its strategic potential, while Russia can build it up. Our country is doing just that, by the way. According to the commander of the Strategic Missile Forces, Colonel General Sergei Karakayev, RS -24 Yars strategic silo–based missiles are due to start their combat  duty in Kozelsk (in the Kaluga Region), as well as the RS-24 Yars strategic missile systems mobile complexes in the Nizhny Tagil area and two similar regiments in the Novosibirsk Region.

In the future, Russia will have the new Sarmat liquid-propelled heavy intercontinental missile, which should replace the world's largest R-36M2 Voyevoda strategic missile (the SS-18 Satan by Western classification), which is finishing its guaranteed duty. The new Rubezh strategic missile is also due to come into service.

Hans Kristensen, director of the Nuclear Information project at the authoritative Federation of American Scientists, stated in an interview with ITAR-TASS in Washington, D.C., that in fact it is only at this stage that the U.S. in its turn will commence real, rather than documented, nuclear arsenal reduction.

In previous years, the U.S. START Treaty essentially involved the elimination of so-called "ghost  delivery vehicles”, that is, for example, aircraft and missile silos. Being obsolete, they were in reality no longer involved in the nuclear mission, "but still present" on the Pentagon balance sheet "and accounted for as strategic offensive arms, the expert explains. Now, he says, the U.S. is "entering a new phase – a reduction of launchers that today have a real nuclear mission."

The former Chief of Staff of Strategic Missile Forces, Colonel-General Viktor Yesin, told RBTH that START III fully meets the national interests and security of our country. Moreover, "the fact of the conclusion of the START III Treaty between Russia and the United States, contrary to a recent statement by Barack Obama that Russia is a ‘regional power’, indicates that Washington is forced to consider our country a superpower."

However, there are other opinions. Some experts believe that START III does not provide for restrictions on the U.S. missile defense system. The attempts made by the U.S. to deploy the elements of the system in Europe demonstrate the treaty’s weakness. They also indicate that the agreement does not say a word about the limitation of precision weapons, which in recent years have become increasingly developed. Soon the hour will come when their destructive force will be comparable to that of nuclear weaponry.

Some experts have expressed their regret that the developers of the agreement overlooked the concept of "breakout potential”, i.e. the possibility that either signatory might withdraw warheads from strategic missiles and put them into storage, but with a view to putting them back in their places instead of the usual ones under certain conditions.

However, the participants in the negotiations with the U.S. on the conclusion of START III deny these accusations. First, they say, any agreement is the result of a compromise made by each party. Secondly, precision weapons have no legal relationship with the nuclear missile as yet. Thirdly, the START III Treaty does not put an end to the negotiation process, as long as there is the political will for this.

According to Colonel-General Viktor Yesin, despite certain differences of opinion between Washington and Moscow over the crisis in Ukraine, contractual obligations between the U.S. and Russia on START III are being fully implemented.
The recent statement made by Deputy Defense Minister of Russia Anatoly Antonov, made in response to the decision by U.S. and NATO to suspend military cooperation with Russia, also demonstrates the fact that START III will be fully executed.

No Russian peacekeepers to Ukraine without UN resolution

"Both Russia and the U.S. have the right to send inspection teams to strategic offensive weapons bases,” said Antonov. “This year the first U.S. inspection was carried out in Russia from February 25 to March 1, 2014. We received American inspectors on one of the RVSN missile bases that the Americans chose for testing. The inspectors had no complaints.” The START III Treaty lives on no matter what, precisely because it conforms to the essential security interests of both Russia and the United States.