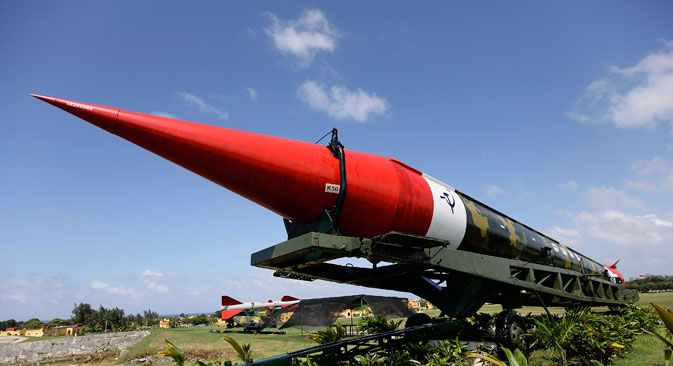 Despite of the situation in Ukraine, it's important for Russia and the U.S. to continue nuclear cooperation. Source: Reuters

The White House intends to continue nuclear non-proliferation cooperation with the Russian Federation. Barack Obama's administration has opposed the passage of a bill by Congress that would suspend joint work with Russia in the area. Sources polled by Kommersant FM believe that the White House's statement gives hope for the future stabilization of Russian-U.S. relations.

The White House has spoken out against restricting nuclear non-proliferation cooperation with Russia, the ITAR-TASS news agency reports. Earlier, a bill to that effect was put forward by Congress. The Obama administration considers the document unacceptable, with the White House stating that cooperation with Russia in the sphere is in the national interests of the U.S.

According to Vladimir Shtol, PhD in Political Studies, professor at the Russian National Economy and Civil Service Academy, nuclear non-proliferation boosts Obama's political rating, while other foreign policy actions have failed to bring the U.S. president much success.

"This is one of the foreign policy priorities for President Obama. A case in point is the signing of the new START treaty with Russia in Prague,” says Shtol. “Indeed, on the foreign policy front, the Americans do not have that many real success stories that Obama could rely on to prop up his rating," he adds.

The White House statement says that the proposed restrictions on energy cooperation with Moscow are excessive. In addition, the bill prevents the Defense Department from using appropriations for nuclear non-proliferation.

The U.S. Congress is actively working against the country’s Democrat president: The Republicans do not want to lose the next presidential election again. Yet the Americans are aware of Russia's nuclear potential and of the need to work in that area, says Viktoria Panova, an assistant professor at the Moscow State Institute of International Relations.

"That was quite a logical decision. Congress is working against President Obama, so they have a parallel goal: To bury the Democrats' chances as best they can. Russia is the only country that could destroy the U.S. with its nuclear weapons. Nobody is considering this option, but for us they remain weapons of deterrence.” Panova is convinced that for the U.S., removing that potential or reducing it as much as possible is an opportunity to get new levers of influence,

Although the situation in Ukraine has undermined relations between Russia and the U.S., the White House's statement gives hope that the crisis can be overcome. It is therefore important to continue nuclear cooperation, says political scientist Igor Zevelev.

"From my point of view, this statement from the U.S. administration shows a pragmatic approach to relations with Russia. In this critical period in the development of Russian-U.S. relations, disagreements on many international issues have become stronger. I think it is very important to continue dialogue at least on several issues, where our interests coincide. It may make it possible, at some point in future, to pull Russian-American relations out of the crisis they are currently in," Zevelev concludes.

The U.S. has suspended economic and military cooperation with Russia over developments in Ukraine. However, the Obama administration has more than once made it clear that it is ready to cooperate on matters that are relevant for national security.

Read more: Deputy Foreign Minister on Russian-U.S. relations: ‘We will not respond symmetrically’