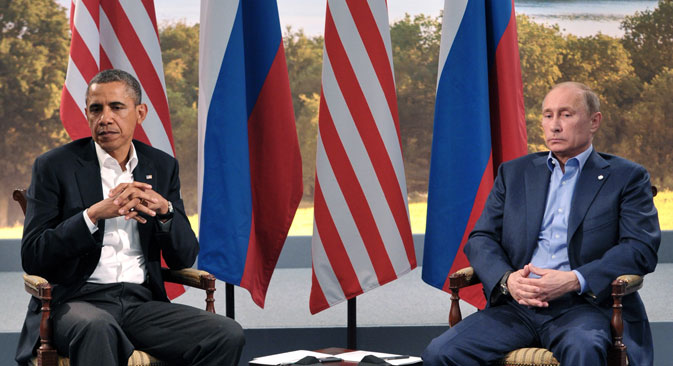 Politicians and analysts on the future of U.S.-Russia relations. 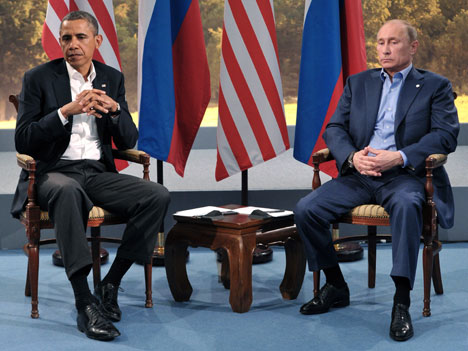 Relations between the U.S. and Russia deteriorated in 2014 at a rate few would have predicted, as divisions over civil unrest in Ukraine escalated into tit-for-tat rounds of economic sanctions. But is it a new Cold War? Political observers – and politicians – are divided on the question.

“No, it isn’t a new Cold War,” U.S. President Barack Obama said in July, as tensions over Ukraine ratcheted up. “What it is, is a very specific issue related to Russia’s unwillingness to recognize that Ukraine can chart its own path.”

In March, the U.S. polling agency Gallup found that 50 percent of Americans agreed with the statement, “the U.S. and Russia are heading back toward a Cold War,” while 43 percent disagreed.

To be sure, this time officials in Moscow and Washington aren’t about to break out the launch codes and start firing nuclear missiles over the Berlin Wall. If this is a new Cold War, at least no one thinks the U.S. and Russia might end up confronting each other directly in a hot one.

In other respects, however, the political squabbling has clearly reached levels not seen since the days of the Soviet Union. The U.S. has accused Russia of providing military support to rebels in areas of eastern Ukraine with large populations of ethnic Russians, a charge the Kremlin has denied. As a result, the U.S. and Europe have slapped Russia with escalating rounds of sanctions.

The measures target broad sectors of the economy like energy and finance, as well as high-ranking individuals with ties to the government and key Russian companies like state-run oil producer Rosneft.

In July, the U.S. Commerce Department said it would block the export of equipment to Russia that could be used for finding and producing crude oil in difficult-to-access Russian reserves, such as Arctic deepwater and shale oil. Russia, one of the world’s key energy producers, relies on exports on oil and natural gas to support its flagging economy. Obama also suspended credits that encourage exports to Russia.

Moscow responded by restricting imports of U.S. and European agricultural products into Russia’s burgeoning retail sector. Food products like French cheese, American poultry and Norwegian smoked salmon have been banned for a year.

“Are we at a moment similar to the Cold War? My answer is yes, and no,” said Michael McFaul, Obama’s former ambassador to Moscow, at a conference in Aspen, Colorado, in July.

“You have to go pre-Gorbachev to remember a time when tensions were as high as they are,” said McFaul. “Never even in the Cold War did we have the kind of sanctions we have now.”

But McFaul, who stepped down from his position as America’s top diplomat in Moscow in February, added that there are key differences between today’s tensions and those of the Cold War era.

For one thing, two sides aren’t engaged in an ideological struggle between capitalism and socialism, he said. What’s more, Russia can no longer count on its former socialist allies in Eastern Europe and elsewhere.

Addressing students and faculty at the University of Virginia in Charlottesville, Sergey Kislyak, Russia’s ambassador to America, also said that the “ideological divides” of the past no longer exist.

But the two countries “don’t have economic ties that would be a good political stabilizer,” he said, according to comments reported by the university’s student newspaper, The Cavalier Daily.

“The core of the problem of Ukraine is inability of their government to talk to their own people,” Kislyak said. Kislyak called on the Ukrainian authorities to“stop shelling, [and] start talking. [We] do not want this bloodshed to continue,” The Cavalier Daily reported.

Other political observers said they think the Cold War comparison doesn’t hold up.