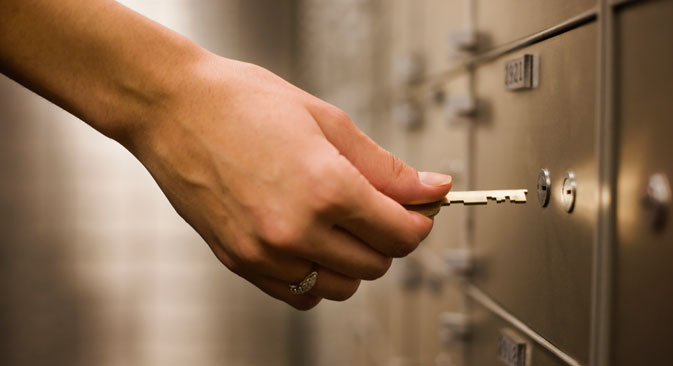 In light of the expansion of sanctions against Russia over the Ukrainian crisis, the UK has proposed that Russia be blocked from accessing the SWIFT international banking system. In the opinion of analysts, this step is unlikely to be taken. However, in the worst-case scenario, Russia and China will begin development of an alternativeS system.

The United Kingdom is to insist that the European Union block Russia’s access to the SWIFT banking system as part of a new round of sanctions.

According to the Bloomberg news agency, this was officially announced by the British government.

SWIFT currently links more than 10,000 banking and finance organizations in 210 countries around the world, and there are more than 600 participants, including the Bank of Russia, in the Russian community.

According to experts, if blocked from SWIFT, Russian banks will not be able to manage their correspondent accounts abroad and currency payments will also be affected since all of the information is transmitted via SWIFT.

“In essence, SWIFT is a cooperation protocol for banks. If the conventional bank coding is forbidden in Russia, then chaos and the collapse of the banking system in Russia could ensue within a short period of time,” says Vasily Yakimkin, an analyst at FIBO Group and assistant professor in the Finance and Banking Department at the Russian Presidential Academy of the National Economy and Public Administration.

At the same time, he says that Western politicians do not have the goal of cutting off all payments to and from Russia because then there would be no way to pay for supplies of energy resources, which would mean there might be no supplies.

“This could also stimulate Russia, and even worse, China, to create its own payment system for transferring money between banks in various countries,” adds Vasily Yakimkin. In such a case, he says that Russia and China will solve this problem at an accelerated pace.

As Anton Soroko, an analyst at the investment holding company Finam says, if such a limitation is actually implemented, then Russia will most likely be given some time to adjust to the change in situation.

“At least this is what happened when Iran was cut off from SWIFT; they were informed in advance, unlike how it was done recently when Russian banks were cut off from Visa and Mastercard services,” says Soroko.

In March 2014 the operations of international payment systems for cards of banks falling under the U.S. sanctions lists were blocked for one day. Neither the banks nor their clients were informed of this beforehand.

Ilya Balakirev, chief analyst at UFS IC, notes that a decision to cut Russia off from SWIFT would be strange since the European Union has repeatedly emphasized that no one has the intention of restricting private transactions.

“It is now practically impossible to do any currency operations without using SWIFT. This is the de facto standard protocol,” says Balakirev.

That is, according to him, cutting Russia off from SWIFT means the actual stoppage of all bank operations with foreign banks as well as internal currency operations.

“Problems could arise for export companies the same as import companies. Russia could ban the use of pipelines by European companies while not prohibiting the export of gas with the same success,” says Balakirev.

Cutting a country’s banks off from SWIFT has already been done in line with sanctions when pressuring Iran. In February 2012, the U.S. Senate Banking Committee unanimously approved a law to force SWIFT to cut services to Iranian banks already falling under sanctions.

SWIFT, registered in Belgium, did not agree with this decision, but within a month, in March 2012, the company came to concur with the American authorities’ reasoning and cut the Iranian banks off.

“The U.S. can also put international financial institutions in a position where they have to choose between doing business with Russia or the United States – by excluding Russia from the dollar system,” says Vasily Yakimkin. Incidentally, the announcement about the possible disconnection from SWIFT has only been made in the UK and not in the U.S.

The Bank of Russia has already considered creating a counterpart to SWIFT in Russia. In August 2014, the Deputy Finance Minister Alexei Moiseyev announced that the Ministry of Finance and the Central Bank were jointly preparing a bill on the creation of a system similar to SWIFT in Russia.

According to the deputy minister, proposals already exist in a truncated form; for example the Russian company CyberPlat has already developed similar solutions. In turn, the Central Bank has its own secure messaging system.

However, Ilya Balakirev believes that duplicating the SWIFT system is impossible and a more realistic alternative would be the idea of creating a SWIFT processing center on Russian territory.

"Creating a complete copy of SWIFT is hardly likely physically as this would require the cooperation of banks all over the world, something which seems highly doubtful," says Balakirev.