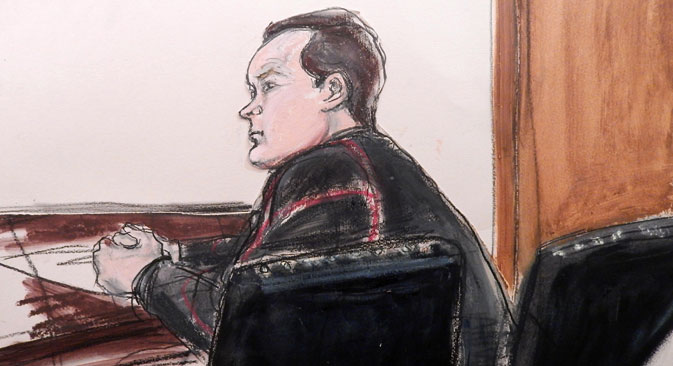 RBTH presents a selection of views from leading Russian media on international events, featuring analysis of the unmasking of a Russian ‘spy ring’ in the U.S. and the potential consequences, the new “Turkish Stream” gas pipeline and the future of Russian gas supply to Europe, and Moscow’s role in the conflict in the Donbass region of eastern Ukraine.

The latest spy scandal between Russia and the U.S. has beenpicked up byalmost all media in Russia. On Jan. 26, U.S. prosecutors in New York announced charges against three men accused of being deep-cover Russian spies. The charges accuse Vnesheconombank employee Yevgeny Buryakov and representatives of the Russian trade and UN missions in New York Igor Sporyshev and Viktor Podobny of “acting as unregistered agents of a foreign government.”

Business daily Kommersant has published excerpts from their conversations (all their phone talks were monitored by the FBI) and asks experts to speculate on the possibility of Buryakov being exchanged for a U.S. agent. As Andrei Soldatov, the head of Agentura.Ru, a website dedicated to the work of Russia’s special services, explains, there are very few candidates for such an exchange. Soldatov says that Washington may seek an exchange for the former FSB colonel Valery Mikhailov, sentenced to 18 years in prison for transferring Russian state secrets to the Americans.

According to Soldatov, the timing of the Buryakov arrest, coming amid a sharp confrontation between Russia and the U.S., was no accident, and the publicity given to the scandal only confirms this. In his opinion, the Americans may decide to refuse bail for Buryakov, fearing that he will leave the country (Podobny and Sporyshev, who owing to their positions enjoyed a degree of diplomatic immunity, have already fled the U.S.)

Meanwhile, Vasily Kashin, an analyst at the Center for Analysis of Strategies and Technologies, said in an interview with business daily Vedomosti that we should anticipate a symmetrical response from the Russian intelligence services against the U.S. or its allies in Moscow. However, it is impossible to predict when and in what form such a response may be adopted, said Kashin.

The future of Russia gas depends now on Turkey

Russia and Turkey have finally agreed on the route for the “Turkish stream” gas pipeline, which will pass under the Black Sea. The first deliveries will arrive in Turkey in December 2016. The centrist newspaper Nezavisimaya Gazeta calls this new Gazprom plan “a complicated mosaic that requires multiple approvals.”

Russian President Vladimir Putin’s declared aim of establishing a gas hub in Turkey can be realized only through the alignment of many conditions, writes the paper.  “European bureaucrats must reconcile themselves to the termination of Russian gas transit via Ukraine.  The countries of Southern European will have to show their independence. The price of Russian gas must be lower than on the European gas exchanges, even taking into account the profits of Turkish intermediaries.”

Analyst at Sberbank CIB Valery Nesterov, for his part, believes that Europeans will not call for the preservation of the Ukrainian transit from Gazprom as it may harm their interests of reliable gas supply to their countries.

“In Europe there is a growing understanding that Ukraine is becoming a problematic country, constantly requiring financial assistance. Russian gas transit provides Kiev with $3-4 billion in annual income. But for Europe it is not a significant enough amount to be worth risking energy security.”

However, Nesterov doesn’t exclude the possibility that the Europeans may ask Gazprom to resume the construction of the South Stream gas pipeline, which was to bring gas from Russia to Central Europe via the Black Sea and the Balkans. South Stream was scrapped in December 2014.

Analyzing Moscow’s relationship with the Donetsk and Lugansk ‘republics’

Online newspaper Gazeta.ru tries to understand Russia’s relationship with the self-proclaimed Donetsk and Lugansk people’s republics of the Donbass and what may change in the near future. Unnamed sources close to “the project for an independent Novorossiya" argue that Moscow has no defined strategy and its reaction depends on many factors.

One source believes that the Russian position involves a complete ceasefire, the withdrawal of heavy weaponry from the front, a non-aligned status for Ukraine and the restoration of the Donbass’s infrastructure using Ukrainian money. Kiev is not satisfied with these conditions as its final goal to eliminate Russian influence in the Donbass.

Meanwhile, writes the newspaper, the Kremlin doesn’t consider Ukrainian President Petro Poroshenko as its direct enemy, believing that he is strongly dependent on the West and his political competitors.

Poroshenko is able to negotiate, the source said, and he is in constant communication with the Russian leadership on a closed line. In addition, according to Gazeta.ru, the Kremlin believes that in spring we can expect new protests in Ukraine against the worsening of the economic situation.

Opinion: The hopelessness of self-determination>>>