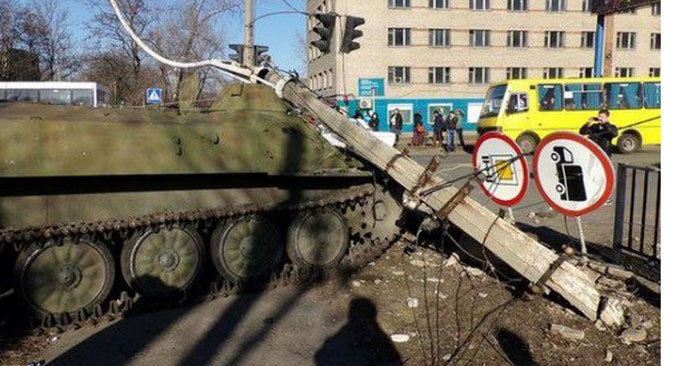 More violence rocks eastern Ukraine, the U.S. and the EU prepare to make nice with Iran and Israel goes to the polls.

News website Gazeta.ru reports that riots broke out in the Donetsk Region town of Konstantinovka after a Ukrainian Army armored personnel vehicle struck and killed an eight-year-old girl.

Also in Ukraine, President Petro Poroshenko brought a new bill before the country’s parliament, the Verkhovna Rada, that would supplement the law giving self-governance to areas of the Donetsk and Lugansk Regions. According to Gazeta.ru, the new bill would require elections to be held in these areas before self-governance is introduced.

Vadim Karasyov, director of the Ukrainian Institute of Global Strategies, expressed doubts that the representatives of the republics would agree to any elections held under Kiev’s terms. Alexei Makarkin, vice-president of the Russian Center for Political Technologies, agreed with Karasyov’s assessment, telling Gazeta.ru that for the leaders of the self-proclaimed republics, it is crucial that self-government be introduced before elections are carried out. According to Makarkin, the language of the Minsk Agreement is sufficiently vague to allow for either interpretation.

A nuclear arms race in the Middle East?

Russian business daily Vedomosti reports on a meeting between U.S. Secretary of State John Kerry and Iranian Foreign Minister Mohammad Javad Zarif over Iran’s nuclear program. According to Vedomosti, Western countries made it known last week that they may lift some of the sanctions in place against Iran to facilitate an agreement if the Iranians are able to demonstrate the "peaceful nature of the nuclear program."

Yevgeny Satanovsky, the president of the Moscow-based Middle East Institute, told Vedomosti that the U.S. and the EU are particularly motivated to make a deal in order to replace Russia with Iran on the international oil and gas market.

Middle Eastern countries, however, remain concerned about any agreement between the West and Iran. Both Israeli Prime Minister Benjamin Netanyahu and former head of intelligence for Saudi Arabia Prince Turki al-Faisal have stated their opposition to the deal. Al-Faisal warned that an agreement with Iran will trigger a nuclear race across the Middle East.

Israel goes to the polls

Negotiations with Iran 'most useful' in many years

According to Kommersant, experts are calling the current elections a referendum on Netanyahu himself. The noticeable decline in the prime minister’s popularity is attributed for the most part to the fatigue of voters with Netanyahu’s platform of security at the expense of the country’s socio-economic development.

The paper notes that given Israel’s fractured political spectrum, Netanyahu may still remain as prime minister as part of a broad coalition, depending on the balance of power in the Israeli parliament, the Knesset, following the elections.