After Minsk: Economics may be the best hope for peace 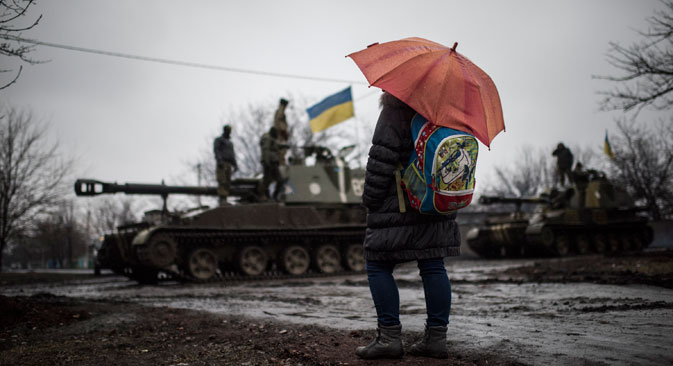 Damage caused by sanctions to both sides could be key factor in ending stalemate over conflict.

Recent developments in Ukraine have put the Minsk agreement in question, despite assurances from all involved that observing them is vital. The parties include the Ukrainian government, the rebel “people’s republics” with capitals in Donetsk and Lugansk (DNR and LNR, or Donbass region), Russia, the U.S. and EU. Lack of trust between the new government in Kiev and the rebels is cited as the main reason for the tensions, but the recent adoption of controversial new laws (not acceptable to Donetsk and Lugansk) by the Ukrainian parliament makes the situation more volatile.

The essence of the agreement is the preservation of the territorial integrity of Ukraine in exchange for Kiev giving a “special status” to the mostly Russian-speaking rebel territories and a general amnesty for the enemies of the new Ukrainian regime. The problem is that the agreement did not say which side should make concessions first, leading to stalemate.

For example, from Kiev it was required “no later than in 30 days” to have a parliamentary resolution “indicating the territory which falls under the special regime” with that regime presupposing “the right to language self-determination” and general amnesty for the rebels.

Instead, five days after the deadline the Rada adopted a law proclaiming Donbass a “temporarily occupied territory” and postponing the adoption of special status “until the withdrawal of all illegal armed groups and foreign mercenaries, with the re-establishment of Ukraine’s control over its territory.”

The border between Russia and the territory of DNR and LNR is notoriously porous and the Minsk agreement presupposed the re-establishment of Kiev’s control over it. But both Moscow and the rebels make the return of Ukrainian customs officials conditional on the the lifting of the economic blockade Ukrainian President Petro Poroshenko imposed on the “occupied territories” in autumn. Ukrainian pensioners and public sector workers on these territories do not receive pensions and salaries (Kiev stopped all banking activity in Donbass last year).

“In this situation, Russian humanitarian aid [going through the rebel-controlled border] becomes the only source of subsistence for these people, and we are not ready to have the Ukrainian customs officials entrusted with this lifeline of ours,” said Andrei Purgin, the speaker of the DNR’s parliament.

The Minsk agreement obliged Ukraine to resume banking in Donbass, possibly with help from western partners. But Andrei Turchynov, head of Ukraine’s National Security and Defence Council, said Kiev “was not going to feed terrorists and separatists” by resuming banking activity. Ukraine’s prime minister Arseny Yatsenyuk said he did not consider all the pensioners and public sector workers in Donbass criminals, but the transfer of payments was not yet possible for political reasons.

So Kiev blocks money transfers and food, while DNR and LNR stop Ukrainian officials resuming control of the Russian border.

The other stumbling block is the delay in the creation of “working teams” under the Contact Group. The leaders of DNR and LNR, accusing Kiev of dragging its heels on forming Ukraine’s part of the group, said they would stop the prisoner exchange until the problem of the Contact Group is settled. This is another breach of the Minsk agreement, since point 6 stipulated the release of all PoWs, hostages and illegally arrested people.

Time may not be on the side of peace, since sporadic fighting is reported on both sides of the front line. In a sign that force could still be used, Mr Poroshenko reiterated his intention to “de-escalate,” but not to “freeze” the conflict. A “freeze” would mean creating a situation similar to the one in Moldova, where Moldova and its separatist region of Transnistria (self-proclaimed Trans-Dniseter Moldovan Republic) have been peacefully co-existing for 23 years, after a brief war in 1992. The deadlines imposed by the Minsk agreement are strict but few experts expect them to be honoured. Ukraine was obliged by point 11 of the Minsk agreement to carry out constitutional reform before the end of 2015. The “key element” of the new constitution, according to the agreement, was the “decentralisation” of Ukraine, with the regions unhappy with the new government in Kiev (mostly the Russian-speaking ones) getting more autonomy.

However, opening the first session of the Ukrainian Constitutional Commission, Mr Poroshenko said “decentralisation” should give more power to cities, towns and rural communities, not to regions. He also stressed that the Ukrainian language should remain the only state language. Mr Poroshenko rejected the idea of Ukraine’s “federalisation”, saying 90pc of Ukrainian citizens rejected this idea.

The president promised not to block a referendum on the issue, so sure was he of the result. Next day, the Rada adopted laws prohibiting praise for the Communist regime of 1917-1991 and making the Ukrainian “independence fighters” (including the temporary allies of Hitler in 1941-44) legally immune from criticism. This may further complicate the return of DNR and LNR back to Ukraine’s fold.

But experts are sceptical about Berlin or Paris “pressing” Mr Poroshenko. Since the beginning of the war, the Ukrainian president heard nothing but praise and standing ovations from the officials in the EU, the US and Canada.

The economic losses could help move the peace process forward. The EU announced it would keep sanctions against Russia until the Minsk agreement is fulfilled. Mr Lavrov called this “absurd,” reminding his western partners that sanctions were hitting both sides. So, this may be the last hope for the Minsk agreement – its non-fulfilment makes Russia, Ukraine, and the EU poorer every day. 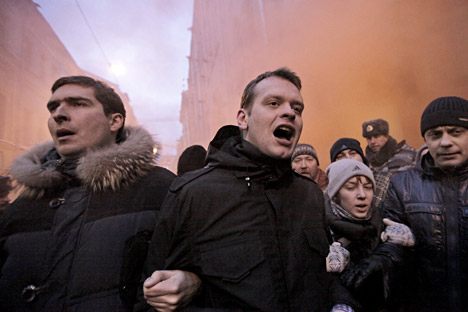