Press Digest: General election too close to call as Britain heads to polls 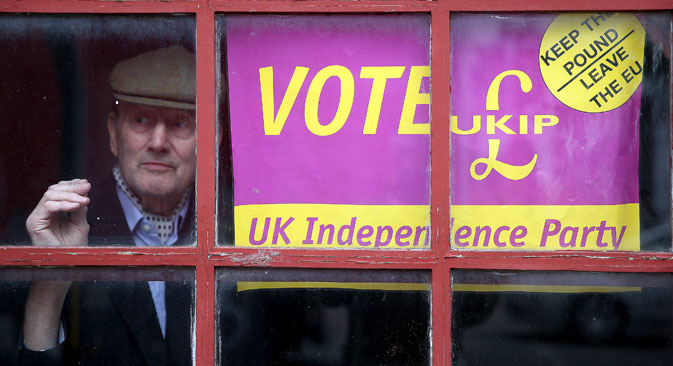 A man looks out of a window next to a political poster in London, May 6, 2015. Source: Reuters

RBTH presents a selection of views from leading Russian media on international events, featuring reports on the British parliamentary election and its significance for the EU, the formation of a coalition government in Israel, and Cuban leader Raul Castro’s visit to Moscow.

Scots and nationalists could decide ultimate outcome of UK elections

On Thursday, May 7, the British go to the polls to choose the 650 members of the House of Commons, the democratically elected house of the UK parliament. The main candidates are traditionally represented by two parties – the Conservative Party, led by incumbent Prime Minister David Cameron, and the Labour Party, led by Ed Miliband. The website Vzglyad reports that the two parties are almost neck and neck.

"These elections are the most unpredictable in the history of Great Britain. Typically, the British know the winners even before the elections, but now it is impossible to determine who will get more votes," said John Laughland, director of studies at the Institute of Democracy and Cooperation (Paris) in comments made to the website. According to experts, the old two-party system, which dominated the political system of Great Britain, is not applicable to this election, as other parties have emerged that have a major influence on the political life of the country.

These are the increasingly popular UK Independence Party, or UKIP, which stands for British withdrawal from the EU and rigid restrictions on immigration into the country, as well as the left-leaning Scottish National Party, whose influence has increased significantly since last year's referendum on independence, Vzglyad explains.

The results of the elections are being even more eagerly awaited in Brussels than in London, the newspaper points out, since the fate of the United Kingdom in the EU largely depends on their outcome.

A ruling coalition has been formed in Israel, Kommersant reports. Premier Benjamin Netanyahu had been struggling to agree on its structure for nearly two months; his long-time supporter, Israeli Foreign Minister Avigdor Lieberman, announced that his Yisrael Beiteinu party will not join the new government.

The significant concessions that the prime minister agreed to in exchange for the participation in the coalition of two ultra-Orthodox parties – Yahadut Hatorah and Shas – forced Lieberman to reject the posts promised to his party, the newspaper says.

According to the newspaper, the demarche of Yisrael Beiteinu's leader came as a complete surprise. As a result, the coalition, which should have been easily formed, thereby securing a resounding victory for Benjamin Netanyahu in early elections, struggled to collect 61 mandates in the 120-seat parliament.

However, experts are sure that the exit of Lieberman, the leader of Russian-speaking Israelis, from the Israeli Foreign Ministry will not affect Russia's relations with the Jewish state. "Given that after the departure of Lieberman, Netanyahu is most likely to take the portfolio of foreign minister himself, combining this post with the post of prime minister, one should not expect a radical change in relations with Russia," said Director of International Programs of the Russian Jewish Congress Benny Briskin in an interview with the newspaper.

The online newspaper Gazeta.ru reports on Cuban leader Raul Castro’s visit to Moscow, which began on May 6. The newspaper reminds its readers that in early April, U.S. President Barack Obama visited Panama for the Summit of the Americas, where he had an informal meeting with Castro. The leaders discussed prospects for a full restoration of diplomatic relations and the lifting of the economic embargo against Cuba.

"Raul Castro came to dot the i's and cross the t's to make clear to the Russian leadership that, despite the importance and need of developing cooperation with the U.S., Cuba is still extremely interested in developing relations with Russia," Boris Shmelyov, head of the Center for Political Studies at the Russian Academy of Sciences, told Gazeta.ru. According to experts, Cuba needs a lot of money to lead its economy out of the deadlock in which it has found itself. According to Shmelyov, Castro is also seeking to get a kind of assurance from Russia in case Obama is succeeded by a tougher politician and U.S. policy towards Cuba changes. 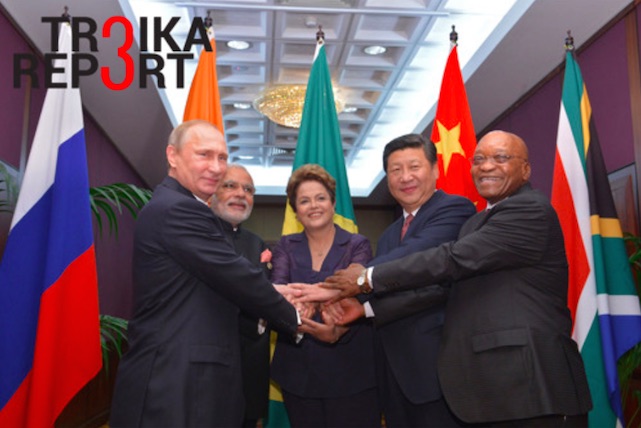 TROIKA REPORT: Another piece in the puzzle for BRICS global finance system