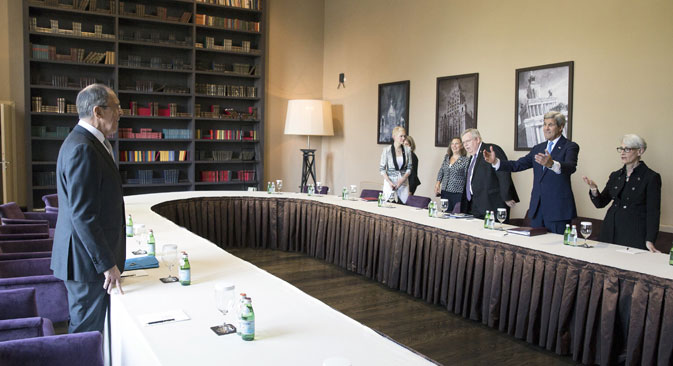 RBTH presents a selection of views from leading Russian media on international events, featuring analysis of U.S. Secretary of State John Kerry's first visit to Russia in two years and the significance of the Conservatives’ election victory in the UK for Britain’s relationship with the EU, as well as a report on the first-round results of the presidential elections in Poland.

John Kerry visits Sochi for meetings with Lavrov and Putin

"A new season begins in relations between the U.S. and Russia," the business daily Kommersant writes as U.S. Secretary of State John Kerry arrived in Russia for the first time in two years on May 12. During his visit to Sochi, Kerry will discuss bilateral relations and pressing regional issues with Russian Foreign Minister Sergei Lavrov and President Vladimir Putin – primarily Ukraine, Iran and Syria.

The visit of Kerry takes place two days after German Chancellor Angela Merkel’s visit to Moscow. Merkel is setting the tone in the relations between Russia and the EU, which indicates the growing desire of the West to find a new formula for relations with Moscow regardless of fundamental differences over Ukraine, the newspaper writes.

"Secretary Kerry's trip to Sochi indicates the Obama administration's growing desire to unblock cooperation with Moscow in areas that meet the national interests of the United States," said Yury Rogulev, director of the Moscow State University's Franklin D. Roosevelt Center for U.S. Studies, in an interview with Kommersant.

According to Rogulev, the Obama administration had been putting strong pressure on Europe in recent months in an attempt to force it to follow the policy of sanctions against Moscow. But now it is attempting to balance this policy by means of diplomacy, realizing that pressure has its limits and taking into account the growing skepticism in Europe about the use of further sanctions.

President Komorowski loses first round of elections in Poland

The first round of presidential elections in Poland ended unexpectedly, online newspaper Gazeta.ru reports; according to exit polls, opposition candidate Andrzej Duda, who proposed sending Polish troops to the Donbass region of eastern Ukraine during his campaign, is in the lead. President Bronislaw Komorowski, who had been expected to win a landslide victory, came second, but made the runoff.

Meanwhile, those politicians who expressed solidarity with Moscow won a total of less than seven percent of the votes; Magdalena Ogórek, the social democratic party SLD (Democratic Left Alliance) candidate who stood out among the pro-Russian candidates, took a little less than two and a half percent in the end, writes the newspaper.

Yury Kvashnin, a senior researcher for the Institute of World Economy and International Relations at the Russian Academy of Sciences, told Gazeta.ru that Komorowski was "not the worst option" for Russia.

"In Russia, there is a perception that Komorowski is an anti-Russian politician," he said. "However, it should be understood that for the Polish political elite, which is in principle, with few exceptions, anti-Russian, he is quite a moderate figure."

Speaking about the prospects for Russian-Polish relations, Kvashnin said that "everything will depend to a very large degree on the development of the crisis in Ukraine."

Conservative victory means UK will decide on EU membership by 2017

The weekly business magazine Expert writes that the convincing victory of the Conservative Party and its leader David Cameron in the UK parliamentary elections has given everyone cause to think again about the country’s European prospects. In the next two years, before 2017, the UK intends to renegotiate the country's terms of EU membership and hold a referendum on staying or leaving the EU.

Expert writes that the exit of the United Kingdom from the European Union would not be in Cameron’s interests, since – as has been noted by Italian foreign minister Paolo Gentiloni – “Great Britain's departure from the EU would be a disaster, above all for Great Britain itself.”

Some Russian political analysts believe that David Cameron’s goal of decentralizing the EU is to Russia’s benefit since it will reduce the impact of the anti-Russian “Brussels bureaucracy” and allow the Kremlin to negotiate directly with countries sympathetic to Moscow.

But there is yet another point of view – that a political crisis and the “decentralization” of the EU are not in Russia's interests, at the very least since that would take the Baltic States and Poland out of the control of Brussels, strengthening anti-Russian sentiment in these countries, Expert concludes. 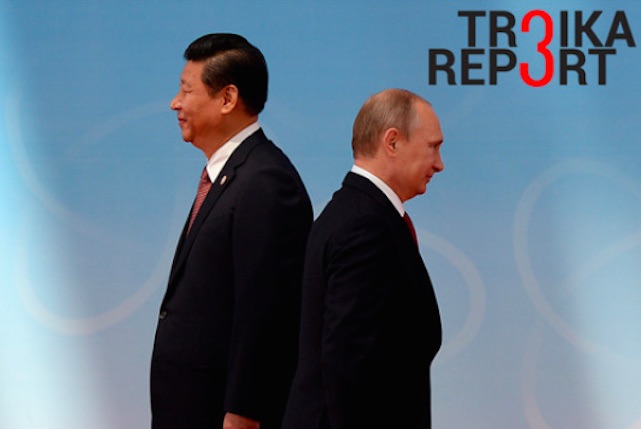 TROIKA REPORT: Russia and China as the new G2?