Russian NPT delegation head: Probability of a nuclear war has not increased 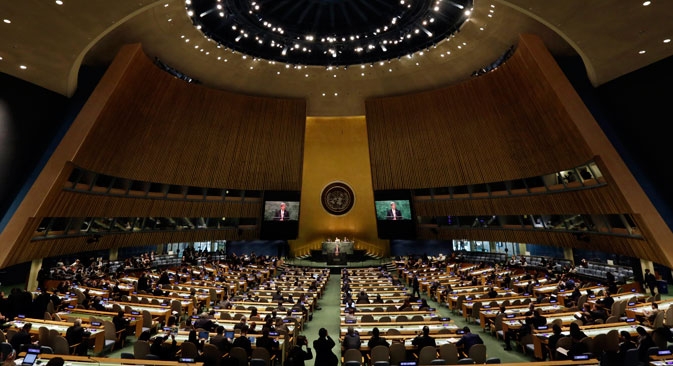 New York is currently hosting the review conference on the Non-Proliferation Treaty (NPT). Mikhail Ulyanov, head of the Russian delegation and Director of the Department of Non-Proliferation and Control of Armaments at the Russian Foreign Ministry, talked about what is impeding the process of nuclear disarmament.

Kommersant: 160 NPT member states have requested the complete abandonment of nuclear weapons due to the humanitarian consequences of their use. The five NPT nuclear states [Russia, the U.S., the UK, France and China – RBTH] are against this. Is the NPT coming apart at the seams?

Mikhail Ulyanov: When such a number of countries, that is, the predominant number of NTP participants, undersigns an initiative on the humanitarian consequences of using nuclear weapons, it is impossible not to take this into consideration. Even though we do not agree with this initiative.

First of all, it distracts everyone from the real problems in the nuclear disarmament process… Why wasn't this issue raised in 2005 or at the end of the last century? Nothing extraordinary has happened in the world since then for us to be discussing this issue. It seems that it was introduced to the international agenda artificially, in order to move towards a ban on nuclear weapons. Secondly, the given initiative engenders high expectations in the field of nuclear disarmament and this could indeed shake the foundations of the NPT. 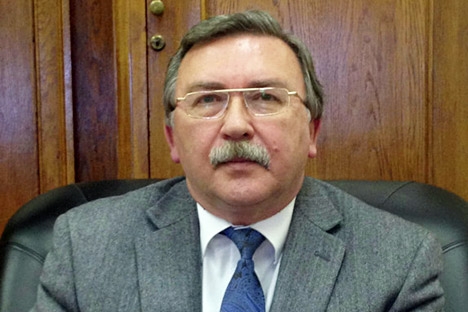 Mikhail Ulyanov, head of the Russian delegation and Director of the Department of Non-Proliferation and Control of Armaments at the Russian Foreign Ministry. Source: Press Photo

K.: Many countries are already saying that the NPT has a discriminatory character.

M.U.: Yes, they say that the nuclear powers have it good. While all the other countries have committed to not producing nuclear weapons, the nuclear countries, instead of disarming, are not responding to the hopes of the international community of seeing a non-nuclear world.

K.: That seems to be the right logic…

M.U.: Yes, there is definitely a lot of common sense in this logic. But such evaluations go against the grain of reality: In the last 25 years we and the Americans have reduced the number of deployed nuclear weapons by almost 85 percent. And if we begin counting from 2005, the number of deployed weapons was reduced by three times. Is this pace too slow? But whenever we repeat this, no one wants to listen…

K.: But hasn't the process of nuclear disarmament slowed down recently?

M.U.: If we are to speak about nuclear disarmament, then the situation is indeed complex. In less than three years, by February 5, 2018, we and the Americans must reach the levels that are included in the last START agreement. Then the question is: what next? There is still no answer. The situation in the sphere of strategic stability is unclear. The issue deals with, as we have often repeated, the American missile defense system… and the possible deployment of weapons in space, and the disbalance in the sphere of conventional weapons…

Perhaps no one can currently answer the question of whether or not it is possible to sign a new agreement in the sphere of the reduction of strategic offensive weapons. We, at least, do not have this question on our agenda.

K.: Is there still a possibility of dialogue with the U.S. regarding the missile defense system?

M.U.: I don't have any information about Washington's readiness to discuss this issue. Dialogue on matters of strategic stability within the presidential committee, as is known, was canceled. The Americans said that the missile defense system would be built with or without Russia. They also clearly announced that they would not satisfy our request to have legal guarantees of the system not being directed against Russia. And the state of our bilateral relations today doesn't really favor the renewal of dialogue on this issue.

K.: Do you believe that the probabilities of a nuclear conflict have increased?

M.U.: No, I don't believe so. Nothing has happened in the world that could stimulate the use of nuclear weapons. The Americans and all the nuclear countries understand the measure of their responsibility.

Article 14 of the START treaty implies that the build-up of a missile defense system can be viewed as grounds for abandoning the agreement. Why hasn’t Russia left the agreement yet?

M.U.: I will remind you that in November 2011 Russia’s then-president Dmitry Medvedev announced that we could review our relation to the agreement if in one phase or another the missile defense system begins to affect our security. For now, as I understand, such circumstances have not arisen. The American missile defense system is still in the initial stages.

K.: Doesn't Russian President Vladimir Putin's declaration in the documentary film Crimea: Homeward Bound that Russia considered the possibility of putting its nuclear weapons on combat alert during the escalation in the Ukrainian crisis mean that more significance is given to nuclear weapons today than before?

M.U.: The president said that indeed this option was considered, but he did not imply that nuclear forces were put in a state of combat alert…

K.: Another controversial issue during the conference were the accusations that Russia had violated the Intermediate-Range Nuclear Forces Treaty (INF).

M.U.: Such questions should be solved through diplomatic channels… We believe that the polemic on this issue in the NPT review conference is out of place. But since our American partners were the first to raise the question, then naturally we will present our position.

K.: Since the signing of the INF Treaty, military technology has made great progress. Russia accuses the U.S. of violating the INF Treaty, in particular in its use of shock drones.

M.U.: These American drones completely fall into the category of an intermediate range missile, regardless of the function they carry out. Before producing these shock drones our American colleagues could have come and proposed an amendment to the agreement. But they didn’t do so and chose the route of violating the positions stipulated in the agreement.

K.: Does that mean you would accept amendments to the agreement?

M.U.: The agreement itself mentions such a possibility. Any side can introduce any amendment, but it will be accepted only if the other side agrees. Each particular case must be decided separately. But we do not intend to make any amendments. 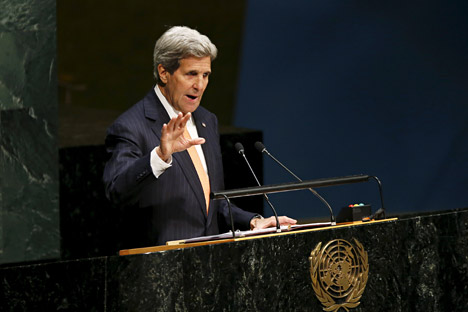 Kerry allegations do nothing to further U.S.-Russia nuclear cooperation