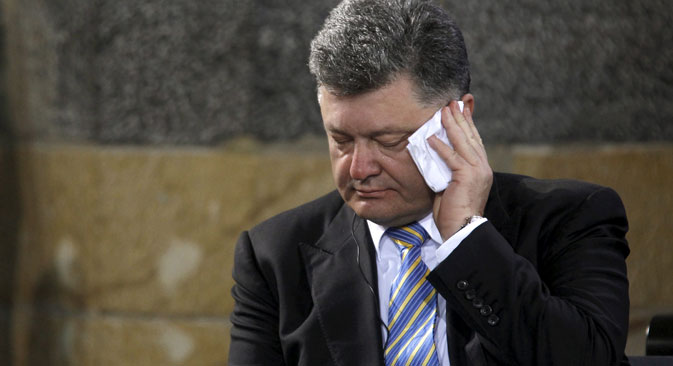 RBTH presents a selection of views from leading Russian media on international events, featuring reports on Kiev’s campaign to increase international pressure on Moscow following the capture of two Russian ‘soldiers’ in eastern Ukraine, a possible visit to Japan by Russian President Vladimir Putin, and the capture of the ancient Syrian city of Palmyra by ISIS militants.

Three months after the start of the implementation of the Minsk agreements in the Donbass region of eastern Ukraine, Kiev has raised the issue of war again, the business daily Kommersant reports.

Following the detention in the Lugansk Region of two Russian “citizens,” whom the Ukrainian side called active scouts [the two men said in a video released by Kiev that they were serving in the Russian army, but Russia has said that they had earlier been discharged from military service –RBTH], Ukrainian President Petro Poroshenko has accused Russia of waging a "real war."

The newspaper adds that the Ukrainian leader for the first time openly admitted he does not trust Russian President Vladimir Putin, but is forced to negotiate with him, since he does not see any possibility of regaining control of the lost territories by military means.

In addition, the head of Ukraine’s National Security and Defense Council, Oleksandr Turchynov, has proposed for the first time that a U.S. missile defense system be deployed in Ukraine for "protection against the nuclear threat from Russia," and urged tougher sanctions against the Russian Federation.

Kiev has gone on a diplomatic offensive, trying to take advantage of the incident of the captured Russians to mobilize the West and strengthen pressure on Moscow, the newspaper says.

"Given that after the visit of U.S. Secretary of State John Kerry to Sochi, Washington started talking about the possibility of lifting the sanctions, while the European Union intends to consider this summer whether to extend the restrictive measures, Kiev is trying to cause a new wave of pressure on Russia instead of the previous wave, which is losing its strength," Sergei Oznobishchev, head of the Political-Military Analysis Sector of the Institute of World Economy and International Relations at the Russian Academy of Sciences, told Kommersant.

Will proposed visit to Japan by Putin take place?

The centrist newspaper Nezavisimaya Gazeta discusses the possibility of a visit by Vladimir Putin to Tokyo. The newspaper recalls that the Russian president and Japanese Prime Minister Shinzo Abe had agreed as early as the Olympics in Sochi that the visit would provisionally take place in fall 2014.

However, following the conflict in Ukraine and the introduction of sanctions against Russia, the preparation work for the visit has stalled. Nezavisimaya Gazeta reports that the deputy chairman of the ruling Liberal Democratic Party, Masahiko Komura, said that Tokyo is hoping that Putin will be able to discuss the issue of the disputed Kuril Islands during his visit to Japan.

According to Komura, Tokyo is ready to conclude a peace treaty and to settle the dispute. In Moscow, the statement met with a positive response.

In an interview with the newspaper, the director of the Center for Japanese Studies of the Institute of Far Eastern Studies at the Russian Academy of Sciences, Valery Kistanov, noted that "the issue has suddenly become somewhat sensational. <...> But the positions of the parties remain principally divergent."

According to Kistanov, Japan does not want to spoil relations with Russia, especially since it had complicated relations with all its neighbors – China as well as South and North Korea. "Abe is concerned that Putin and Chinese President Xi Jinping have grown seriously close. The Japanese want, apparently, to drag Russia away from China a little," Kistanov said.

The date of Putin's visit to Japan is yet to be set.

Syrian government troops have abandoned Palmyra after several days of fierce fighting, and the city is now entirely in the hands of Islamic State (ISIS) jihadists, the business magazine Expert reports.

The magazine notes that this major victory for ISIS in Syria took place just days after a very important victory in Iraq, where the militants captured Anbar's provincial capital Ramadi.

In addition to the city’s historical and cultural heritage, the desert around Palmyra is rich in oil, Expert writes.

The taking of Palmyra, alongside the recent capture of Ramadi, has showed even the staunchest optimists once and for all that it is premature to write off ISIS. Baghdad and Washington talk of the successes of the Iraqi army and the coalition, which are bombing the positions of jihadists from the air, in what amounts to nothing more than wishful thinking, writes Expert.

The magazine stresses that the situation in Syria is further complicated for Washington by the fact that any air strikes by U.S. aircraft in the region of Palmyra will play into the hands of Syrian President Bashar al-Assad, for whom radical Islamists now seem to have become the number one enemy. But the White House does not want to help Damascus, writes Expert. 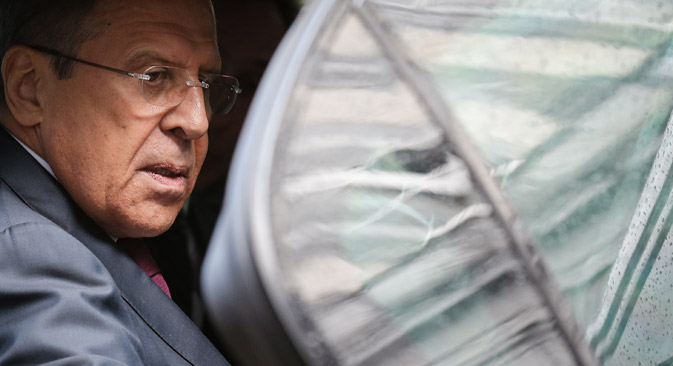