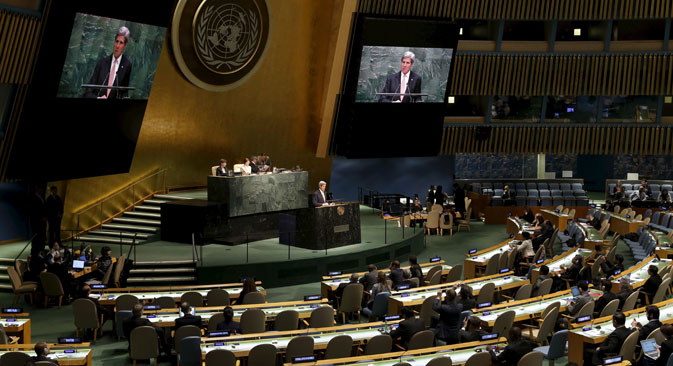 RBTH presents a selection of views from leading Russian media on international events, featuring a report on a last-minute failure at the NPT Review Conference in New York, as well as analysis of Ukraine’s new draft constitution and what appears to be a stabilization in Russian-U.S. relations.

The influential business daily Kommersant reports that the Non-Proliferation Treaty (NPT) Review Conference in New York, which lasted for nearly a month, has unexpectedly ended in failure: At the very last moment, the U.S. and its allies blocked the adoption of its final document.

The disagreement arose over one of the provisions of the document, on the need to convene a conference on establishing a zone free of weapons of mass destruction in the Middle East. That provision was fiercely opposed by Israel, which – not being a member of the NPT – attended the conference as an observer, the paper explains.

Most Russian and Western experts agree that Israel possesses nuclear weapons, although Tel Aviv neither confirms nor denies this, writes Kommersant. In the opinion of a member of the Russian delegation at the conference, a PIR-Center adviser, Vladimir Orlov, the situation whereby Israel, not being a signatory to the NPT, is – via the U.S. – influencing the outcomes of an NPT Review Conference “undermines the treaty.”

“There is a growing risk of talk of leaving the treaty because it does not take into account the interests of Middle Eastern countries,” Orlov told Kommersant.

The centrist daily Nezavisimaya Gazeta reports that the draft of the new Ukrainian constitution may envisage the possibility of granting a special status to any region of the country. The paper writes that the first regions invited to make use of this option will be Lugansk and Donetsk, where a fragile ceasefire between Ukrainian government troops and Russian-backed rebels is currently in place.

In an interview for Nezavisimaya Gazeta, analyst Sergei Rakhmanin said that the constitutional commission has taken into account the fact that a law on the special status of the Donbass region, which was passed last year, runs counter to the norms of the constitution.

“The draft amendments to the constitution include a flexible wording which makes it possible to grant additional powers to any region but not for good. When there is a law, there are special powers of the local authorities and the degree of influence of the central authorities that it sets. When there is no law, we return to the general rules,” he said.

Experts point out that Ukrainian President Petro Poroshenko’s team may be preparing the public for a scenario whereby the territories of the unrecognized Lugansk and Donetsk “people’s republics” will formally remain within Ukraine but will in fact operate as independent republics.

The head of the Ukrainian think-tank Penta, Vladimir Fesenko, says that as long as the Lugansk and Donetsk people’s republics exist, the Donbass cannot be fully integrated within Ukraine. For his part, analyst Sergei Rakhmanin said: “Some suggest that the two sides are trying to agree on a list of critical conditions that, if technically complied with, will make it possible to hold elections in the Donbass.”

Stabilization of relations between U.S. and Russia is diplomatic success

The Expert business magazine argues that although there is so far no talk of Russia’s relations with the EU and the U.S. returning to normal, the very fact that these relations have stabilized can be seen as a serious success for Russian diplomacy.

A string of visits by senior representatives of Western countries that had only recently been calling for the isolation of Russia was perceived by Russian analysts as proof that this policy of isolation has failed, says Expert. The U.S. and partly the EU want to minimize the risks created by the Ukrainian crisis in particular and a further rise in tensions with Moscow in general.

The magazine recalls that the Obama administration adopted a very tough position regarding the events of 2014 in Crimea and in Ukraine. However, the United States’ attitude to Russia has begun to change. Expert largely attributes this change to the fact that Moscow and Beijing have drawn very close lately. Washington realizes that if this rapprochement continues, the whole U.S. strategy of holding China back in Eastern Asia will fail. This explains why in May, the Americans accepted the Russian format of the negotiation process, and U.S. Secretary of State John Kerry and Assistant Secretary of State Victoria Nuland paid visits to Russia, writes Expert. 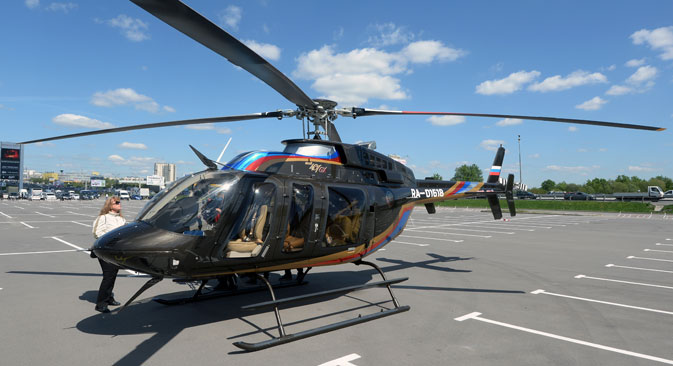 Read more: U.S. Bell helicopters to be assembled in Russia despite sanctions