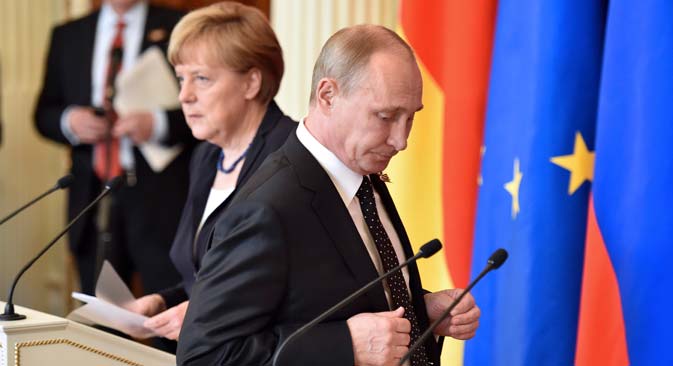 RBTH presents a selection of views from leading Russian media on international events, featuring a preview of the upcoming G7 summit in Bavaria, as well as analysis of a proposal made by Slovakian Prime Minister Robert Fico regarding the Turkish Stream pipeline during his visit to Moscow, and a report on the meeting in Paris of the international coalition against the Islamic State (ISIS) militant group.

“The reunion of Moscow with the G7 is not anticipated,” writes the centrist Nezavisimaya Gazeta newspaper, saying that Russian President Vladimir Putin is “the most undesirable person” at the upcoming G7 summit in Bavaria on June 7-8, which will be hosted by German Chancellor Angela Merkel. According to Merkel, Russia's actions in Ukraine are incompatible with it being readopted into the G8 format.

The newspaper explains that the G7 leaders see the world's most elite club as a society that is united by values such as freedom, democracy and rule of law. The West believes that the acceptance of Russia into the club in 1998 was a token of trust, which Russia has now lost after "flagrantly violating the principles of international law."

Nezavisimaya Gazeta writes that the G7 leaders are constantly speaking about toughening sanctions against Russia on the one hand and their readiness to engage in dialogue on the other. It is no surprise that a number of German politicians, including former Chancellor Gerhard Schröder, have criticized the decision not to invite Putin to the summit.

According to information from Washington, in Bavaria the leaders will discuss further economic measures that should be taken against Russia. "The elitist club seems united in its desire to keep Russia in quarantine. And this shows that the world's leading politicians have lost their ability to negotiate and find a compromise," concludes Nezavisimaya Gazeta.

Slovakia offers Turkish Stream use of its gas pipelines

The Vzglyad newspaper reports on Slovakian Prime Minister Robert Fico's visit to Moscow. Slovakia has offered to attach its Eastring gas pipeline system to the Turkish Stream pipeline. Bulgaria, Romania, Hungary and the EU also intend to participate in the project.

The publication reminds its readers that Turkish Stream, which plans to lay a pipeline under the Black Sea and establish a gas distribution hub in Turkey, is supposed to replace the now-defunct South Stream project to ship gas from Russia to Central Europe via the Black Sea and the Balkans. Turkish Stream will allow Gazprom to close its transit gas routes through Ukraine by 2019.

Konstantin Simonov, general director of the National Energy Security Foundation, said that Slovakia's proposal could be advantageous for Russia. However, he underlined that the main question is how Russian gas supplies will be transported from the Turkish and Greek borders, since Moscow has obligations to supply gas to the Central European gas hub of Baumgarten, in Austria.

Simonov added that Russia is willing to build new infrastructure, but Brussels is not permitting this by prohibiting Russian investments in EU territory: “It is in Russia's interests that a competition starts between projects supplying gas from the Turkish-Greek border to European consumers," he said. “The Eastring project is interesting because it proposes to use already existing infrastructures in a reverse order.”

Fractures show in meeting of international coalition on ISIS in Paris

The Kommersant business daily reports that as Islamic State (ISIS) militants advance in Iraq, representatives of more than 20 member states of the international coalition headed by the U.S. have discussed the strategy of countering the Islamists at an emergency meeting in Paris. The meeting demonstrated serious disagreements between the coalition members, who were unable to agree to new ways of neutralizing the global jihadists.

Experts say that the influence of ISIS will only grow. “ISIS has been able to gather an effective, combat-capable and solid armed force under its banner," said Rod Thornton, Professor from the Department of Defense Studies at London's King's College.

"Moreover, ISIS has an entire collection of sophisticated means of attracting new adherents, those willing to fight for the realization of a new world order. For radical Sunnites it is also a chance to die gloriously for their religion, while for the lower classes of society it is an opportunity to make money."

Grigory Kosach, Professor of History, Political Sciences and Law at the Russian State University for the Humanities, stressed that the ruling regimes of the Middle East are witnessing a systematic crisis. Kosach believes that the challenge of fighting the ISIS terrorists appears to be extremely difficult.

“Military means can be used to achieve temporary success, but it will be impossible to remove the problem without a serious change in the political system and the internal life of the Arab countries, countries that do not want to recognize the importance of this change. This means that ISIS will remain a force that is impossible to stop," said Kosach. 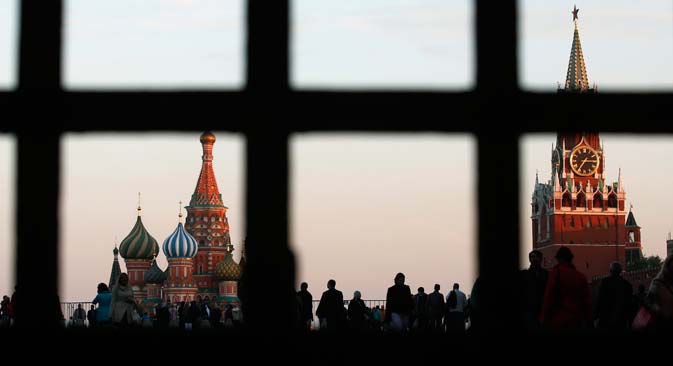