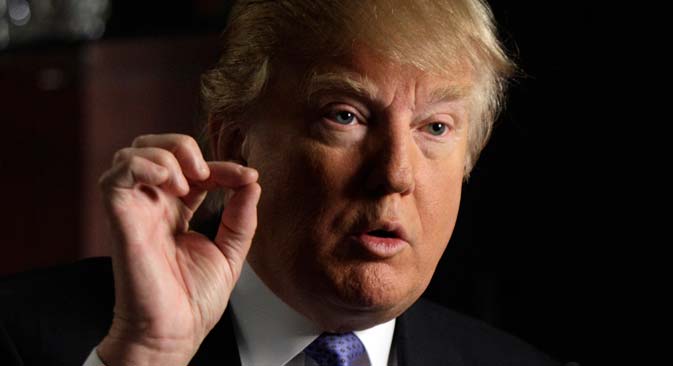 Will American billionaire Donald Trump be the next U.S. president? Source: AP

RBTH presents a selection of views from leading Russian media on international events, featuring reports on American billionaire tycoon Donald Trump’s announcement of his intention to run for U.S. president and the confirmation of the death verdict for former Egyptian president Mohammed Morsi, as well as analysis of the potential of the appointment of a new OSCE special representative to Ukraine to change the prospects of peace talks.

The Gazeta.ru online newspaper reports that American billionaire Donald Trump has announced his candidacy for U.S. president. One of his main goals is to prevent the appearance of "yet another Bush in the White House," referring to ex-Florida governor Jeb Bush, who has also recently announced his candidacy. Trump, like the Bush clan, belongs to the Republican Party and is trying to receive the party's backing, which is practically impossible since the party is hostile to him, writes Gazeta.ru.

"Trump is a contradictory figure," said Yury Rogulev, director of the Franklin Roosevelt Foundation of U.S. Studies at Moscow State University. "I don't think any political party would be happy having him as its candidate."

However, with the enormous financial resources at his disposal, Trump could run as an independent candidate. In the race for the White House, Trump may have the backing of certain business circles, but serious voters are unlikely to vote for him, said Rogulev.

Political analyst and Americanist Areg Galstyan thinks that Trump's election race will benefit from the absence of a clear favorite for the Republicans. Moreover, in a certain scenario Trump will be able to count not only on an effective PR campaign, but also on a high position in the White House. Galstyan does not exclude the fact that if Bush or Walker wins the Republican primaries, the winner may ask Trump to become vice president.

"Trump wields significant influence on Congress and I think that both Bush and Walker would want to have this kind of person on their team," Galstyan concludes.

The Vzglyad newspaper reports that Egypt's Criminal Court has pronounced the final verdict in the case of ousted president Mohammed Morsi, sentencing him to be hanged for his alleged role in a mass jail break in 2011.

The publication adds that the condemned has the right to appeal the verdict at the Court of Cassation, the country's highest judicial organ. In the event the verdict is upheld, Morsi can still be pardoned by Egypt's president. If the appeals are satisfied, the case will be reviewed.

The UN, the EU and Turkey have already condemned Morsi's death sentence. Vzglyad cites Director of the Center for Middle East and Central Asia Studies Semyon Bagdasarov as saying that coincidentally, last month the country’s former dictator Hosni Mubarak was freed, while his successor Morsi was sentenced to death.

"This is the result of an entire series of mistakes that Morsi made," says Bagdasarov. "Bringing the Muslim Brotherhood to power in Egypt."

The Moskovsky Komsomolets tabloid newspaper writes that on June 16 the Contact Group on Ukraine met again in Minsk. The publication reminds its readers that on the eve of the talks the OSCE’s special representative to Ukraine Heidi Tagliavini announced her resignation from the post. It is possible that she will be replaced by Austria's Permanent Representative to the UN Martin Sajdik, however, OSCE has said that the decision will made by the organization's chairman, First Deputy Prime Minister of Serbia Ivica Dačić.

Konstantin Bondarenko from the Ukrainian Policy Foundation stated that the Minsk platform is valuable to Ukraine and the unrecognized breakaway Donetsk and Lugansk “people’s republics” (DNR and LNR) because it offers an opportunity for dialogue.

"However, since the time of the February agreements nothing substantial has happened," said Bondarenko. "I don't think that anything will change with the arrival of the new OSCE representative. And if the new representative is someone associated with Russia, then there will not be any progress at all."

In turn, Mikhail Pogrebinsky, director of the Kiev Center for Political Research and Conflict Studies, remarked that in the corridors of Minsk everyone thinks that Sajdik is a neutral figure and no one would be against his appointment. "But it is unlikely he will he be able to influence the talks, since the plenipotentiaries of Kiev, the DNR and the LNR have very little authority to make responsible decisions," added Pogrebinsky. 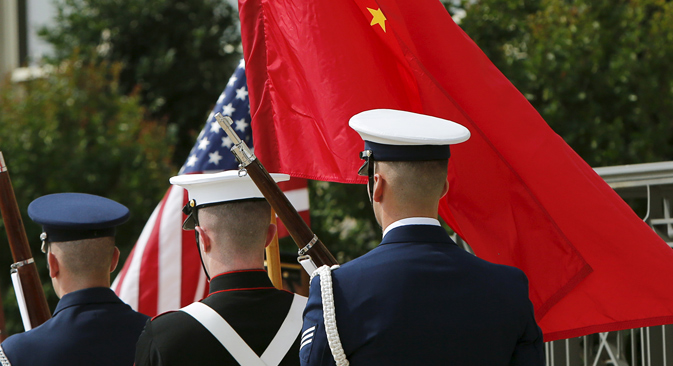