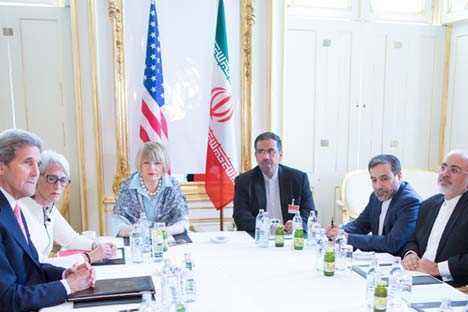 RBTH presents a selection of views from leading Russian media on international events, featuring reports on the visit of Syria’s Foreign Minister to Moscow, the talks on Iran’s nuclear program continue and recent election results from Moldova.

The signing of the final agreement on the Iranian nuclear program was to take place on June 30, the centrist daily Nezavisimaya Gazeta writes. However, many questions have not been cleared up since the beginning of the negotiations, while Iran's sudden change of tone does not add confidence for the prompt conclusion of the deal.

The newspaper explains that Iran does not intend to allow the IAEA inspectors access to its military facilities and has no plans to limit its nuclear research. However, it demands that sanctions be lifted immediately and that the lifting of sanctions not be linked with the implementation of its obligations. Negotiators from the six global parties involved in the talks are not ready to meet these conditions.

According to Vladimir Sazhin, a senior researcher at the Institute of Oriental Studies, all parties are interested in signing the final agreement. Sazhin notes that Iran's economy cannot develop in isolation from the rest of the world, as it already requires enormous investments in practically all sectors. At the same time Europe would gain access to Iranian oil and gas in the event of the withdrawal of sanctions.

The United States, in turn, could achieve political dividends. The transformation of a hostile Iran to at least a neutral power would allow Washington to strengthen its position in the Middle East, Sazhin concluded.

2. Moscow not withdrawing support for Syria

Syrian Foreign Minister Walid Muallem has paid a visit to Russia, the business magazine Expert reports. The very fact of this trip dispelled rumors that Moscow was withdrawing its support for the government of Syrian President Bashar al-Assad, the magazine writes.

Expert notes that Syria is one of Russia’s closest allies in the Middle East and provides Moscow a “key” to more active participation in the region's affairs. Additionally, the magazine points out that Russia is supplying Syria with the types of weapons that it needs, citing the statement of the Syrian Ambassador to Russia, Riad Haddad.

Meanwhile, the Islamic State (ISIS) radical militant group has already captured a large part of Syria’s territory and continues to step up pressure on government troops.

Moscow proposes fighting the militants collectively. Expert cites the statement of Russian presidential adviser Yuri Ushakov, who said that “in view of the extremely dangerous situation, [Russia, the EU and the United States] should forget old grudges and join efforts in the fight against ISIS.”

In reality, to achieve such a union would be extremely difficult, Expert notes. It could be a challenge to get Saudi Arabia on board in addition to Turkey and the United States, who are yet to determine their position on the issue.

The business daily Kommersant sums up local elections that took place in Moldova on June 28. The newspaper notes that the results showed the balance of power in the country largely remains the same, despite the recent corruption scandals in the country. These scandals caused a political crisis when the prime minister’s government resigned on June 12.

Businessman Renato Usatii’s opposition Our Party caused a furor, as its representatives managed to win in nine out of the 32 regional centers, as well as in three towns in Gagauzia, including its capital Comrat.

The country's main pro-Russian faction – the Socialists' Party – gained control of only two regional centers and lost in Chisinau.

The leader of the Socialists' Party, Igor Dodon, and Renato Usatii are considered two birds from the same nest, yet the results were quite different.

The former presented himself as a pro-Russian politician, while the latter focused less on his ties to Russia, but more on the slogan “Down with the thieves,” Valeriu Mosneaga, a professor of Political Science at Moldova State University, told the newspaper.

“Usatii took votes from both those that look to the east, and those that want to be in Europe,” Mosneaga said. 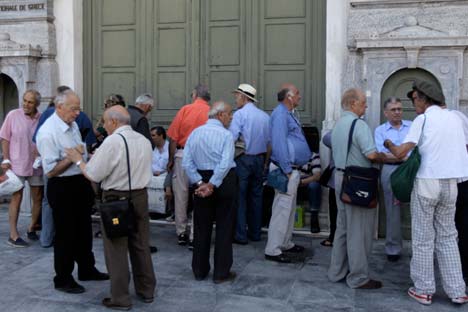