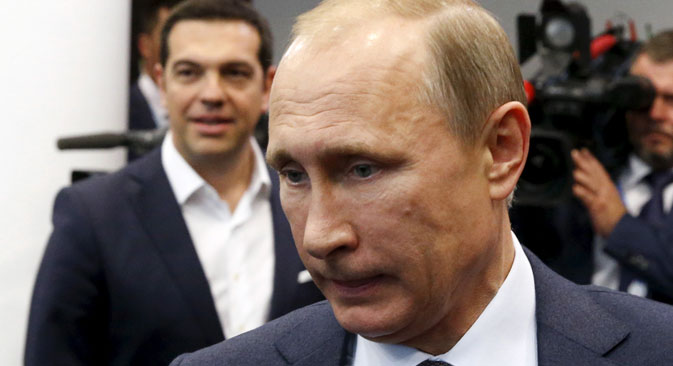 RBTH presents a selection of views from leading Russian media on international events, featuring reports on the possibility of Russian-Greek cooperation following the recent referendum in Greece, the dispersal of demonstrators in Armenia, and analysis of the growing significance of the Shanghai Cooperation Organization ahead of BRICS and SCO summits in Ufa.

Russian President Vladimir Putin appears to have been the first foreign leader with whom the Greek Prime Minister, Alexis Tsipras, discussed the results of Greece’s July 5 referendum on whether to accept the conditions set out for Athens by international creditors over repayment of its debts, the Russian business daily Vedomosti reports.

Additionally, adds the newspaper, the two leaders talked about “some issues of further development of Russian-Greek cooperation.”

Moscow Carnegie Center expert Alexander Baunov told Vedomosti that Tsipras will need to arrive at an emergency EU summit on July 7 as well-prepared as possible, and it would be to his advantage if he could say, “Putin is ready to invest in Greece so-and-so much within a year,” because it is obvious that some of the Europeans will talk with the Greek prime minister “through gritted teeth.”

On the other hand, Tsipras needs money “right now, for any project and on any conditions,” so he is very interested in easing sanctions and counter-sanctions. But it is hard to believe that Putin may be of interest to the EU as a negotiator with Greece, said Baunov. “This usually happens with people with whom they do not directly speak – with Iran or North Korea,” he says.

Tsipras' call to Putin is a clear attempt to put pressure on EU officials, director of the International Center for Defense and Security, Matthew Bryza, told the newspaper.

“Putin, of course, will try to use the current financial problems of Greece,” he said. “But Russia's own financial weakness is seriously hampering its ability to provide significant assistance to Athens.”

However, even if Moscow offers urgent financial assistance to Greece, it will only be to gain time to help Athens keep its banking system afloat and reach an agreement with creditors, said Bryza.

The business magazine Expert previews the joint summits of the BRICS grouping (Brazil, Russia, India, China and South Africa) and the SCO, to be held in Ufa on July 8-10. Citing The Financial Times, Expert writes that it is the Shanghai Cooperation Organization that the West is paying special attention to at the moment.

According to Expert, the SCO has become one of the most powerful economic and political institutions over the last decade. And although it is not spelled out in the charter, Washington believes – not without reason – that one of its main objectives is to squeeze the U.S. out from Asia by means of Russia and China, the magazine adds.

“Both we and the Russians are under constant pressure from the U.S. As long as America remains a hegemon, our relationship will continue to develop in this direction,” said Yan Xuetong, director of the Institute of International Studies at Beijing's Tsinghua University.

Russia's recent sharp turn toward Asia and the rapid strengthening of all kinds of relations with China not only gives additional weight to the SCO, but also makes it an organization of global significance, according to Expert.

In addition, Russia is seeking to strengthen its status as a great power with the help of the partnership with China. The magazine reminds its readers that Russian President Vladimir Putin and his Chinese counterpart Xi Jinping agreed to seek common ground between the Eurasian Economic Union and China’s Silk Road project at their most recent meeting two months ago.

The SCO, which includes the countries participating in both projects, is a very convenient platform to accomplish this task. SCO leaders will gather in Ufa to give the organization a new impetus to move forward, which is expected to be achieved due to the accession of India and Pakistan, and eventually possibly Iran, after the lifting of sanctions, writes Expert.

According to Gazeta.ru, 46 protesters were arrested during the operation, but the events cannot be described as a serious clash with police.

Caucasian expert and scholar Alexander Krylov said in comments to the website that the rally on Baghramyan Avenue was discontinued fairly painlessly because the forces interested in the protest have already achieved some intermediate goals. He does not believe that the protests were caused only by social reasons, drawing attention to the economic and political factors.

“What is happening is partly due to the constitutional reform that is being prepared by President Serzh Sargsyan to redistribute the powers of the executive authorities in favor of the head of the government, Krylov told Gazeta.ru.

This will allow Sargsyan, whose second term ends in 2018, to preserve full control over the country in his next post.

This is causing active discontent among some of the Armenian elite, which has also emerged during the street protests. At the same time, the expert believes, the only alternative to Sargsyan in the case of a change of power in the country is Armenia’s former president Robert Kocharian, who has a rather pro-Western stance. 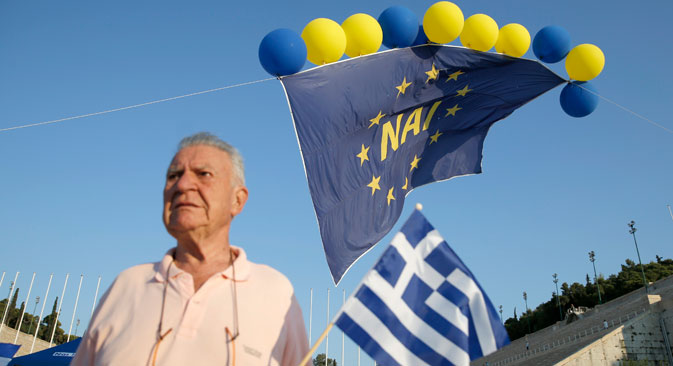