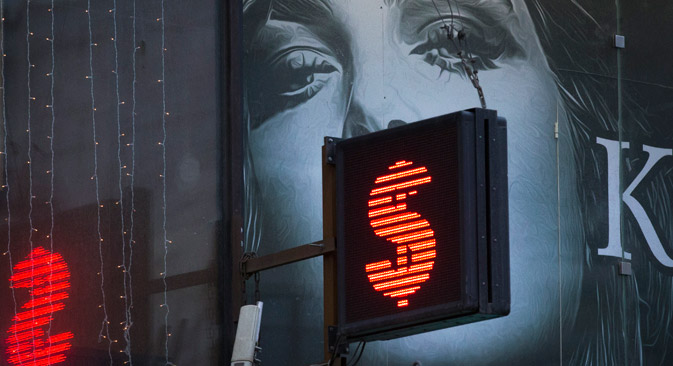 RBTH presents a selection of views from leading Russian media on international events, featuring reports on the possibility of more turbulence ahead for the Russian ruble, attempts by regional authorities in Russia to increase voter turnout at elections, and the threats to Russian business posed by the new American law on tax compliance, or FATCA.

The dollar may jump again up to nearly 70 rubles and more, writes the Russian daily Nezavisimaya Gazeta, citing a review of experts from the Sberbank Center for Macroeconomic Research.

They do not rule out a new exchange rate shock because of falling oil prices, which may occur after the influx of Iranian oil to the market and a decrease in demand from China.

At the same time, according to Sberbank's analysts, economic isolation even plays into the hands of Russia in this case – without it, things could have been worse. In their view, it reduces the country's vulnerability to external shocks. Now, the analysts say, the exit from the crisis will take longer, but “no catastrophic scenarios can be seen.”

However, director of the FBK Institute of Strategic Analysis, Igor Nikolayev, told Nezavisimaya Gazeta that the economy is not isolated enough to prevent the weakening of the ruble. Therefore, he expects a strong depreciation of up to 75 rubles per dollar by the fall.

Alexander Potavin, chief analyst at savings management company Upravleniye Sberezheniyami, is pessimistic too: The lifting of sanctions on Iran, a rise in U.S. Federal Reserve System interest rates closer to the end of the year and large foreign currency payments on foreign debt in December 2015 all pose potential risks for the ruble, he believes.

The lack of serious competition for incumbent governors and, as a consequence, the lack of voter interest in regional elections are forcing official candidates to resort to mobilization techniques, the business daily Vedomosti reports, citing a report by Golos, a public movement in defense of the rights of voters.

Golos’ experts note the increase in “ceremonial activity” by candidates (the number of trips to the regions has been increased), the growth of the role of election campaigns (which, however, are characterized by the use of administrative resources and the inequality of candidates in their access to the media, the report says) and operations to discredit opposition parties.

However, as political analyst Konstantin Kalachyov told Vedomosti, it is not necessary to encourage voter participation; what is most important for the authorities is to have the elections pass without scandal, as there will be a 40-percent voter turnout in any case.

According to him, Golos is simply exaggerating. Nobody has done away with counter-propaganda, said Kalachyov, it is clear that the authorities will try to discredit the opposition. “Although it is infighting that creates more problems for the opposition,” he added.

The non-banking financial sector was first to suffer. Fearing sanctions from Western counterparts, Russian banks and non-bank credit organizations began to demand that fellow financiers from related sectors register with the U.S. tax authorities, threatening them with a “deterioration of the operating environment” –from more stringent control to the closure of accounts. Eliminating risks by adhering to the FATCA will cost MFIs (monetary financial institutions), non-state pension funds, brokers, insurers and others dearly; the costs of complying with the legislation are estimated at tens of millions of rubles per player.

The problem with the divergence in the understanding of whom FATCA applies to emerges not for the first time, according to Dmitry Chistov, an independent expert in the field of compliance and combating money laundering and the financing of terrorism, who says this is connected with the fact that the American law contains only general descriptions of the activities of financial institutions.

“The so-called gray areas, where it is unclear whether or not to classify, for example, MFIs as financial institutions, existed from the very beginning,” Chistov told Kommersant.

“If the U.S. and Russia had signed the intercountry agreement (this fell through in spring 2014), the countries could agree on what categories of individual are not considered financial institutions under the FATCA,” said PwC Legal CIS partner Maxim Kandyba.

In such a situation, the problem with MFIs is just the tip of the iceberg, experts say. According to Kandyba, as of now, 20-30 percent of the banks' client bases may be recognized as non-aligned financial institutions. 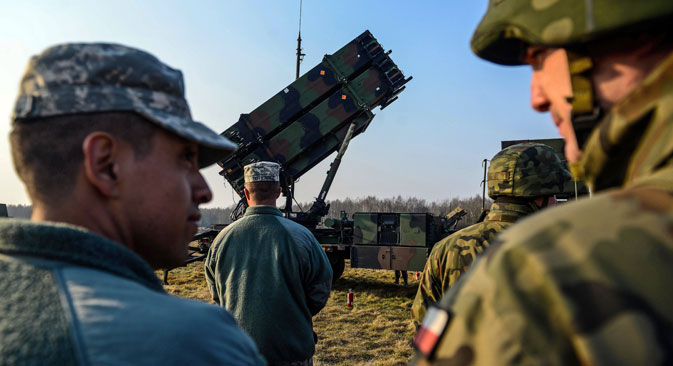