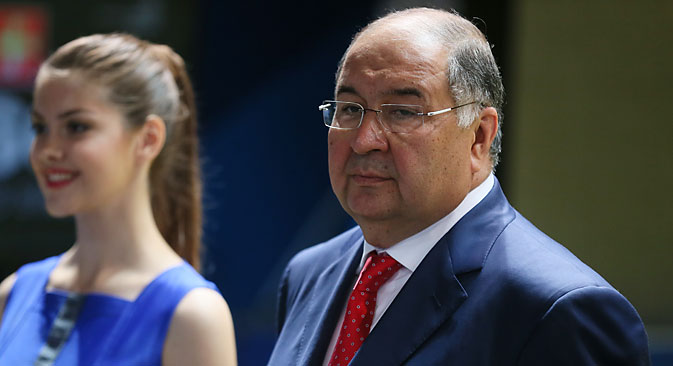 RBTH presents a selection of views from leading Russian media on international events, featuring reports on an increase in the numbers of Russian billionaires over the last year, formal complaints against ridesharing service Uber in Russia, and analysis of the visit by a delegation of French parliamentarians to Crimea on July 23.

Number of billionaires increases in Russia despite weak economy

The daily broadsheet Izvestia cites the Federal Fiscal Service as saying that, despite the weakening economy, last year the number of wealthy Russians increased. The number of taxpayers who in 2014 declared an income of over one billion rubles ($17 million) grew by 5.8 percent, from 292 to 309 people. The number of millionaires and multi-millionaires also grew.

Earlier, the New World Wealth consulting company reported in a study that there are more than 82,000 dollar millionaires living in Russia, more than 52,000 of whom live in Moscow.

According to experts, this formal growth in revenues is due to the devaluation of the ruble, as well as to the de-offshoring campaigns carried out by the government.

"We see that many well-to-do clients are transferring a part of their offshore capital to Russia," said Mikhail Orlov, manager of the fiscal-juridical department at KPMG.

"Thanks to lengthy currency exchange fluctuations many citizens have been able to adapt to the situation and make a profit," remarked Roman Terekhin, partner at Delovoi Farvater. "It was possible to make money on the exchange spikes, the price increases on imports and so on."

The Kommersant business daily writes that the Russian Auto-owners Federation (RAF) has made formal complaints to the Prosecutor General's Office, the Federal Antimonopoly Service and the Public Chamber about the popular Uber, Gettaxi and Yandex.Taxi smartphone-based taxi services.

The RAF says that the distribution of the app in the regions will lead to the monopolization of the taxi market, while the practice of paying drivers an additional amount for their collaboration with the services is legally suspect. The RAF is asking for criminal charges to be brought for the commercial buy-off of the services' management.

With the help of low taxi tariffs, the mobile app is able to recruit a large number of taxis for carrying out orders, say the authors of the claim. "However, with the reduction of the tariff the earnings of the driver are also reduced," they noted.

Thus the services reduce the tariffs for citizens while promising drivers rewards. Moreover, the RAF remarks that the tariffs do not include expenses for the services' security and quality. The other players on the taxi market are becoming uncompetitive and are being forced to lower their tariffs to the detriment of their earnings.

French delegation’s visit to Crimea is important sign for Moscow

The Vedomosti business daily writes that on July 23, Russian State Duma President Sergei Naryshkin (from the United Russia Party) met with a delegation of French parliamentarians headed by Thierry Mariani, a member of the National Assembly. Eight out of the 10 parliamentarians who arrived in Moscow are members of the center-right Republican Party (the UMP until recently), which is headed by France’s former president Nicolas Sarkozy. Immediately after the talks with their Russian colleagues they departed for Crimea, where they intend to meet with the local authorities and population.

"Unfortunately, the French reality proves the destructive action of the sanctions," said Mariani. "I would like to underline that the sanctions touch not only Russian interests, but also those of France."

A backlash against the “anti-Russian hysteria” is currently underway in Europe, said Leonid Slutsky, member of Russia’s nationalist LDPR party and Chairman of the State Duma Committee for the CIS. According to Slutsky, this is not the only initiative by Western parliamentarians, but any wishing to visit Russia are subject to pressure.

Although the visit by the French parliamentarians is unofficial, it is an important sign for Moscow, since besides political contacts it is necessary to establish dialogue on a social and expert level, says Dmitry Danilov, Director of the European Security Department at the Russian Acadmey of Sciences’ Institute of Europe.

"Italians and delegates from other countries can also come, but this will not change the mainstream attitude toward Russia," said political analyst Alexei Makarkin. "Even if Sarkozy wins the elections, it will not influence the West until Russia makes some serious concessions."