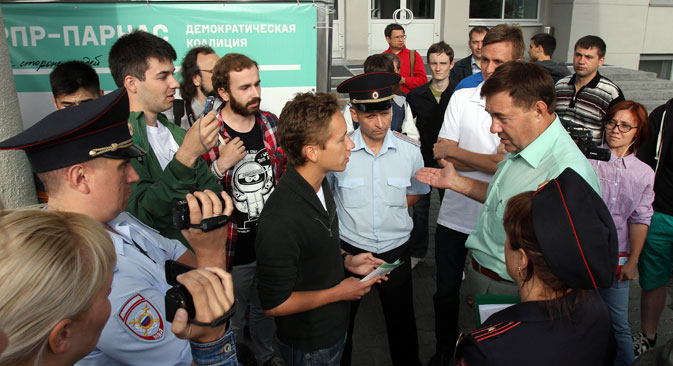 The election committee in the Novosibirsk region has denied registration to PARNAS party lists at the polls in the regional legislative assembly. Source: Kommersant

RBTH presents a selection of views from leading Russian media on international events, featuring reports on local authorities’ refusal to register the RPR-Parnas opposition coalition in regional elections in Novosibirsk, and the deployment of nuclear bombers in Crimea, as well as an interview with former deputy Pentagon chief Paul Wolfowitz.

The Novosibirsk election commission has refused to register the party list of the Democratic Coalition (based on the RPR-Parnas alliance) for regional elections, writes the centrist daily Nezavisimaya Gazeta.

The electoral commission dismissed the collected signatures as “fabricated,” even though – as the head of the Democratic Coalition’s campaign in Novosibirsk, Leonid Volkov, pointed out – handwriting experts failed to find even a single fabricated signature.

The coalition, an alliance of opposition parties RPR and Parnas, is led by opposition figurehead, politician and lawyer Alexei Navalny and former prime minister Mikhail Kasyanov.

The liberals see what happened as a purely political decision. For example, signatures were rejected as defective if the passport of the signatory was not listed in the database of the Federal Migration Service.

But Volkov claims that the signatures were checked against one-year-old databases – so that the system did not see any documents issued less than a year ago. The opposition would-be candidates have already announced that, in any case, they will appeal the decision of the electoral commission to higher authorities and courts.

Experts, however, believe that a chance still remains for the democrats to participate in the federal election, since previously Moscow strongly recommended the regional authorities not to hinder RPR-Parnas from being registered.

According to the head of the Political Expert Group, Konstantin Kalachev, Novosibirsk did not heed these recommendations.

Alexei Makarkin, first vice-president of the Center for Political Technologies, believes that the watchdog logic of regional authorities has triumphed there, and if the Kremlin chooses not to allow the opposition to the State Duma elections, “it can come up with any reasons, for example, to revoke the party registration.”

The news website Gazeta.ru has published an interview with former head of the World Bank and ex-Pentagon deputy chief Paul Wolfowitz.

“I believed that Russia was becoming part of the West, since Russia is largely a European country <...>. However, what is happening today is a kind of revival of the ‘Cold War,’” said Wolfowitz.

According to him, avoiding a new “Cold War” is only possible if Russia returns to the path on which it was in the 1990s – to the path of democratic reforms, integration into European institutions and compliance with the security treaties that it concluded.

However, Wolfowitz believes the goal of Russian policy is now to destabilize Ukraine as a warning to those who think about removing corrupt dictators from power, as Ukrainians did a year ago.

Answering a question from the website about what he thinks of the idea of supplying lethal weapons to Ukraine, the Pentagon's former deputy chief said: “I think this is an important principle that people are willing to fight for their freedom and independence. And they must have the means for doing this.”

Wolfowitz pointed out that the ceasefire currently in force in eastern Ukraine is not a genuine truce, and if the strengthening of Ukrainian military power will provide a real truce, it is good for Ukraine to have such a lever [lethal weapons].

As for the partnership between Russia and the United States in the fight against the Islamic State (ISIS) radical militant group, Wolfowitz noted that it needs a fundamental change in Russia's approach to Syria.

Russia will not deploy nuclear bombers in Crimea

The Russian Defense Ministry has officially abandoned plans to deploy a squadron of Tu-22M3 long-range bombers in Crimea, the daily tabloid Moskovsky Komsomolets reports, even though the idea of relocating bombers to Crimea has repeatedly been voiced by sources in the Defense Ministry and even the Foreign Ministry, the newspaper reminds its readers.

According to some experts, from Crimea the Tu-22M3 could reach NATO bases in Eastern and Southern Europe, and virtually anywhere in Western Europe. Therefore,   the deployment of strategic bombers in Crimea could serve as a real deterrent for adversaries of Russia, writes Moskovsky Komsomolets.

At the same time, Viktor Murakhovsky, a military expert and the editor-in-chief of the Arsenal Otechestva military magazine, told the newspaper that there is really no need to place the Tu-22M3 in Crimea.

“This is an operational-strategic-level aircraft, it can operate from its bases in central Russia,” he said. But the main threat is that if the strategic bombers are placed in Crimea, they will immediately fall under the tactical resources of NATO (for example, the naval forces in the Black Sea region). 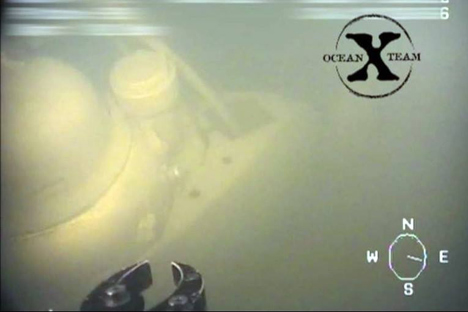