Press Digest: DNR and LNR call for extension of Minsk accords until 2016 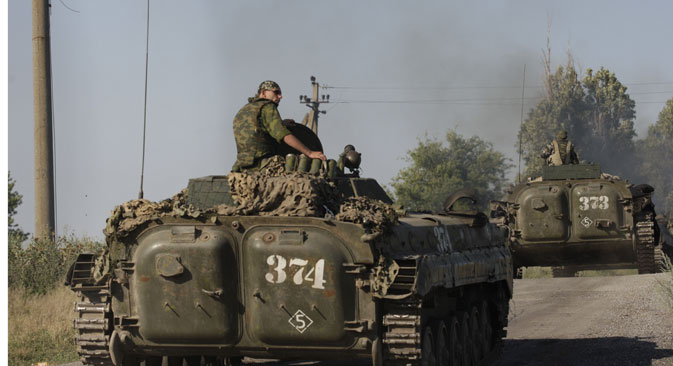 The DNR militia in the east of Ukraine withdraw their 100mm small calibre heavy armaments from the front lines in Donetsk, Ukraine on July 21, 2015. Source: Getty Images / Fotobank

RBTH presents a selection of views from leading Russian media on international events, featuring a report on calls by the rebel “republics” in eastern Ukraine to extend the Minsk peace agreements until 2016, and news of ruling party United Russia’s decision not use the image of President Vladimir Putin in its campaign for upcoming parliamentary elections, as well as analysis of the differences in the Russian and U.S. approach to combating the ISIS radical Islamic group.

Representatives of the self-proclaimed Donetsk and Lugansk “people’s republics” (DNR and LNR) in the Donbass region of eastern Ukraine said at a round table in Moscow on Aug. 12 that they support European Parliament president Martin Schulz’s proposal to extend the Minsk peace agreements through 2016, reports Russian business daily Vedomosti.

Proposals to prolong the peace accords signed in the Belarusian capital in February 2015 have been heard increasingly frequently of late, writes the newspaper. These agreements provide for a ceasefire, disengagement, a political settlement and elections in the Donbass, after which the border with Russia should come under the control of Ukraine.

Only two of 13 points in the agreement have so far been implemented – on the work of the contact group and monitoring. The two sides still have time to carry out the points on the ceasefire and the withdrawal of weapons, said the director of the Center for Political Conjuncture, Alexei Chesnakov.

Ukraine does not have time to fulfil the points on the “modalities of the elections and constitutional reform,” said Chesnakov. The laws of Ukraine do not provide for local elections in the DNR and LNR at the moment, so if such a law is adopted, they will be held no earlier than November, he believes.

However, according to Vladimir Aryev, a member of the Petro Poroshenko Bloc in the Verkhovna Rada, Ukraine’s parliament, the question is not a matter of time, but of the desire to implement these agreements.

According to him, the self-proclaimed republics should first “stop shelling Ukrainian troops, including with prohibited weapons.” Ukraine is ready to fulfill all its obligations, but so far, “the separatists don't give a damn about the signed papers,” said Aryev.

Russia’s ruling party United Russia does not intend to apply to Russian President Vladimir Putin for permission to use his image in its campaign for the upcoming State Duma (parliamentary) elections in Sept. 2016, reports business daily Kommersant.

A source in the Kremlin has told the publication that the future federal campaign will rely on the party itself as much as possible. According to United Russia members, the party protects the president’s rating.

“On the contrary, the party must do everything to cope on its own with the political objectives that are assigned to it,” the Kremlin source told Kommersant.

Kommersant quotes the CEO of the Moscow-based International Institute of Political Expertise, Yevgeny Minchenko, as saying that the decision is a completely “justified move.” Because the “main elections will be not in 2016, but in 2018,” he said, referring to the presidential election.

About 15,000 Islamic State (ISIS) terrorists have been killed by U.S. air strikes, says the centrist daily Nezavisimaya Gazeta in an editorial.

But the number of those who are willing to fight for ISIS is constantly growing due to the influx of foreigners, including Russians. Despite the fact that ISIS is banned in Russia, many mercenaries come to Syria and Iraq from the Russian republics of the North Caucasus, writes Nezavisimaya Gazeta.

According to the Russian Security Council, up to 2,000 natives of these republics are receiving combat experience in the ranks of ISIS. Some of them have already returned home and could pose a real threat.

Moscow believes that, to defeat ISIS, the U.S.-led coalition should “forgive” Syrian President Bashar al-Assad and unite with the regime, which is seen as illegitimate in the West.

But this is absolutely unacceptable to Washington, with Secretary of State John Kerry continuing to insist that the U.S. is seeking the resignation of the Syrian leader.

Moreover, the U.S. administration has permitted air strikes on any groups in Syria, including Assad’s forces, which commit hostile acts against opposition groups.

Russia must realize that it will be successful in the global fight against ISIS only if the allies can manage to unravel the complicated tangle of contradictions and conflicting interests in the Middle East, says Nezavisimaya Gazeta. 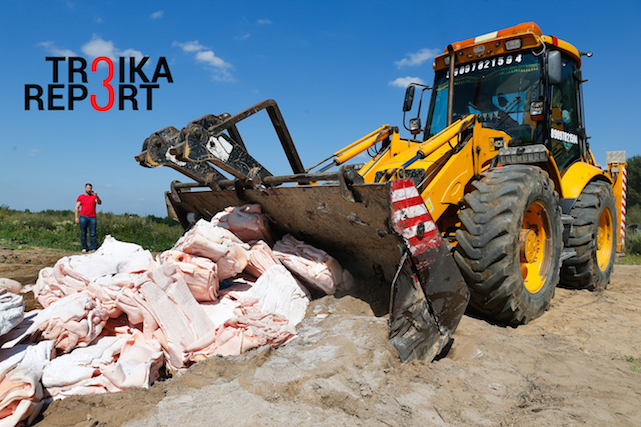 TROIKA REPORT: Food cremation is symbol of Moscow’s defiance of the West