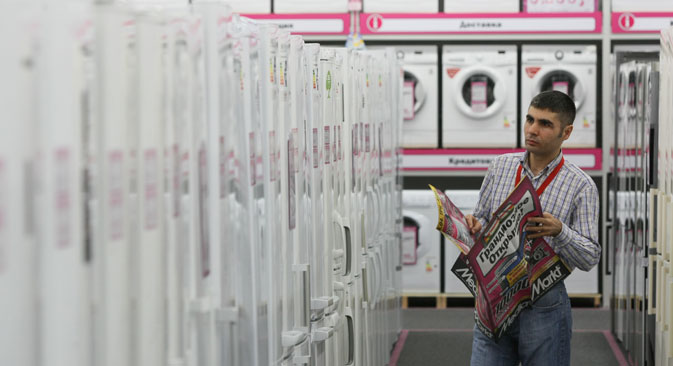 RBTH presents a selection of views from leading Russian media on international events, featuring reports on a drastic growth in sales of appliances and furniture, the theft of diamonds from the state vault, and the cancelation of a visit to New York by a delegation from Russia’s Federation Council in protest at visa restrictions.

In anticipation of a new growth in prices due to the falling ruble, Russians have again started buying appliances and furniture, reports the business newspaper RBK. Earlier this week, retailers recorded a sales growth of between 10 and 80 percent compared to the previous week.

The significant increase in demand against the background of the falling ruble has been confirmed by large retailers.

For example, in the first two days of this week, the online store Wikimart recorded an increase in orders by 30 percent compared to the previous week, Wikimart’s director of strategic planning Denis Kiselyov reported.

Products in the medium-high price range were the most in demand, he said; sales of TVs and washing machines have doubled, while sales of refrigerators have grown more than by 25 percent.

“This is already like a tradition; after sharp fluctuations of the exchange rate, the population begins to buy goods for future use, thus trying to hedge against future price increases,” said Kiselyov.

In mid-December last year Muscovites flocked to appliances and furniture stores as the ruble devalued sharply, with consumers clearing the shelves of products that they feared could go up in price after the New Year holidays. Retailers reported a sales growth of two or three times at that time. The most popular items among Russians trying to protect their savings were washing machines, refrigerators, TVs, laptops and digital equipment.

Severalmaz claims that a number of rough diamonds with a total weight of more than 150,000 carats submitted to Gokhran for mandatory sorting have been replaced with ones of inferior quality.

Several large stones with a minimum insurance value of $500,000 – which is significantly lower than a market valuation – have disappeared altogether. According to a source, one of the missing diamonds had a weight of over 23 carats.

Sergei Goryainov of Rough & Polished (the industry’s news agency, which covers all aspects of the international diamond business) believes that if the replacement of rough diamonds in Gokhran is confirmed as fact and a criminal investigation is launched, “it will be an unprecedented blow to Gokhran’s reputation.”

“The system of state control over the circulation of rough diamonds in Russia has been so far considered the global standard, because it allows the tracking of the movement of almost any stone from extraction to sale,” said Goryainov.

Severalmaz has appealed to Gokhran and the Ministry of Finance for clarification. The investigation is currently being carried out by a special commission.

Russian parliamentarians and the Foreign Ministry are outraged by restrictions on the visa U.S. authorities have granted to the chairwoman of the Federation Council, Valentina Matviyenko, reports the tabloid newspaper Komsomolskaya Pravda.

“We received with indignation the decision of the U.S. side, which resulted in the termination of the participation of the chairwoman of the Federation Council, Valentina Matviyenko, in major international events in New York,” the Ministry of Foreign Affairs said in a statement.

“Issued after long delays, the visa contains a number of unacceptable restrictions on Valentina Matviyenko’s stay in the U.S.”

In accordance with the visa restrictions, Matviyenko would not be able to go farther than 25 miles from downtown Manhattan, where the headquarters of the UN are located.

In addition, according to the Foreign Ministry, the visa has been issued only for three days – from Aug. 29 to 31, while the working trip of Matviyenko and the group of senators to the U.S. was scheduled from Aug. 29 to Sept. 2.

In New York, Matviyenko planned to speak at the World Conference of Speakers of Parliament, participate in a meeting of women speakers – both of these events are held under the auspices of the Inter-Parliamentary Union – and meet with UN Secretary General Ban Ki-moon.

“In particular, the visa does not allow to participate in any meetings and other events held by the Inter-Parliamentary Union,” Foreign Ministry spokeswoman Maria Zakharova explained.

“In these circumstances, the visit of the Russian lawmakers' delegation headed by Valentina Matviyenko to New York has become impossible.” 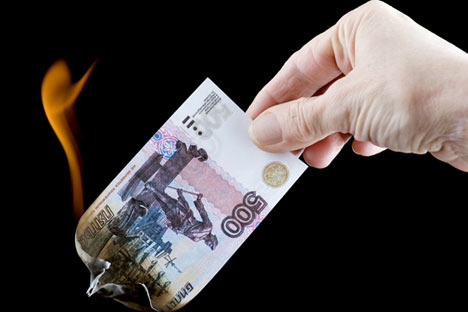