What are the chances of a Russian second front in Iraq? 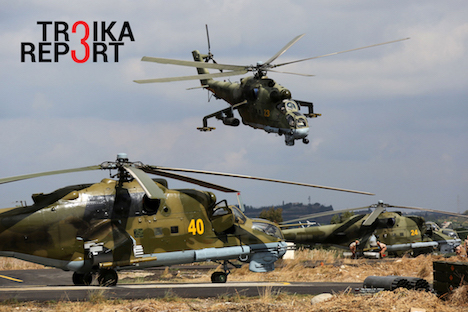 The recent hints that the government in Baghdad is contemplating the option of bringing Russia’s military machine “on board” to fight ISIS on its territory both highlights the role of Moscow as the newly assertive player in the Middle East and raises fears that lessons of the “imperial overstretch” the USSR learned the hard way in Afghanistan in the 1970s have been thoughtlessly forgotten. 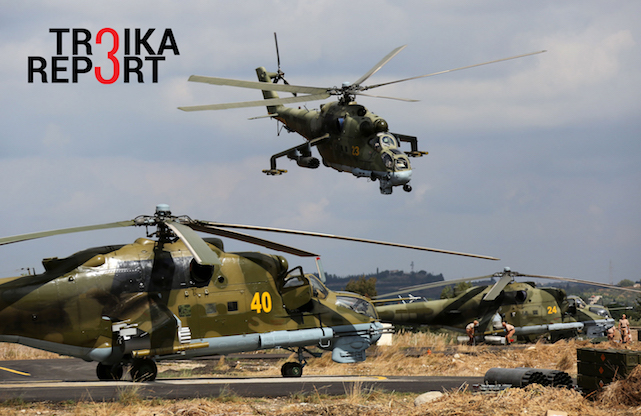 The likelihood of Russia opening up a “second front” in Iraq is being widely debated, as well as the motives of the leadership in Baghdad. One argument seems to be the psychological gains of the first round of Russian air strikes on targets in Syria, which have created a sympathetic attitude among the Shia population, who are comparing it with the modest achievements of the year-long campaign of the U.S.-led coalition.

“Many Iraqis also harbor resentment at the extravagant and unfulfilled expectations that the American occupation should have rebuilt Iraq. Steeped in conspiracy theories, some say that the Islamic State’s persistence on the battlefield can only be a grand design of Washington,” Michael Gordon, observer for The New York Times revealed in a recent article for the newspaper.

The author also quoted Mohammed Hussain Hakim, a prominent Shiite cleric, who explained the grassroots feeling in the country: “The Iraqi street wants effective, practical engagement against ISIS. It is not about Russian military intervention per se,” he said.

The general mood among the Shiite majority is reflected in Facebook posts with a photoshopped image of President Putin dressed in the robe of a southern tribal sheikh and statements made by top officials. Hakim al-Zamili, the head of Iraqi Parliamentary defense and security committee, alleged that a formal request could be sent to Moscow with an invitation to launch air strikes on ISIS inside Iraq.

Moreover, al-Zamili suggested that one day the Russia-led anti-ISIS coalition might substitute the U.S.-led coalition.

Prime Minister Haider al-Abadi of Iraq remains more reserved, yet, speaking on the PBS NewsHour program, he made a telling admission, saying: “Inside Iraq, there are very dangerous guys, so I think to have the Russians on board will help me.”

Experts are split in their assessment of the probability that Russia will expand its military operation in the region and start a campaign against ISIS in Iraq as well. Is this really a possibility? Yevgeny Satanovsky, president of the Moscow-based Institute of Middle East Studies, mentioned two prerequisites in his comments toTroika Report:

— The fact is that the political class in Iraq is disunited, many groups and clans are opposed to inviting Russia, and should this happen, it might provoke a fundamental destabilization.

“The problem is that there is no unified country any more. There are areas controlled by the Kurds, areas administered by the Shiites, areas dominated by the Sunnis, areas under the rule of the terrorists. Iraq as it existed some 10-15 years ago does not exist any longer.

“If the Prime Minister of Iraq and his government invite Russia, I believe the Kremlin will consider all the options, and whether we can influence the course of events in Iraq. If Putin decides that this is a reasonable line of action, it will happen. If not, nothing will happen. We shall leave it to the Americans and their allies.

“The most interesting thing today is:  If the U.S.-led coalition was successful, not fully but at least partially successful, why would the Iraqi Prime Minister discuss the option of Russia joining the fight against ISIS in Iraq as well?”

This all might sound probable if it were not for the internal feuds and divergence of interests and opinions within the Iraqi political class and society. Grigory Kosach, professor of Oriental Studies at the Russian State University for Humanities, clarified to Troika Report that powerful forces are opposing the idea:

The Iraqi Kurds, as well as the Sunni clergy and opinion-makers, consider it to be detrimental to their national interests. Should Prime Minister Haider al-Abadi decide in favor of such a move, he would be advised to first get the approval of all stakeholders. However, if he acts on his own, it would be considered a unilateral decision and would provoke political destabilization, emphasized professor Kosach.

It is reported that when striking at ISIS targets Iraqi fighter jets are already using as guidelines the intelligence data provided by the Russians through the Baghdad coordination center set up by Moscow, Tehran and Damascus.

However, judging by the statement of Russian Foreign Minister Lavrov, Moscow is limiting its military involvement to the Syrian front. It looks like this is as far as it wishes to go, at least for the moment. Russia appears to have drawn a red line for itself, leaving Iraq and the task of clearing it of Islamist jihadists to other members of the informal Russia-led anti-ISIS coalition. 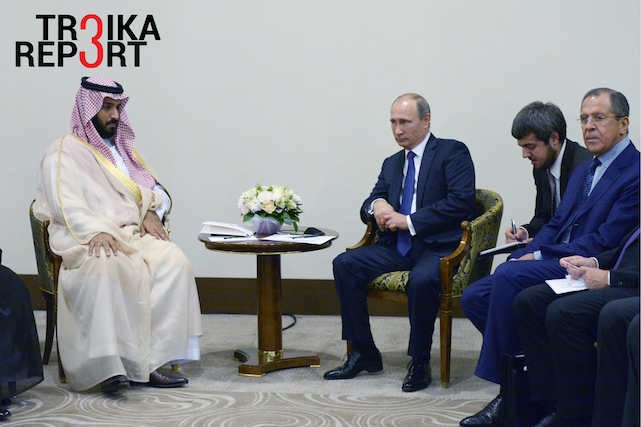 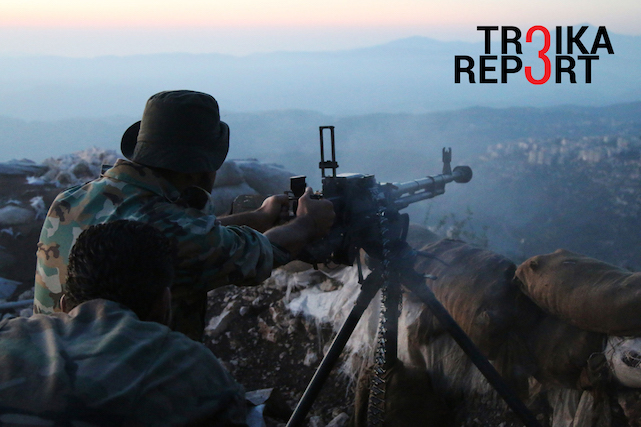