Press Digest: No cooperation with Montenegro if it joins NATO, says Russia 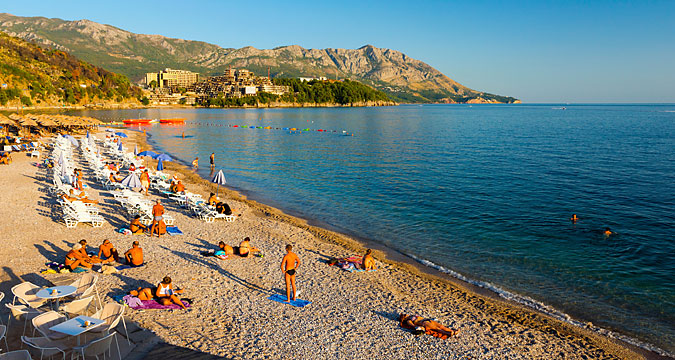 Alamy/Legion-Media
RBTH presents a selection of views from leading Russian media on international events, featuring reports on Russia’s reaction to NATO’s invitation to Montenegro to join the alliance, the publication of a survey on the impact of sanctions against Russia on German businesses, and the growing popularity of “Black Friday” in Russia.

The Vedomosti business daily reports that foreign ministers of the NATO member states have invited Montenegro to join the alliance.

NATO Secretary General Jens Stoltenberg underlined that the decision to have Montenegro join NATO is not directed against Russia. However, Vedomosti cites British daily The Telegraph as writing that last year Russian Foreign Minister Sergei Lavrov had called Montenegro's possible unification with NATO "provocative and irresponsible."

In the middle of November the lower house of Russia’s parliament, the State Duma, addressing the parliaments of Montenegro, the NATO countries and the OSCE (Organization for Security and Co-operation in Europe) countries, stated that it was against Montenegro joining NATO, emphasizing that "the bloc approach to guaranteeing security" and "including countries in military alliances" are political instruments from the Cold War.

The Duma indicated that "the Milo Dukanovic regime's aspiration to join NATO contradicts the will of an overwhelming part of the country's population" and "deals a blow to traditionally friendly Russian-Montenegro relations."

Viktor Ozyorov, сhairman of the Federation Council Committee on Defense and Security, said on Dec. 2 that Russia will end its joint programs with Montenegro if it joins NATO.

According to Foreign Ministry Press Secretary Maria Zakharova, NATO's decision to begin talks with Montenegro on it entering the North Atlantic bloc will greatly complicate relations between Russia and the alliance.

Sanctions against Russia having effect on German business

The Kommersant business daily reports that head of the Russian-German Chamber of Commerce Rainer Zele has presented the results of a survey on the impact of economic sanctions on German businesses in Russia.

According to the survey, 65 percent of the companies say that the sanctions have affected their business in Russia (in August 2014 their share was 38 percent). Large corporations were hit by the financial sanctions introduced by the EU, while other businesses were affected by Russia's counter sanctions in the agrarian and food sectors: 74 percent of companies have registered a fall in turnover since March 2014.

With these results in mind, the majority of the companies hope the sanctions will be partly lifted. Additionally, almost 80 percent of the respondents do not believe that the sanctions have influenced Russia's foreign policy.

Bilateral commodity turnover between Russia and Germany in 2014 fell from 76 billion to 67 billion euros ($80-71 billion), and 2015 indicators promise to be even more negative. However, writes Kommersant, the German government still links the softening or canceling of the “anti-Russian sanctions” not to economic reality but to the realization of the Minsk agreements on resolving the conflict in eastern Ukraine.

‘Black Friday’ catching on in Russia

The RBK business daily writes that on the weekend on Nov. 29-30 a mass-scale "Black Friday" sale took place in Russia. For a third consecutive year the event was organized by the Black Friday company, which hooked up 300 salesmen to the single Blackfridaysale.ru online platform. According to the organizer, about 150,000 goods and services were put on sale and retail discounts reached 90 percent.

Test: Could YOU survive Russian winter?

This year "Black Friday" went beyond the confines of the Russian internet community. Many large companies also adhered to the event with their retail stores and pickup points. Meanwhile, many retailers and online platforms decided to hold independent sales, bypassing the Blackfriday.ru platform.