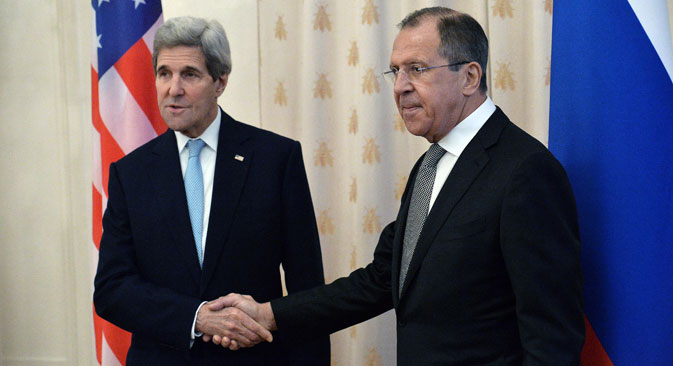 Ramil Sitdikov / RIA Novosti
The U.S. and Russia agree that ISIS is a common threat for all countries

U.S. Secretary of State John Kerry is hopeful that Russian Foreign Minister Sergei Lavrov will attend a meeting on Syria scheduled to take place in New York at the end of this week.

Speaking at his meeting with Lavrov in Moscow on Dec. 15, Kerry said "despite the disagreements existing between Russia and the United States, Russia has shown that it is possible to work and cooperate in an effective manner."

The United States and Russia agree that the Islamic State (ISIS) is a common threat for all countries and negotiations with the terrorist organization cannot be held, US Secretary of State John Kerry said.

"Russia and the United States agree that [ISIS] is a threat to everybody, to every country, [and] that there is no negotiation," Kerry said.