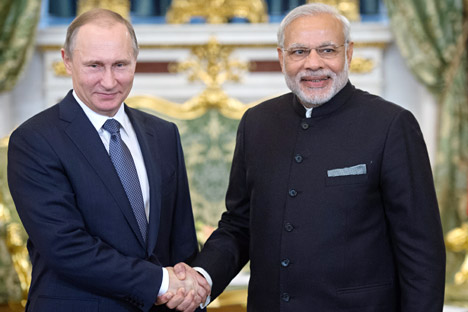 Sergey Guneev/RIA Novosti
Vladimir Putin, and Narendra Modi reconfirmed the importance of the strategic partnership between the two countries. During the Indian Prime Minister’s visit to Russia, they also stressed the need for closer cooperation in various fields. However, several crucial defence contracts which were expected to be signed, did not materialize this time.

The countries also signed a protocol amending a previous agreement on simplification of the visa regime for diplomats and businessmen; the need to simplify travel between the two countries has long been a demand by representatives of the business community.

“We have had excellent conversations over the past two days and very productive outcomes. It has deepened my conviction that this relationship truly meets the test of a special and privileged strategic partnership,” said Modi after the talks in Moscow. “We have laid the foundation of the future character of our strategic partnership,” he added.

Modi called Russia a prominent partner of India’s economic transformation. He urged Russian businesses to invest in various sectors of the Indian economy, to focus special attention on the “Make in India” programme, which aims to transform India into a global manufacturing centre.

The agreement on the joint production of the light multipurpose helicopters, the Ka-226T, signed after the summit meeting, will be the first major project in the defence sector within the framework of the “Make in India” programme, noted the Indian Prime Minister. The Russian partners in this project are Russian Helicopters and Rosoboronexport, while the Reliance Defence Company will be the Indian partner company. 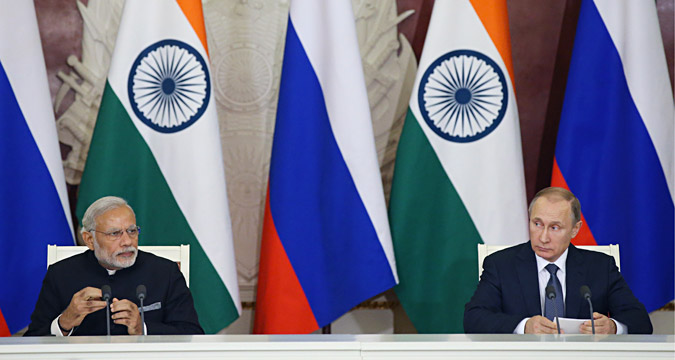 Contrary to expectations, however, the two countries could not close the deal for India to purchase of five batteries of new generation anti-aircraft systems – the S-400 Triumph, which was estimated at being worth $4.5-7 billion. Negotiators failed to agree on a price for the anti-aircraft defence systems. This deal is important for India, given its vulnerability to rocket attacks from Pakistan and China. China became the first buyer of the newest Russian air defence system, the S-400, with the deal officially being announced in April this year.

On the eve of Modi’s visit to Moscow, analysts in India assumed that the countries would conclude several additional defence deals. These included the procurement of 48 Mi-18 helicopters, 150 BMP-2K armoured vehicles, and modernization of India’s aging fleet of IL-78s and IL-76s. It was also expected that India and Russia would sign final agreements for two diesel-electric submarines of Project 636 ‘Varshavyanka’ and three Project 11356 frigates, as well as a contract to lease the second Project 971 nuclear submarine.

Important decisions were taken in the field of nuclear energy and hydrocarbon cooperation during the meeting between Putin and Modi. The leaders discussed the launch of the second unit of Kudankulam NPP in India, due to happen soon, along with plans to build the third and fourth units. Negotiations to construct the fifth and sixth power units are on. They also discussed the allocation of another Indian site to build Russian-designed nuclear reactors.

The plans of Russian hydrocarbon companies for cooperation with India were confirmed. An agreement between Rosneft and the ESSAR Group calls for supplying Indian refineries with around 10 million tons annually over 10 years. The Gazprom Company plans to expand its supply of liquefied natural gas and is currently developing several thermal and hydropower projects in India. The Power Machines Company has provided equipment for the hydro power plants Teri and Balimela, and the Konasima Thermal Power Plant. The company is currently building three new power units for the Sipat Thermal Power Plant.

The leaders noted the growing cooperation between the two countries in the diamonds production centre. According to Putin, almost half of the Russia’s rough diamond exports head to India. Modi said India has created a special zone to facilitate direct trade between the largest diamond producers in Russia and India. 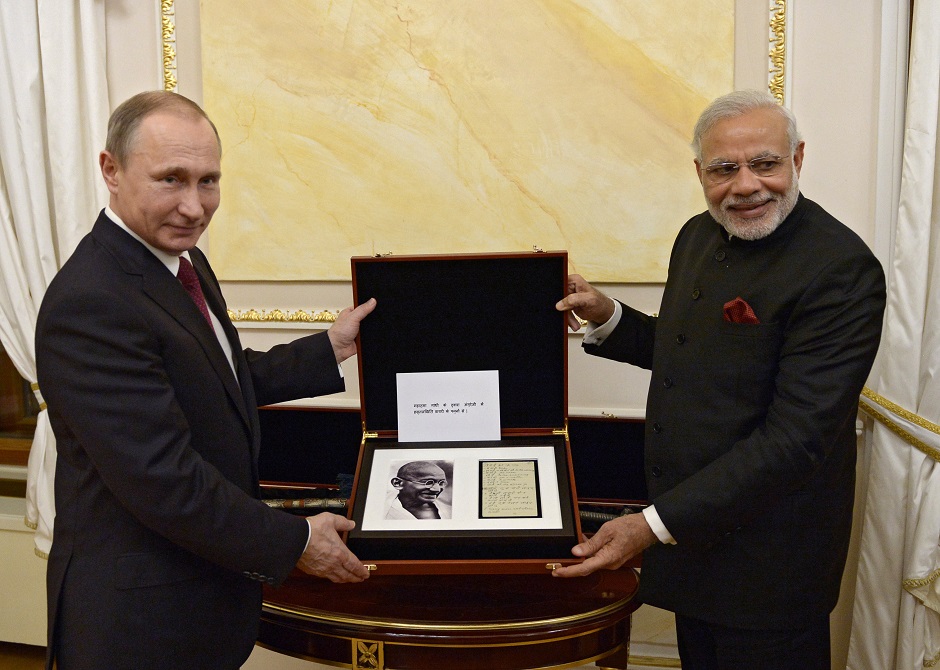 Putin and Modi acknowledged the importance of developing new logistics routes to improve the profitability of trade between the two countries. One such route is the North-South International Transport Corridor, which will significantly reduce the cost and time of transporting goods from India to Russia, and in the opposite direction.

During a meeting with representatives of Russian and Indian business communities, attended by heads of major public and private corporations in the two countries, the Russian President admitted that between January and October this year, the trade turnover between the countries, which for many years has been very low, had further decreased by 14.4 percent.

“This is mainly due to lower energy prices and demand for engineering products, caused by unfavourable external conditions, and foreign exchange rate differences,” he explained, adding that the two countries have agreed to intensify efforts to bring bilateral trade onto a path of sustainable positive growth. Both governments have announced plans to increase bilateral trade to $30 billion annually, and the volume of mutual investments to $15 billion by 2025.

The President noted the intention of both countries to develop and diversify trade, work on reducing administrative and other barriers. He recalled that some Russian companies, including Rosatom, Gazprom, Russian Railways, Power Machines, Lukoil, AFK Sistema, Rosneft, and Renova, are already successfully operating in India. In December 2014, at the last bilateral summit in New Delhi, the Russian Direct Investment Fund (RDIF) agreed to make joint investments with Indian companies in infrastructure and energy projects, including production of clean energy.

Read the full version of the text at indrus.in