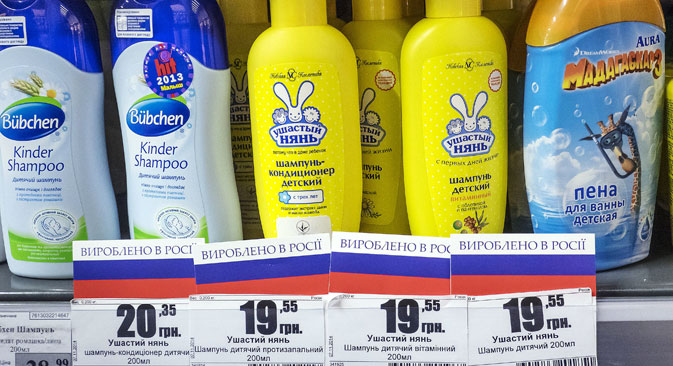 Igor Bashkovityi / RIA Novosti
RBTH presents a selection of views from leading Russian media on international events, featuring reports on the continued worsening of trade relations between Russia and Ukraine, the effects that the weakened Chinese economy is having on Russia and an unexpected boom in domestic Russian consumption.

Starting this week, trade relations between Ukraine and the Russian Federation are completely blocked writes the centrist newspaper Nezavisimaya Gazeta. A mutual ban on imports has come into force.

It became known in December 2015 that the Russian Federation would introduce a trade embargo on Ukrainian products from January 1. The need for protective measures was motivated by the implementation of a free trade zone agreement between Ukraine and the European Union.

Ukrainian Prime Minister Arseniy Yatsenyuk promised a tough tit-for-tat response to Russia's actions. The Ukrainian government decided that beginning on January 10 the importation of some Russian goods, including meat, grain, baked goods, vodka and cigarettes would be banned. Supplies of household chemicals and some heavy industrial products are also affected by the ban. 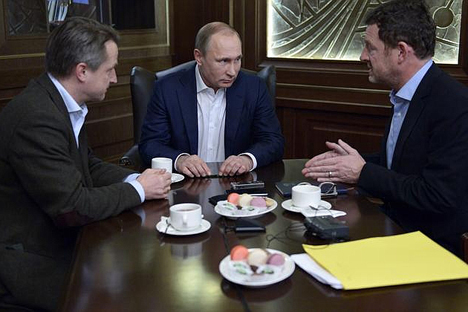 Natalia Mikolskaya, Ukraine's trade representative, said that Kiev estimated the potential loss on the abolition of trade with Russia to be at a maximum of $600 million.

However, new restrictions on transiting through Russia from Ukraine, which became known on January 4, are a severe blow to Kiev. According to the Ukrainian government, Ukrainian suppliers face the possibility of being unable to perform contracts with Kazakhstan, Uzbekistan, Kyrgyzstan, Azerbaijan, Mongolia and China as a result of this decision.

Mikolskaya said that Kiev intends to appeal to the WTO. "Ensuring the freedom of transit is the responsibility of each country," she said.

In addition, Mikolskaya said that the Ukrainian side intends to hold consultations with the EU this week on the introduction of retaliatory measures against Russian transit options.

China falls and pulls down Russia

On January 11 prices continued to fall on the world's hydrocarbon market, the Svobodnaya Pressa news and commentary website reports. Experts attribute the continuation of the 2015 downward trend to unfavorable assessments of prospects for the Chinese economy.

The main reason for this is that China is the world's second-largest oil consumer after the United States. Accordingly, the economic condition of China has a direct impact on the level of demand on oil markets.

In the case of the continuation of the incipient decline, the oversupply problem for energy-exporting countries – including Russia – will worsen.

Alexei Panin, the deputy director general at the Center for Political Information commented on how it will affect the Russian economy.

"After an increase in confrontation with the West and the beginning of the sanctions war, we expected to redirect our economic ties to China and neighboring countries in the region,” Panin says. “In other words, to make the notorious 'pivot to the East.'"

The greatest emphasis was on trade with China, the expert says. "However, the trade turnover between our countries not only did not increase last year, but even fell by a third. And the situation is similar throughout the Asia-Pacific region," says Panin.

But overall Panin doesn’t expect too many agreed upon projects to collapse. "I don't think that the economic slowdown in China will lead to the freezing of joint energy projects,” Panin says. He added that such projects are insignificant given the scale of the Chinese economy.

Shops instead of the seaside

Fewer and fewer Russians can afford travelling abroad. Many that used to go abroad for holidays stayed home on the eve of 2016, the RBK business daily reports. Domestic shops and restaurants profited as a result.

The outbound tourist flow from Russia decreased in 2015. According to the estimates of Rostourism, a federal tourism agency, it fell by 31 percent in the first nine months of the year. According to an online survey by the OMI online market research group commissioned by RBK, among the Russian population, only 1.9 percent of Russians have foreign trips planned compared to 2.9 percent at the end of 2014. 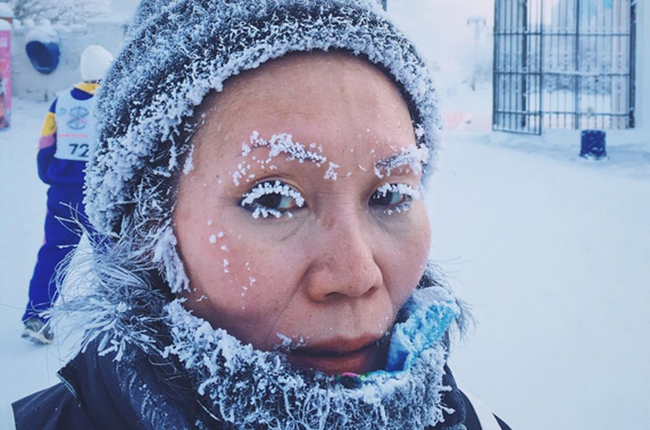 Not cold enough for you? Life in very north of Russia in Instagram

The fact that many Russians stayed home helped retailers to increase sales, says Sergei Sarkisov, co-owner of the Econika retail footwear chain. Even those that traveled around Russia "also walked through shopping centers," Sarkisov added.

According to the estimates of the internet service Momondo, the most popular domestic destinations during the holidays were Moscow, Sochi, St. Petersburg, Simferopol and Mineralnye Vody.

The number of people visiting Rio shopping centers in the Moscow Region during the January winter holidays increased by as much as 20 percent compared to the same period last year, said Zara Adzhemyan, a spokeswoman for the Tashir Group, a real estate firm that owns numerous shopping facilities.

Cultural institutions have also been noticing a boom. The press service of the Tretyakov Gallery noted an unprecedented influx of visitors, although this might be due to an exhibition connected with the 150th anniversary of the birth of Russian painter Valentin Serov.