Who is happy to see Russian pilots in Syria? 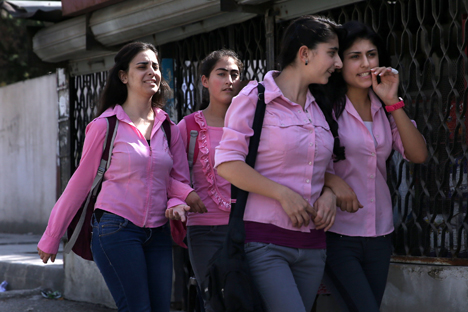 Valery Sharifulin/TASS
The arrival of the Russian Air Force in Syria has upset the figures on the board of the “Great Chess Game” in the Middle East and has given hope to supporters of al-Assad for personal survival, although perhaps not a quick conclusion to the war.

“We shall restore everything that has been destroyed”

“Russia’s involvement has given us hope,” says 25-year-old Amir Suliman, a resident of Aleppo. “Now we expect that the war will finally be over and we shall return to our homes.” Aleppo, Syria’s “economic capital,” has for several years now been divided into sectors controlled by the Syrian army and various groups, including the Islamic State and the al-Nusra Front.

We meet Suliman at Latakia Airport where he is waiting for a Ministry of Emergency Situations plane to take him to Russia amidst the backdrop of the roar of Russian SU aircraft engines.

“My mother is Russian and my father is Syrian,” says Suliman. “Militants captured our house in Aleppo, so we had to flee to Latakia. I am now flying to St. Petersburg to continue my studies for a degree in architecture at the mining institute there. I hope that by the time I graduate the war in Syria will be over and architects will be in demand again. We shall restore everything that has been destroyed.”

It is hard to say now when this will happen and when Suliman will be able to return home and see his family. Hostilities are under way just 30 kilometers to the north of Latakia, where Syrian government troops are trying to establish control over the border with Turkey and from where rebels are receiving reinforcements and ammunition. 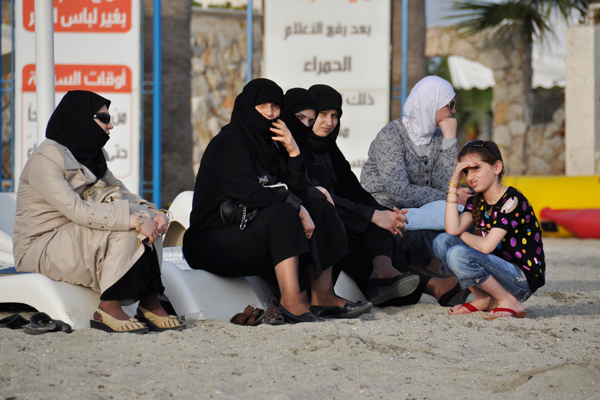 In Latakia itself there are no signs of war although in August 2011 there was fighting in the streets of this city. In the evenings, local residents gather in cafes and on weekends they have dinner parties and attend dance nights and weddings. During the day local residents can be seen at the beach. Women wear swimsuits and conduct themselves in a relaxed and easygoing manner. Clearly, these people have no wish to see extremists take control because then they would have to either flee the country or wear a niqab.

“We have many issues with Assad,” says history teacher Gadir Uassuf. “But they all pale in comparison with the danger presented by ISIS and al-Nusra Front. All throughout the years of the crisis, the Syrian opposition has not been able to offer an alternative to Bashar (al-Assad). We do not see peaceful areas ‘liberated’ by them where they have established a normal life ‘without Bashar.’ This is why the Syrian president himself has turned from a politician who had his strengths and weaknesses into a symbol of resistance to foreign terrorists, who have come here from all over the world. What needs to be done now is to banish them and then we shall start rebuilding normal life and criticizing Assad.”

Latakia, a city of contrasts

Yet Russian journalists and service personnel working in Latakia have been advised against visiting Sunni and Palestinian neighborhoods, where support for Assad, and consequently approval of the Russian Air Force operation, is much lower than among Alawites who form one of the government’s main pillars of support.

In August 2011 Latakia’s Palestinian districts became the scene of an armed anti-government revolt. In order to suppress it, the authorities deployed gunboats to the Latakia coast to fire at the rebels. Now, the situation in Latakia is much calmer: all that reminds one of the events of five years ago are checkpoints around the Palestinian neighborhoods and bullet holes in nearby buildings. However, beyond the checkpoints, there lies a completely different Latakia with dusty streets, poor shops and women in hijabs accompanied by numerous children. 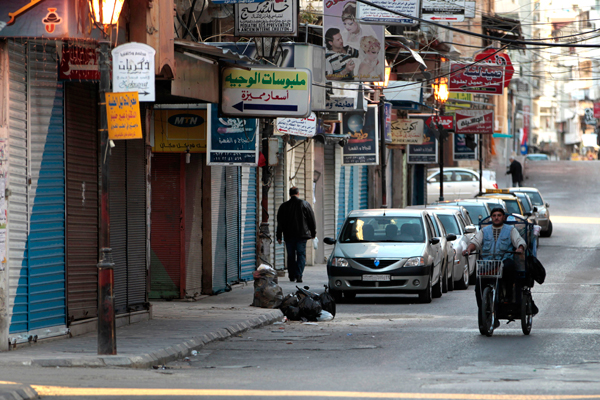 A Syrian man rides his tricycle past closed shops after a violence between security forces and armed groups in Latakia northwest of Damascus, March 2011. Source: AP

“We are condemned to poverty and most of us have no hope of (finding) a good and well-paid job,” says a local resident who has cordially invited me to his shop for a cup of strong cardamom coffee. That is why the protests broke out, the man, a Palestinian, explains. “Of course, none of those who started the protests wanted a war. The unrest was used by foreign radicals that had arrived in Syria to ‘help their brothers,’ but who were in fact pursuing their own goals. But now we think that if Assad wins, things will return to what they used to be.”

Palestinians see the Russian Air Force as being one of the factors that could turn the course of war in Damascus’s favor. “Everybody is fed up with the war,” my host says. “Our economy, our lives have been destroyed. But what will happen after Assad’s victory? Same old, same old? Or will Assad draw some conclusions and change his policy? No one can say.”

Syrian society, which before the war seemed peaceful and flourishing, if not a rich one, is clearly divided. Before 2011, it was considered rude to inquire which religious or ethnic group somebody belonged to: it was a person’s private business. Now representatives of one group try not to enter other groups’ neighborhoods for fear of trouble.

Among the Alawite minority, support for Assad is very high, however, in other religious and ethnic groups things are far from straightforward. Taking into account the countless number of foreign militants who have come to Syria from all over the world (including Russia), it becomes clear that modern Syria is a real patchwork quilt that would be very hard to simply “sew back together.” 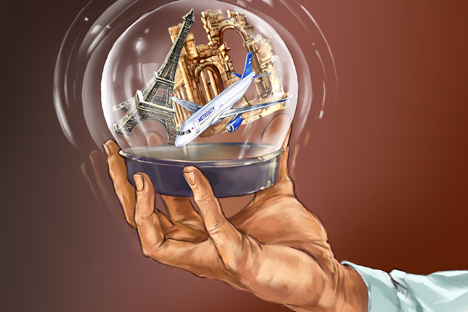 The attitude to Russians is therefore different depending on the location. In Latakia, they are seen as defenders. A taxi driver, a shopkeeper and a waiter all in their broken English repeated the same repertoire of phrases: “Thank you, Russia! Welcome to Syria! I love Abu-ali Putin” (Father-ali Putin is the name they have given to the Russian president).

However, “the other side,” the territories not controlled by the government, accuse the Russian and Syrian military of air strikes against civilian infrastructure providing photographic and video evidence to support their claims. Those who are loyal to Assad view these reports as “a ruse,” while those that are opposed to the government see it as further proof of “the criminal nature of the regime.”

Every evening in central Latakia one now can hear loud gunfire and see flares going up in the air. This is how Syrian soldiers greet their fellow servicemen who spent two years besieged at the Kweyris airbase in an Aleppo suburb in northern Syria. Several days ago, the Syrian army with the support of the Russian Air Force, drove anti-government forces away from the airbase and ended its siege. The military is back, while the assault on rebels near Aleppo continues. All of this breeds cautious optimism, at least in the hearts of those that remain loyal to Assad.

Read more: Putin talks about possibility of granting asylum to Assad in Russia>>>