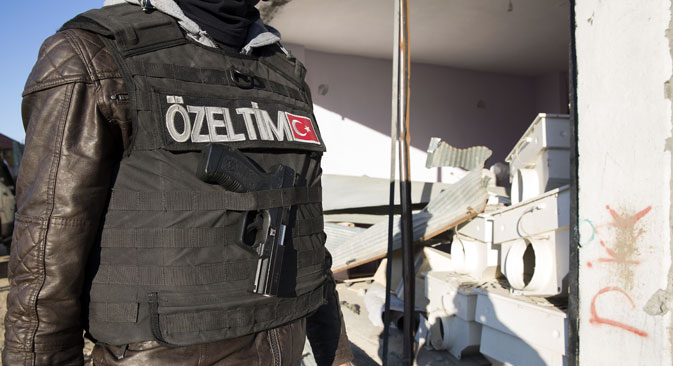 3 Russian citizens have been detained in Turkey.

Getty Images
3 Russian citizens have been detained in Antalya

The Russian consulate general in Antalya, Turkey, has confirmed the fact that three Russian citizens have been detained in this country.

"The Russian consulate general in Antalya confirms the fact of the detention of three citizens of the Russian Federation. The reason for the detention is currently being clarified," Russian Consul General Alexander Tolstopyatenko said on the Rossiya 24 (VGTRK) television channel on Jan. 13.

Russia to determine circumstances of Russians' detention in Turkey>>>

"Immediately after receiving information on the detention in Turkey of three citizens of Russia, Russian establishment abroad contacted the Turkish authorities to clarify all circumstances. According to the Turkish police protocols, the detainees have refused contacts with official Russian representatives. We are verifying this information and we will determine all circumstances of the detention," Russian Foreign Ministry official Maria Zakharova told.