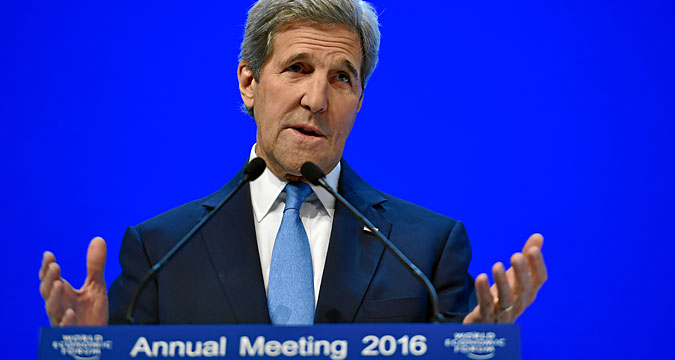 The U.S. may be able to consider lifting sanctions imposed on Russia over its involvement in Ukraine later in 2016 if the Kremlin complies with the Minsk peace agreements, U.S. Secretary of State John Kerry said on January 22 at the World Economic Forum in Davos, Switzerland.

“With effort and with bone fide, legitimate intent to solve the problem on both sides, it’s possible in these next months to find those Minsk agreements implemented,” Kerry said according to the Bloomberg news service. If the agreements were realized, the secretary of state said we would “get to the place where sanctions can be appropriately - because of the implementation - be removed.”

The gradual lifting of the sanctions against Russia had already been predicted by Alexey Kudrin, Russia’s former minister of finance, at the forum.

While the original peace accord, which was signed in February 2015 in Minsk, was due to be completed by the end of 2015, a new timetable has not been set.