The Kremlin denies making an offer to Assad to resign 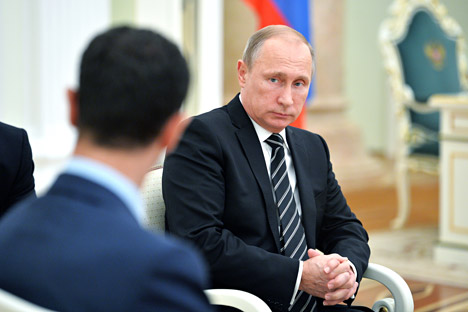 EPA
The Financial Times report that Russian President Vladimir Putin requested that Bashar al-Assad of Syria resign does not correspond to reality says a Kremlin spokesperson.

The Financial Times, citing sources in Western intelligence, wrote on Friday about a secret mission made by Sergun, whose sudden death was announced by the Kremlin on January 4, 2016. The Financial Times writes that Sergun traveled to Damascus to persuade the Syrian president to resign voluntarily. According to the newspaper President Assad “angrily rejected” Moscow’s offer. Sergun died in early January 2016. Some sources maintain that he passed away in Lebanon, while others state that he died outside of Moscow.

The Ministry of Defense did not respond to a request for comment by RBC daily.