Russia-ASEAN summit to include consultations with SCO, EAEU- Lavrov 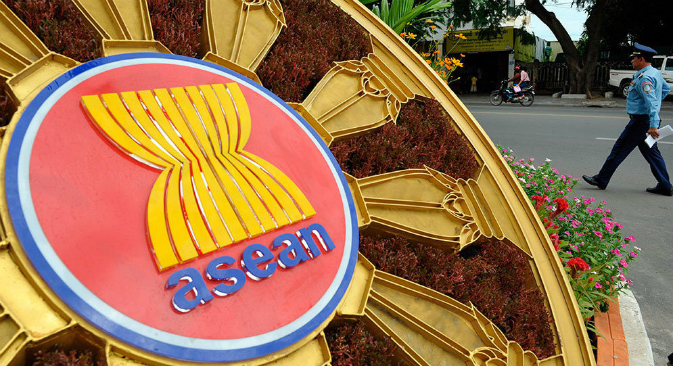 Kommersant Photo
The summit will focus on an economic partnership between ASEAN, SCO and EAEU.

The agenda for the May 2016 Russia-ASEAN (Association of Southeast Asian Nations) summit, due to be held in the Russian Black Sea resort of Sochi, includes consultations with member countries from the Shanghai Cooperation Organization (SCO) and the Eurasian Economic Union (EAEU), Russian Foreign Minister Sergei Lavrov said on Jan. 25.

The consultations will focus on a wider economic partnership between ASEAN, SCO and EAEU, he added.

“These issues will be included in the agenda for the upcoming Russia-ASEAN summit in Sochi in May, which will be dedicated to the 20th anniversary of our relations with the Association of Southeast Asian Nations,” the minister said.