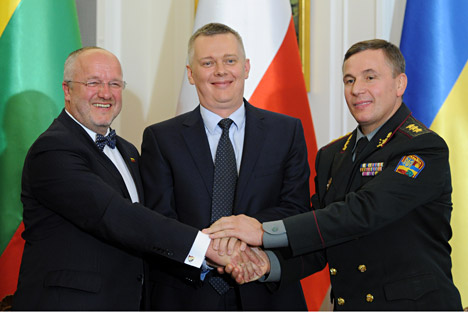 Poland, Lithuania and Ukraine are planning to launch a joint brigade of 4,000 troops by January 2017, Defense News has reported. The multinational military unit, with its headquarters in the Polish city of Lublin, is being formed amid concerns over the development of Russia's military might.

The three countries signed an agreement in September 2014 in Warsaw to form the so-called LITPOLUKRBRIG (Lithuanian–Polish–Ukrainian Brigade) brigade, which will mainly participate in peacekeeping operations.

The defense ministers of the three countries – Juozas Olekas (Lithuania), Antoni Macierewicz (Poland) and Stepan Poltorak (Ukraine) – attended the opening ceremony of the headquarters in Lublin on January 25. 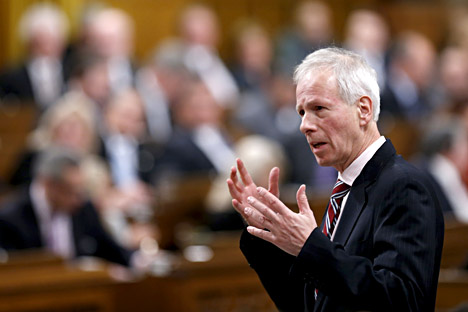 Canada calls for a restoration of relations with Russia

According to Olekas, “the headquarters will strengthen the partnership between our countries and the interaction of the military. In addition, this project combines the defense of the territory and the protection of international borders.”

For Ukraine, the project opens up new possibilities for training troops to the standards of NATO, of which Poland and Lithuania are members.

Vladimir Yevseyev, head of the department of Eurasian integration and the Shanghai Cooperation Organization at the CIS Institute, expressed doubts that the brigade would actually get involved in a conflict.

“They're not preparing to fight, but to deter the Russian Federation,” Yevseyev said. “Different states are trying to set up joint military forces. Trying to form such organizations makes sense if they have some common objectives. It is more about rhetoric, about wanting to support Ukraine. It is not serious to talk about any practical engagement.”

Earlier, Poltorak reported that 18 officers of the Armed Forces of Ukraine were already stationed at the headquarters in Lublin. The officers’ practical training is to start in early 2016. In addition, the brigade members are planning to hold tripartite exercises in the Lvov Region soon.

Read more: Are Russia and the U.S. building military bases in Syria?