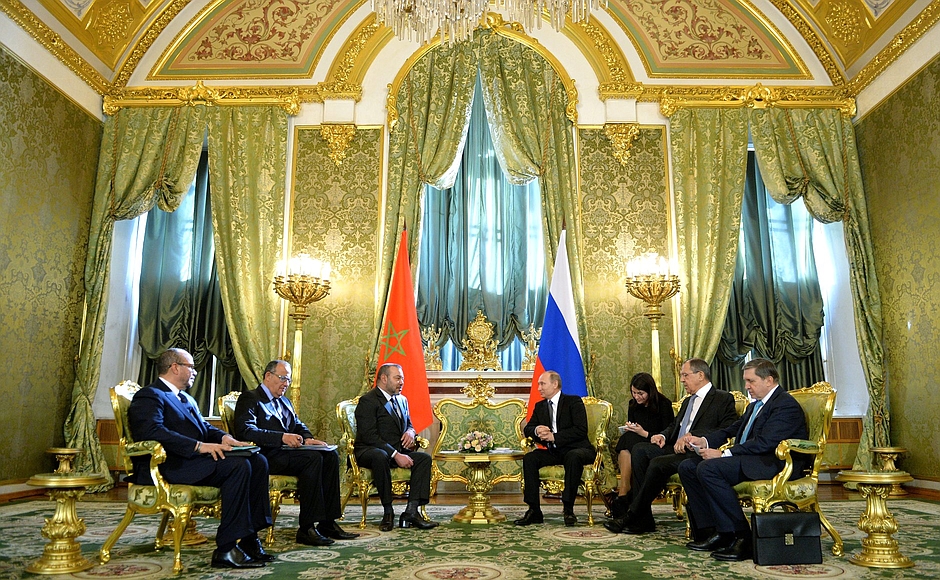 Kremlin.ru
The parties also signed a statement on strategic partnership

Russia and Morocco have signed an agreement on mutual protection of secret information in the military and military-technical areas, as well as a joint statement on counteraction against international terrorism.

The talks resulted in the signing of bilateral documents in the presence of Russian President Vladimir Putin and King Mohammed VI of Morocco.

In addition, the joint Russian-Moroccan statement on the counteraction against international terror and an agreement on the air travel were signed.

The parties also signed the statement on the strategic partnership between Russia and Morocco during the Russian visit of the Moroccan King.

Russia and Morocco agreed to cooperate on protection of the environment and rational use of natural resources. The parties signed respective bilateral agreements. Also, the two countries agreed to encourage and protect mutual capital investments.