Belgrade’s foreign policy in spotlight in Russia after Serbia vote 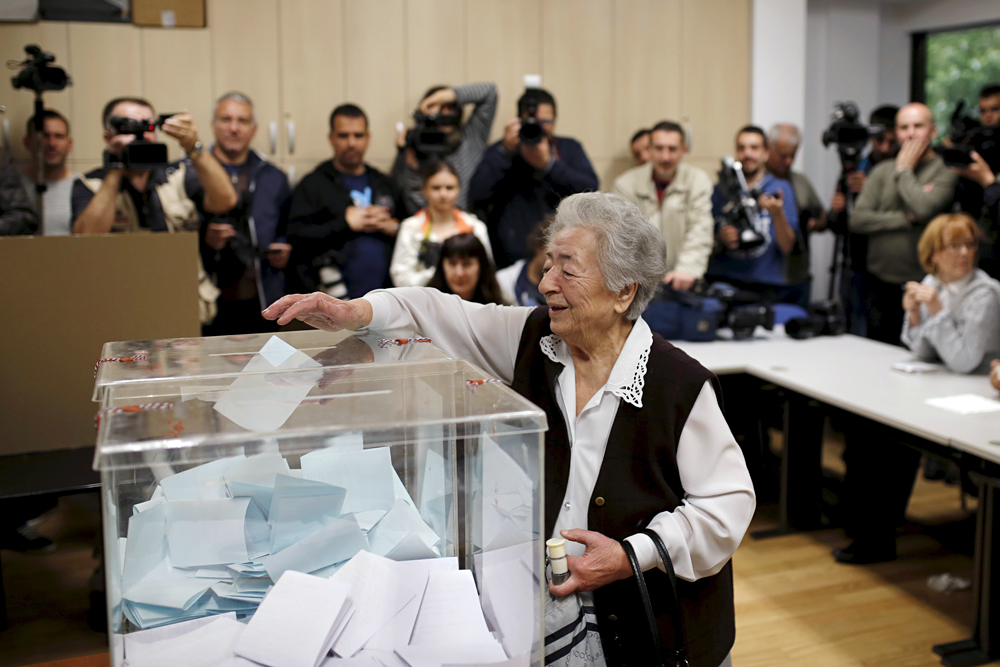 A woman casts her vote at a polling station during elections in Belgrade, Serbia April 24, 2016

Reuters
Russian media have been analyzing the Serbian Progressive Party’s victory in parliamentary elections in the Balkan state through the prism of the country’s possible future NATO and EU membership. What does the win for Prime Minister Aleksandar Vučić’s party mean?

Serbian Prime Minister Aleksandar Vučić claimed his Serbian Progressive Party (SPP) has won the majority of the parliamentary seats in snap elections held on April 24. The victory gives Vučić the right to remain in office and the authority to form a new cabinet, writes online Russian newspaper Gazeta.ru.

In the wake of the vote, the Russian press has been scrutinizing the foreign policy allegiance of Vučić and the winning party. Pro-EU rhetoric and reported concessions to NATO have triggered harsh criticism of Vučić in Russian media, despite utterances he has made to highlight the country’s neutrality and the importance Belgrade assigns to its relations with Moscow.

A recently ratified agreement between Serbia and the NATO Support and Procurement Organization has caused particular outrage in the Russian press.

“In case of a regional or international conflict the agreement on logistical support [between Serbia and NATO] may abolish Serbia’s neutral status,” wrote business publication Expert Online.

When it comes to Serbia’s political parties and the country’s foreign policy, immediate impressions may be deceptive. Although Vučić received a portion of criticism from the Russian press for his alleged flirtation with NATO and the EU, the Russian political establishment reacted positively to the SPP victory.

“The winning coalition in Serbia includes our two long-standing partners: the Serbian Progressive Party and the Serbian People’s Party, who firmly oppose NATO membership for Serbia and support all-round rapprochement with Russia,” said Konstantin Kosachev, head of the Foreign Affairs Committee of Russia’s Federal Council, as cited by the Ria Novosti news agency.

Serbian president thanks Putin for Russia's support for his country>>>

Although Kosachev acknowledged the “euro-enthusiasm” of the winning coalition, he highlighted the Serbs’ distinctive vision of Europe.

Commenting on the results of the elections in Serbia, as well as the presidential vote in Austria, in which a far-right candidate came top of the first round of voting, Kosachev wrote on his Facebook page that the political forces that are coming to power are “advocating for a different, renewed Europe where there is no arrogant exceptionalism.”

Despite a decisive victory for the SPP, a number of opposition parties breached the 5 percent threshold necessary to secure seats in the Serbian parliament. The Socialist Party of Serbia (SPS), led by Ivica Dačić, and the Serbian Radical Party (SRP), led by Vojislav Šešelj, received some 13 and 7 percent of the votes respectively.

Another coalition, which includes the far-right Dveri Movement, has a chance of reaching the necessary 5 percent threshold and enter the parliament, too.

“These political forces [SRP and Dveri] position themselves as pro-Russian and campaign for ending all negotiations with the EU and for an unequivocal reorientation towards Russia,” wrote leading Russian business daily Kommersant.

Šešelj, who leads the Serbian Radical Party, was cleared of charges of war crimes by the International Criminal Tribunal for the former Yugoslavia in March 2016.

The acquittal may have granted Seselj a degree of public support necessary to bring his party into the national parliament.

“Seselj’s popularity increased after his release from the Hague prison and after the International Criminal Tribunal for the former Yugoslavia acquitted him of the charges,” wrote Gazeta.ru.

Although the Progressive Party secured a majority in the parliament, the nationalist parties that now form a parliamentary opposition are likely to exert strong pressure on the SPP, wrote Kommersant. Foreign policy may be one sphere where this pressure will be most evident.