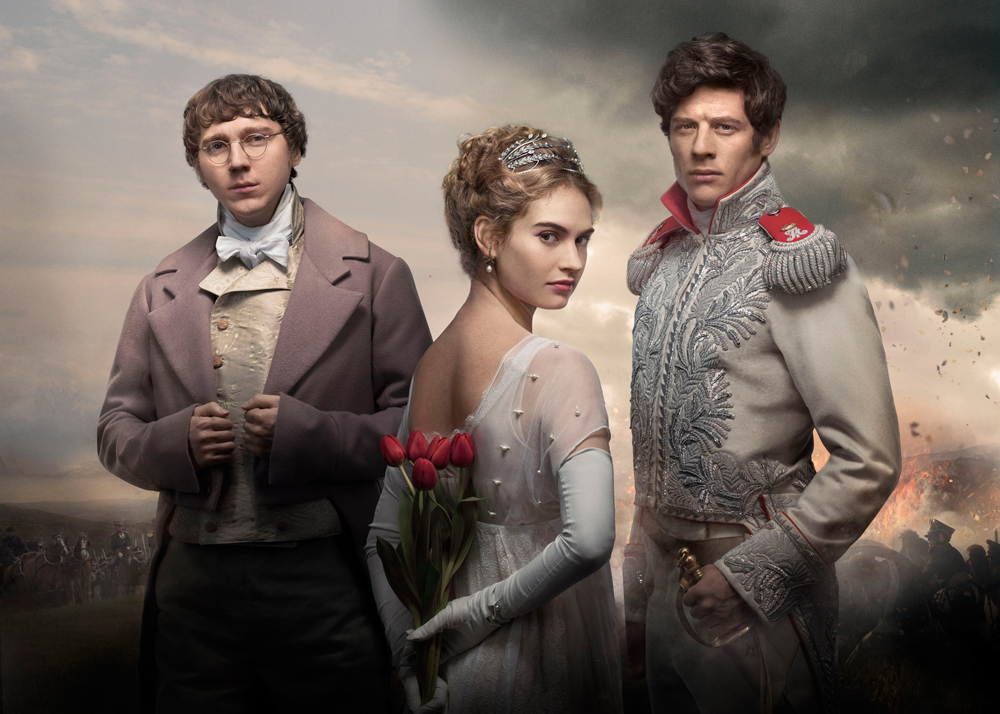 Laurie Sparham/BBC
The recent BBC adaptation of Leo Tolstoy’s epic “War and Peace” has seen a surge of interest among UK citizens keen to experience the locations that appeared in the series. Yet the visa needed to visit Russia mean that visitors find themselves better served in Lithuania and Latvia.

The success of the BBC’s blockbuster adaptation of Tolstoy’s epic novel War and Peace, coupled with the weak ruble, has reawakened interest in Russia’s vast and intriguing cultural heritage, according to tourism agents. Visitor confidence, battered by the crisis in Ukraine, is also recovering.

For Phil Teubler, who has been running tours to Russia for about 10 years through his UK company, Baltic Holidays, it’s a time full of potential and a chance to help spread the word about a country he loves.

“Everyone should visit St. Petersburg and Catherine’s Palace at Tsarskoye Selo,” he said, “I just love the Amber Room there.

“Whenever people ask us to arrange a tour of the Baltic cities I always advise them to leave St. Petersburg until last, in case everything else seems like a bit of a disappointment. Tallinn is lovely, but in St. Petersburg there’s so much more.

“Russia has so much to see, so much to choose from. I try to persuade people to go to Moscow as well – either by train or on a river cruise – and I’d love to offer more destinations around the country.”

Expansion plans are not always easy, however. Baltic Holidays offers one new Russian destination this year, but its flagship War & Peace tours focus on the filming locations in Lithuania and Latvia – visa-free for most of Europe – with an optional Russian leg for those willing to tackle the extra bureaucracy. “We’ve added Kaliningrad this year,” said Teubler.

10 key places from Tolstoyu2019s War and Peace on a map
“I first started this company in 1999 as Lithuania Holidays – my father was a German Balt from Memelland, and Kaliningrad (formerly East Prussia’s Königsberg) is a logical step if you’re taking groups to Klaipeda and the Curonian Spit. We’ve taken people there almost every year – although people need to understand what to expect when they travel out of the EU.

“But with the War & Peace tour, most people are likely to stick with the Baltic destinations,” he added.

“It’s so much easier when you can present someone with a tour, give them a clear cost and tell them they don’t need a visa. We can take them to St. Petersburg as well to see more of the places where it was filmed, but then people have to travel to London or Edinburgh to get a visa. So tourists tend to stick to the Baltics, rather than Baltics plus Russia.”

Teubler also has to grapple with many of the traditional bogeymen associated with Russia – red tape, unhelpful officials and the stark contrast between the warmth and hospitality of the Russian people and the difficulty of getting into the country to experience it.

“I’m really not impressed with the efforts of the Russian Tourist Board,” he said. “For example, next month I’ve been invited to Stockholm by the Swedish Tourist Board. They’re showing us around the city and setting up a workshop where we’ll get to meet about 20 local companies who could work with us to arrange and promote tours.

“That’s exactly what Russia should be doing – arranging fact-finding visits, setting up workshops and putting us in touch with local operators.”

Visas are also a problem, especially when selling to customers who can freely whizz around Europe with barely a wave of a passport.

“Most of our travelers are mature professional people, and even they find it hard to understand the visa process,” he said, explaining that requirements that mean visa applicants have to travel to London in order to submit their documents make the process inconvenient and expensive.

Everything you were afraid to ask about Russian visas
“We had someone based in the Lake District [in northeast England] who was planning a tour to the Baltics and Russia, but when he realized he would have to go to London or Edinburgh to get his fingerprints taken for the visa he canceled the Russian leg.

“I understand that it’s reciprocal, and that Britain asks Russian visitors to do the same thing, but that doesn’t really help potential visitors to Russia,” he said.

Despite the ongoing visa hassles and criticisms of the Russian Tourist Board, political problems still pose the greatest threat to tour operators promoting routes into Russia.

“Although we’re called Baltic Holidays and started out with tours to the Baltic states, up until about three years ago more than half of our business went to Russia,” said Teubler.

“But once the problems in Ukraine started, people stopped going. We barely had a single new booking for Russia. People still went, but they had booked up a year in advance. So far this year has been much better.”

Regardless of the challenges of running tours to Russia, Teubler is confident that visitors will have a great time – and perhaps gain a bit more in-depth knowledge of everyday life in this sometimes strange land.

“As a company we try to source local businesses,” he said.

“We mostly use Russian-owned partners, our guides for Moscow and St. Petersburg are Russian. We try to be as Russian as possible when we get there.

“That’s why we’ve got a new offer this year where guests can have a meal with a family in Moscow. They visit their home, have a six-course dinner and really get to know some of the locals.

“The people we’ve taken to Russia have had a fantastic time and they often remark on how friendly they found the locals.”