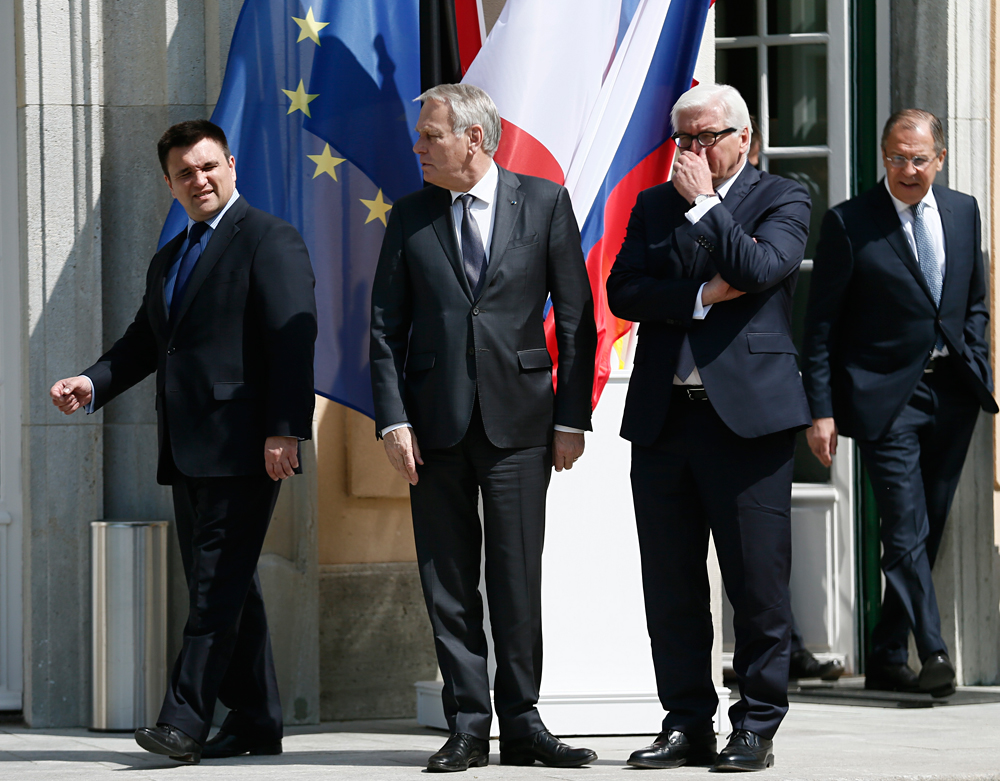 Foreign ministers Pavlo Klimkin of Ukraine, Jean-Marc Ayrault of France, Frank-Walter Steinmeier of Germany and Sergei Lavrov of Russia in Berlin, Germany, May 11, 2016, ahead of their meeting to discuss Ukraine crisis.

Reuters
Talks in Berlin between the foreign ministers of Germany, Russia, France and Ukraine have failed to provide a breakthrough on the resolution of the conflict in eastern Ukraine, with the issue of elections continuing to be a sticking point.

The two-year-old conflict between government forces and Russian-backed rebels in eastern Ukraine is no closer to a peaceful settlement following another inconclusive round of talks between the negotiating parties that only underlined the differences between the positions of Moscow and Kiev.

Just as at the previous meeting in Paris on March 3, the ministers of Ukraine, Russia, Germany and France remained at odds in Berlin on May 11, with German Foreign Minister Frank-Walter Steinmeier describing the parties' positions as“far apart."

As before, the lack of a breakthrough is chiefly because of disagreements on holding local elections in the two breakaway entities of the Donbass region, the Donetsk and Lugansk “people’s republics.”

These elections are part of the Minsk agreements, a set of measures aimed at a peaceful settlement, which were approved by the leaders of these countries in Minsk in February 2015.

It is assumed that the organization of elections recognized by Kiev will help start the full political process, with the ultimate goal to establish a mechanism for the peaceful coexistence of the Donbass with the rest of Ukraine.

Kiev blames Russia for the lack of progress in implementing the Minsk agreements. The Ukrainian authorities believe that security issues in the Donbass must be addressed before any elections can be held.

"We cannot speak about elections without delivering security right now," Ukrainian Foreign Minister Pavlo Klimkin said after the meeting. "If there is no security, there cannot be a preparatory period [for elections]." 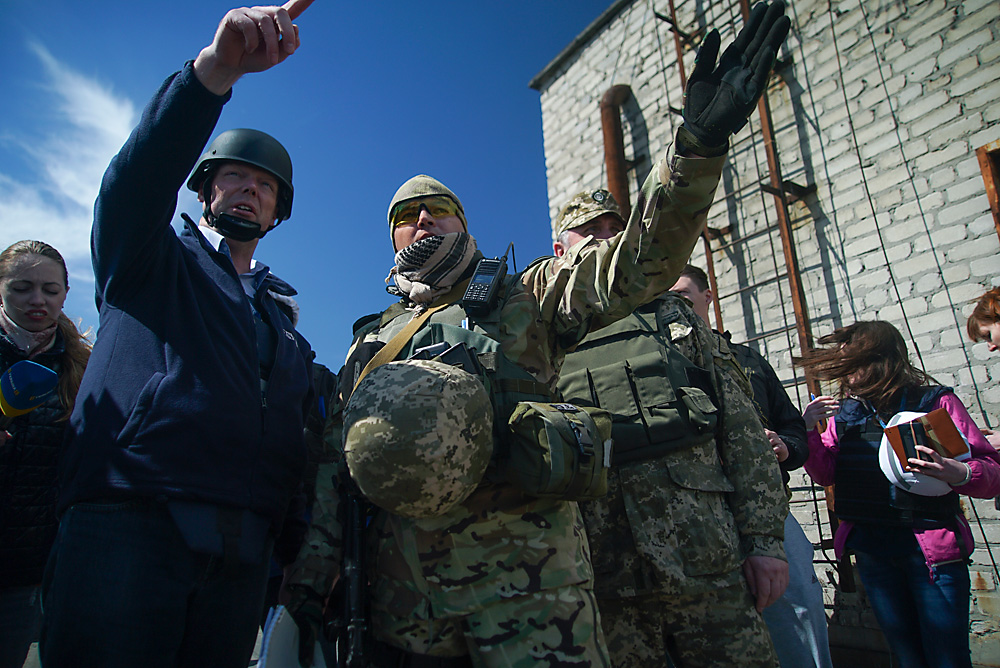 According to Kiev, this implies the withdrawal of Russian troops from the east of Ukraine – the Ukrainian authorities insist that thousands of Russian troops are present there. At the same time, the figures cited vary widely. President Poroshenko said earlier about 200,000 Russian troops, while the Foreign Ministry of Ukraine recently cited a figure of 34,000.

Moscow categorically denies the presence of Russian troops in the Donbass and urges Kiev to provide proof of its words.

Kiev also sees the closing of the border between Russia and rebel-held Donbass as an integral part of solving security issues, arguing this is essential in order to prevent the supply of the Russian group that is allegedly stationed in the region.

These measures, Kiev claims, must precede elections, which it would like to hold under Ukrainian legislation, without granting amnesty to the DNR and LNR militias.

Moscow says that such an approach, as well as the unwillingness to grant amnesty, contradicts the Minsk agreements. In addition to holding elections in the Donbass, the Minsk accord concerns the adoption of a law on the special status of the region, the approval of amendments to the Ukrainian constitution, amnesty for those who fought against government troops and the restoration to Kiev of full control over the country’s eastern border.

However, according to the text of the agreement signed in Minsk, the handover of border control to Kiev should be preceded by elections.Russian Foreign Minister Sergei Lavrov describes Kiev's fears about security during elections is an "artificial problem."

Commenting on the results of the Berlin meeting, Lavrov claimed that Ukraine was unwilling to negotiate on the issue of elections in the Donbass.

According to him, Kiev and the Donbass should directly negotiate on elections, but so far "we do not see a great desire on the part of Kiev to join the dialogue."

Lavrov stressed that the importance of implementation of all points of the Minsk agreements was confirmed at the talks.

Moscow believes that the implementation of these agreements is beingobstructed by Kiev. Ukraine adopted the amendments to the constitution on first reading last summer, but this process has since come to a halt due to the position of Ukrainian radicals.

The Minsk process or statehood for the republics?

Against this background, Klimkin said that the Minsk peace process could end up being frozen altogether due to the absence of agreement among the representatives of the negotiating countries.

However, according to Yevgeny Minchenko, director of the Moscow-based International Institute of Political Expertise, the freezing of the peace process will mean a gradual move to statehood for the self-proclaimed republics of Donetsk and Lugansk. In this scenario, Kiev would completely lose the ability to return the breakaway regions to its control.