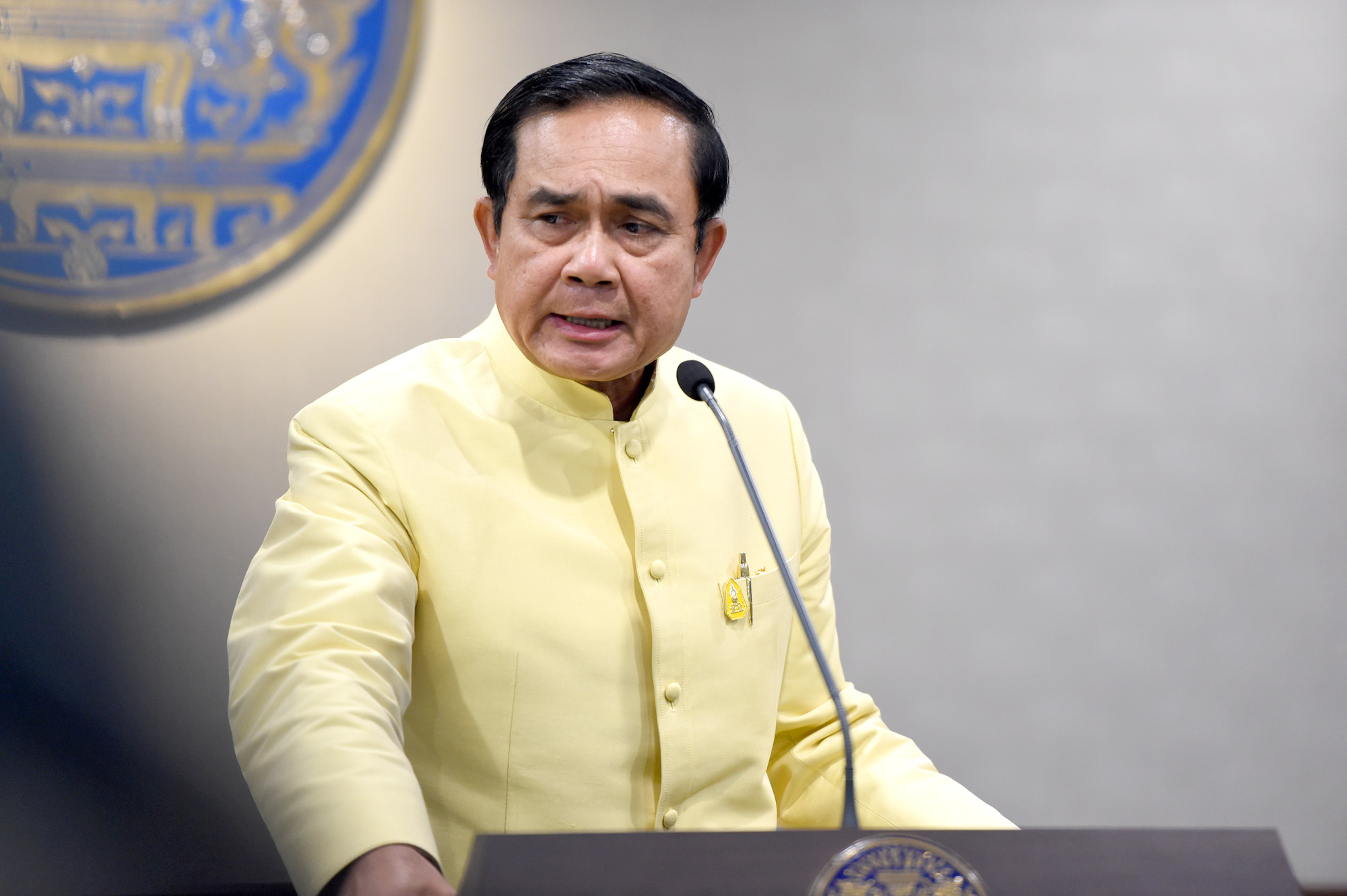 Press Photo/ Royal Thai Government
Ahead of his visit to Russia for the Russia-ASEAN summit in Sochi, Thai Prime Minister Prayuth Chan-ocha talks to RBTH about the prospects of Russia-Thailand and Russia-ASEAN cooperation.

A lot of Russians are wondering about further developments in the Thailand-Russia relationship. How do you see the future of bilateral relations?

I have met Russian Prime Minister Dmitry Medvedev on several occasions. Therefore I believe that the relations between our countries have come to a very deep point. I emphasize that under our government our relationship has been very dynamic, and I want to maintain the momentum. I will do my best to promote cooperation between Russia and Thailand in all areas, including science and technology, trade, education and culture. We are in the process of drafting the 20-year National Strategy Plan. I hope that Russia will also play a significant role in this plan.

Under your government relations between Russia and Thailand have acquired a new dynamism. What do you expect from your forthcoming visit to Russia?

After meeting Dmitry Medvedev I understood that I am not alone in expecting strengthened cooperation between Russia and Thailand. It’s a mutual expectation.

Before my visit to Russia, I sent (Deputy Prime Minister) Somkid Jatusripitak and (Defense Minister) Prawit Wongsuwan to visit Russia and to push forward the bilateral cooperation. It was a very successful visit and they prepared a number of documents to be signed in St. Petersburg.

My visit to Russia this time is very important, as I will visit St. Petersburg, which is the historical city where the relationship between the countries began in 1897. We mark 120 years of diplomatic relations, and during this visit we will discuss things that will move our relations forward in the next 120 years.

Thailand mainly exports agricultural products to Russia. Do you see further growth in this area? How would you assess the prospects for bilateral trade?

Thailand is one of the biggest producers of food products in the world. Our products are of good quality and meet international standards. We want to foster our cooperation in this field, to ensure food security for Russia.

We also want to increase investment in Russia.

I’m delighted to learn that more Thai businessmen are investing in the agriculture industry in Russia. Last year Thai company CP Foods expanded its poultry business in Russia. Moreover, Suthek Engineering Company is working on opening a sugar refinery plant in Russia, making it the first Thai company in the Russian Far East.

I also expect to see broader cooperation in technology transfer between the two countries. We believe in the abilities of the Russian innovation industry.

Mechanisms such as a free trade agreement with the Eurasian Economic Union can be help increase cooperation. This can lead to more direct investment.

Security is the foundation for growth, prosperity and stability. Therefore cooperation between the two countries to tackle security issues is very important. In February 2016, Nikolai Patrushev, Secretary of the Security Council of the Russian Federation, visited Bangkok, General Prawit Wongsuwon, Deputy Prime Minister and Minister of Defense of the Kingdom of Thailand, visited Moscow.

I do believe we are tackling our commons threats in the world. And the world is now changing. A lot of non-traditional, new threats have appeared. And we are confronting them.

When Mikhail Gorbachev paved the way for Russiau2019s Asian pivot

Cooperation in form of information exchange is vital for us. I believe that if we are able to establish a channel for communication, and the security agencies of the two countries share intelligence, our security problems could be tackled more effectively. That would be the best practice in the early stages of security cooperation.

In addition, I do admire Russia’s ability to combat terrorism. The latest string of terrorist attacks requires a united response, and cooperation of the international community to fight this threat.

Thailand supports Russia’s continued role in these efforts both internationally and on the regional level. We are ready to cooperate with Russia to fight terrorism and international organized crime, including drug smuggling, human trafficking, money laundering and cyber crimes.

There have been several media reports about Thailand looking to buy Russian helicopters and other military equipment. Are we likely to see increased defense and military ties between Russia and Thailand?

In my opinion, the defense industry of Russia has state of the art technology and I have admired your capabilities in this area from the time I was Chief of the Royal Thai Army.

I believe, that cooperation in this area should be complimentary. For example, we need to have a competitive price and value. I’m glad that both sides can reach an agreement, because when we look in detail into the quality of the helicopter, the technical specifications are accepted by the army committee.

We are also looking at dual use helicopters, which could raise our ability to fight fires. Or the dual use equipment that can be used in construction work.

Therefore I would like to urge the Russian government, to cooperate with Thailand’s defense industry. For example, you can use Thailand as production base for Russian equipment that could be used by countries in Southeast Asia.

As we are an agricultural country, we need Russia to buy a comparable value of Thai agricultural products, so that Thailand could use this money to purchase Russian equipment. This kind of cooperation will be of mutual benefit.

You will take part in the ASEAN-Russia Commemorative summit on May 19-20 in Sochi. What does ASEAN expect from Russia when it comes to regional cooperation? What role does Thailand want Russia to play in the Asia-Pacific?

The establishment of the ASEAN Economic Community last year was a milestone in regional integration. We are working closely with all members to become even more inclusive. Nobody is left behind and everybody has a voice. ASEAN consolidates our internal strength and plays a more active role to promote prosperity and stability.

We are looking forward to a fruitful discussion at the upcoming summit in Sochi. Next on our agenda is the ASEAN-China summit this year. We hope Russia will continue to support ASEAN’s desire to build regional architecture based on the East Asia summit to promote peace and security in our region.

The ASEAN community provides a great opportunity for business. Closer cooperation between Russia with ASEAN will also benefit our economy. Thailand will continue to cooperate with all member states in strengthening ASEAN-Russia relations.

We see dialogue partnerships as an important element in the evolving inclusiveness and regional architecture.

A stronger ASEAN-Russia partnership will help lay a good foundation for a closer network of trade and cooperation between ASEAN and the EAEU (Eurasian Economic Union).

To further strengthen the cooperation between Russia and ASEAN, we need a stronger mechanism. And right now we have a solid foundation for linking ASEAN, the Shanghai Cooperation  Organization  and the EAEU.

We hope that Russia will continue to support ASEAN’s regional architecture, especially through Russia’s involvement in the East Asia summit, ASEAN Regional Forum, and the ASEAN Ministerial Meeting Plus.

I believe, the Sochi summit will further enhance the multidimensional cooperation and pave the way for a Strategic Partnership between the two sides.

Cyber security and climate change are among the areas where we will look at closer cooperation.

Russian President Vladimir Putin has called for greater cooperation between the Eurasian Economic Union, China’s Silk Road initiative and the ASEAN Economic Community. What is your view on this?

I would like to emphasize that there are at least three stakeholders here with very big combined populations and economies. Such cooperation will provide huge benefits for each of the stakeholders. In order to promote this kind of cooperation, the logistics are very important. For example, in Thailand we build railways to connect with other ASEAN countries and countries outside the region. I think this should be the main focus of our investment in the near future.

We are at the very beginning of discussions on a free trade agreement between the EAEU and Thailand. How do you feel about such an agreement? What are your views on alternative agreements such as the TPP? For instance, Vietnam, another ASEAN member, signed a FTA with EAEU and has also decided to become a part of TPP.

We thank Russia for inviting us to build cooperation with the EAEU.  But we should find the best way to avoid potential conflicts with other mechanisms. This is our viewpoint. EAEU, TPP and other mechanisms are complementary to each other. We should make sure people enjoy all the benefits from every decision made by the government. This is how we take decisions.

In 2017, Russia and Thailand will celebrate 120 years of diplomatic relations. The centenary was marked with a great pageantry by the two countries. What kind of initiatives can we expect when it comes to cultural cooperation between Thailand and Russia next year?

We attach great importance to commemorating this anniversary. This is a special occasion. Celebrations will be held in Bangkok, Moscow and St. Petersburg.

To commemorate the anniversary, the Thai side has already established a special committee. We are now finalizing the days of culture with the Russian side.

And I believe we don’t have to wait till next year. We can start now to open the gate between the two countries. I mentioned this on many occasions. We must put things into action faster, as we live in a changing world and need to be connected.

In December 2014, RBTH wrote an article about King Rama V’s gifts to Emperor Nicholas II, which are kept in the Kunstkamera in St. Petersburg. The presents are in need of restoration. Would Thailand be ready to send specialists to restore them?

I would like to thank the Russian side for the very good care they have taken of the gifts.  This is invaluable! If the Russian government needs our expertise in the restoration of these gifts, I would not hesitate to provide support and I want to say, that this will also be part of activities to commemorate 120 years of relations. And this would be another gift from Thailand to Russia.