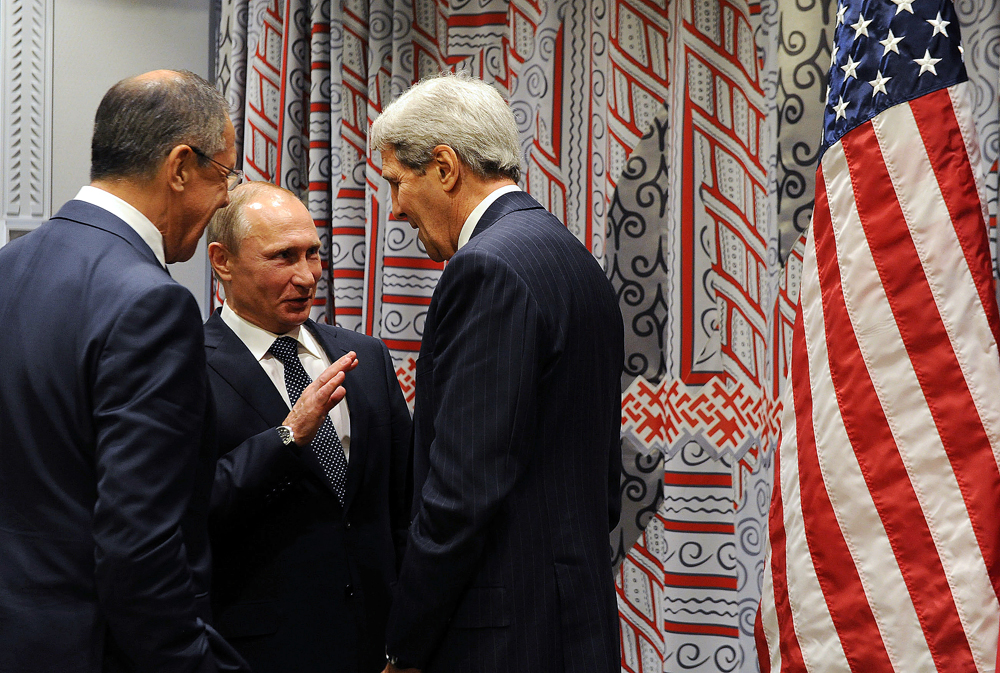 Russia's Foreign Minister Sergei Lavrov, Russia's President Vladimir Putin and US Secretary of State John Kerry talking after Putin's meeting with US President Barack Obama on the sidelines of the 70th session of the United Nations General Assembly, September 28, 2015.

Mikhail Klimentyev / TASS
A British agency has given Russia high marks for its engagement in the resolution of global problems, its culture and influence in the media.

Russia has made its debut on the ranking of the world's 30 most influential countries in terms of soft power, as compiled by the British PR firm Portland Communications. The position of a state on the list depends on its ability to influence other countries through its culture and values of civil society. While Russia took only 27th place in the Soft Power 30 ranking, this is a step forward compared to 2015 when Russia didn’t make the list at all.

Its strength is diplomacy

The ranking is based on several factors, including the development of information technology, culture, business climate, education, government and the engagement of a state in the resolution of global problems. It also takes into account public opinion polls carried out around the world.

How Finland became a battleground in the Russia-NATO information war

The highest place that Russia took in an individual category was that of “engagement” (8th out of 30 countries), which primarily implies diplomacy and influence in the international arena. The study's authors point out that, along with the U.S., Russia has played a key role in efforts to achieve a peaceful settlement in Syria.

According to Fyodor Lukyanov, chief editor of the Russia in Global Affairs magazine, Russia's diplomatic power was demonstrated not only by the talks on Syria, but by its military operations.

“Russia has demonstrated its ability not only to negotiate, but also to change the situation on the ground by sharp and rather decisive actions,” Lukyanov told RBTH. “Paradoxically, the instrument of Russia's soft power in this case was its military power.”

Politics is more important than culture

Listing the other strengths of Russia, the study's authors noted the wide coverage of its state-owned media among international audiences and the preservation of some of its economic power in spite of the country’s financial crisis over the last few years.

Lukyanov said that the key role in Russia’s place in the ranking was played not by culture but politics.

“Culture is, of course, always important and Russia has a powerful cultural arsenal,” he explained. “But when it comes to short-term changes, the comparison of this year to last, the position in the ranking is determined not by eternal values but by specific political actions.”