Russia reacts to the Brexit 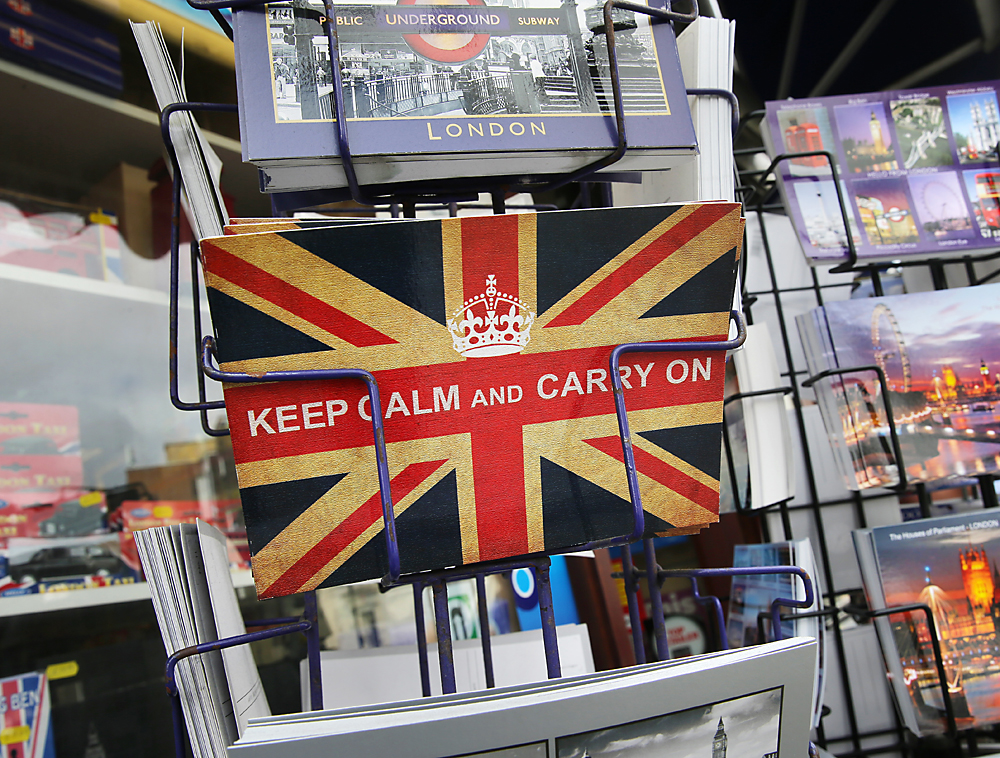 A postcard reads 'Keep calm and carry on' in London, Britain, 24 June 2016. In a referendum on 23 June, Britons have voted by a narrow margin to leave the European Union.

DPA/Vostock-Photo
After a contentious campaign it seems likely that the UK will leave the European Union. Many Russian politicians and experts believe that this is the result of the EU being an unsuccessful integrative body. They predict further tests for a “united” Europe in the future.

The results of the June 23, 2016 referendum show that the majority of UK citizens (52 percent) decided that it would be better for their country to leave the European Union, which it has been a part of since 1973. Prime Minister David Cameron, who initiated the referendum but spoke out in favor of remaining in the EU, has already announced his intention to resign.

"Although it has achieved a lot, Europe's most important integration project has not been able to solve the main issue: to become comprehensible and convenient for the broader population," Konstantin Kosachev, head of Russia’s Federation Council Committee on Foreign Affairs, wrote on Facebook. The senator noted that the EU's bureaucracy deprives it of the mobility to react to new challenges and problems such as terrorism and migrant flows.

Alexei Pushkov, the head of the Foreign Affairs Committee in the State Duma agrees. He even sparred over the news with former U.S. Ambassador to Russia Michael McFaul, who on his Twitter page wrote:

“Shocked by #Brexit vote! Losers: EU, UK, US, those that believe in utility of a strong, united, democratic Europe. Winners: Putin.”

Shocked by #Brexit vote ! Losers: EU, UK, US, those that believe in utility of a strong, united, democratic Europe. Winners: Putin.

Pushkov reacted by writing that, "Russia has nothing to do with this. This is the defeat of Brexit's opponents. And a personal failure of Barack Obama."

McFaul clarified that he had not meant that Putin influenced the British on this matter but only that it was advantageous for the Russian president if the UK left the EU.

I genuinely complement Putin for his victory tonight on Brexit, but Russians scream defensively, "Putin is not guilty'. What does that mean?

The news of Brexit has already resulted in the fall in securities on the European market. German Gref, head of the Russian state-owned Sberbank, remarked that the fall could have an impact on Russia.

"This will lead to panic,” Gref said. “It will have an extremely negative effect on our economy, on our exchange rate and on investors in Russian securities."

Other Russian economic experts believe that the fall will be brief and will not influence Russia.

"We can express regret about the British leaving the EU,” says Alexei Kudrin, Russia’s former Minister of Finance. “But there will be no catastrophe, even though financial markets will go through a brief period of instability."

Kudrin believes that Russia will not be affected greatly by the Brexit.

"We have our own, more acute problems," he said.

Current Russian Minister of Finance Anton Siluanov agrees with Kudrin. In his view, after the Brexit oil prices will decline and the ruble will weaken, but the influence of this event will be limited concerning Russia's economic situation.

Experts differ in their evaluations of the effect that the UK’s departure will have on Russian-EU relations.

"The long-term results will be rather advantageous, since the absence of the UK in the EU makes continental Europe more open to negotiations," said Timofei Bordachev, director of the Center for Comprehensive European and International Studies at the HSE Faculty of World Economics and Politics in Moscow.

Risks and opportunities for Russia

Dmitri Danilov, director of the Department of European Security at the Russian Academy of Science’s Institute of Europe, agrees with Bordachev about instability threatening Europe, but believes that it is not to Russia's advantage.

"Strategic turbulence is not in Russia's interests," says Danilov.

In Danilov’s opinion, following the UK’s exit the European countries remaining in the EU will try to consolidate and preserve the union, including with respect to political issues, which could result in a tough attitude towards Russia. At the same time Danilov said that a weakened EU could start searching for support in external partners. Primarily this is the U.S., but it is possible that Brussels would also try to activate cooperation with Russia.

"There are chances to make progress in Russia's relations with the EU, take them out of the crisis and I think this is what we have to strive towards," Danilov said.