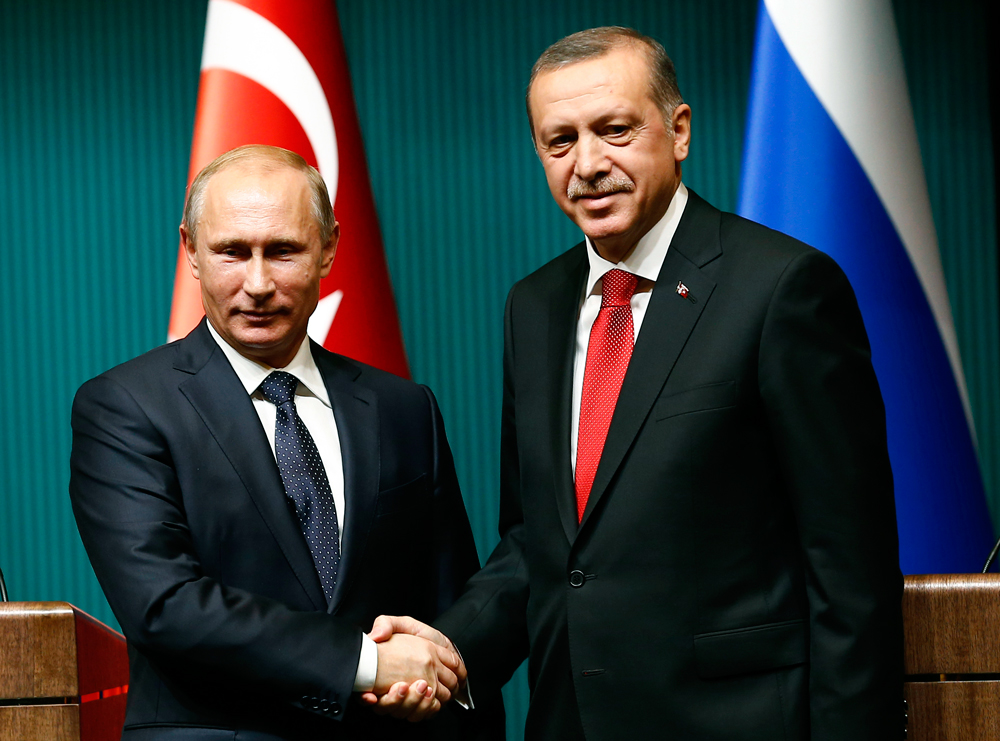 Putin shakes hands with Erdogan after a news conference at the Presidential Palace in Ankara, December 1, 2014.

Reuters
The presidents of Russia and Turkey intend to hold talks in the near future as they attempt to rebuild mutual trust that has been seriously damaged following a seven-month crisis in bilateral relations. What will they talk about?

Turkish President Recep Tayyip Erdogan has confirmed that his much-anticipate meeting with Russian President Vladimir Putin will be held soon. According to him, it may happen in July or in August before the G20 meeting.

This will be the first meeting between the two sides after a seven-month crisis in bilateral relations that began on Nov. 24, 2015 when Turkey shot down a Russia Su-24 bomber that it claimed had infringed on Turkish airspace.

Russian experts believe that the following three issues will dominate the meeting:

1. The Syrian crisis and security problems

Since the main point of contention between Russia and Turkey is the Syrian crisis, in order to improve dialogue the countries must first try to find a common ground on this issue.

Ever since the beginning of the Syrian crisis Ankara has sided with the Syrian opposition, was an active participant in the Friends of Syria meetings and has allegedly even provided assistanceto the radical groups fighting against Syrian leader Bashar al-Assad.

Meanwhile, Moscow has always supported Assad and in fall 2015 began a military campaign in Syria with the objective of helping the Syrian government army.

Alexander Sotnichenko, a foreign affairs expert at St. Petersburg State University, believes that the common enemy of terrorism may help to reconcile the two sides: "The main issue is interactivity in Syria and the joint fight against terrorism," he said. 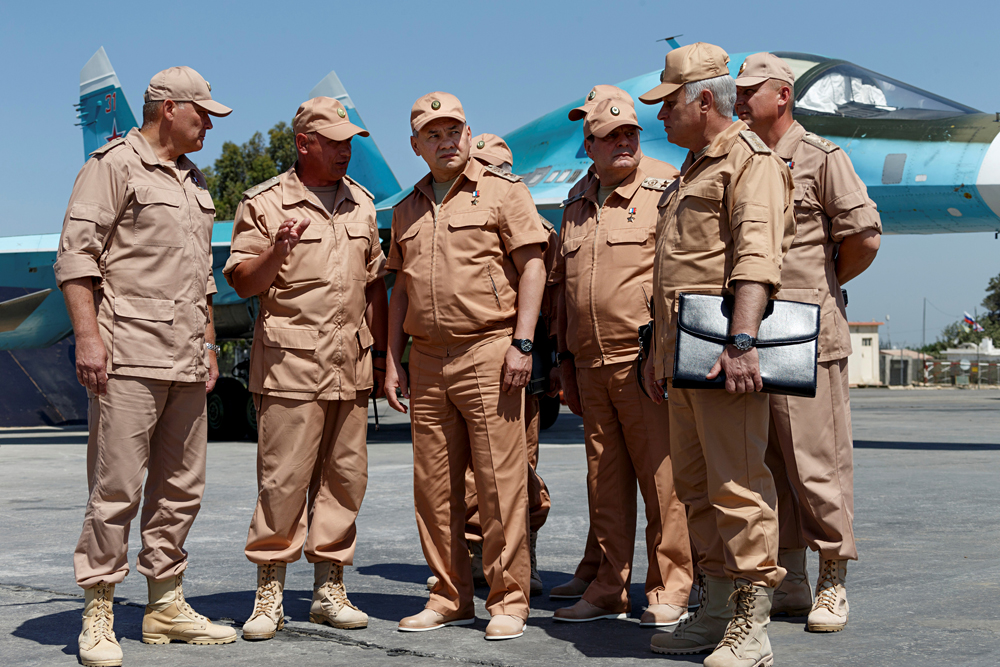 In his view, it is too early to make any predictions about whether or not the sides will come to any concrete decision: "Everything depends on the interactivity program that Russia will offer," he said.

Kerim Khas, an expert on Eurasian politics at the International Strategic Research Organization independent think-tank in Ankara, notes that lately Turkey has begun reconsidering its foreign policy, including its policy towards Syria.

"Dialogue between Moscow and Ankara on Syria is fully possible and moreover, it is necessary. The crisis in Russian-Turkish relations began precisely with Syria. But it can also be overcome through cooperation on solving the Syrian crisis," said Khas.

2. The removal of sanctions and the cancelation of visas

The presidents will also discuss the details of lifting the sanctions against Turkey, which Putin ordered the Russian government to impose on Nov. 28, 2015, as well as the issue of canceling visa requirements for Turkish citizens introduced on Jan. 1.

"It is important not to forget that these processes will be directly linked to Ankara's successful realization of Moscow's demands,” said Yury Mavashev, a Middle East and Turkey scholar and expert from the Caucasus Geopolitical Club, a Russian forum for discussing geopolitical and socio-political issues in the region.

"This means punishment of the guilty and compensation for the downed plane. In this regard Russia will already have an advantage at the upcoming meeting,” he said.

“It is not by chance that Russian Prime Minister Dmitry Medvedev stressed that the Russian government's measures would be gradual. This is a signal and an appeal for Ankara to take measures in response." 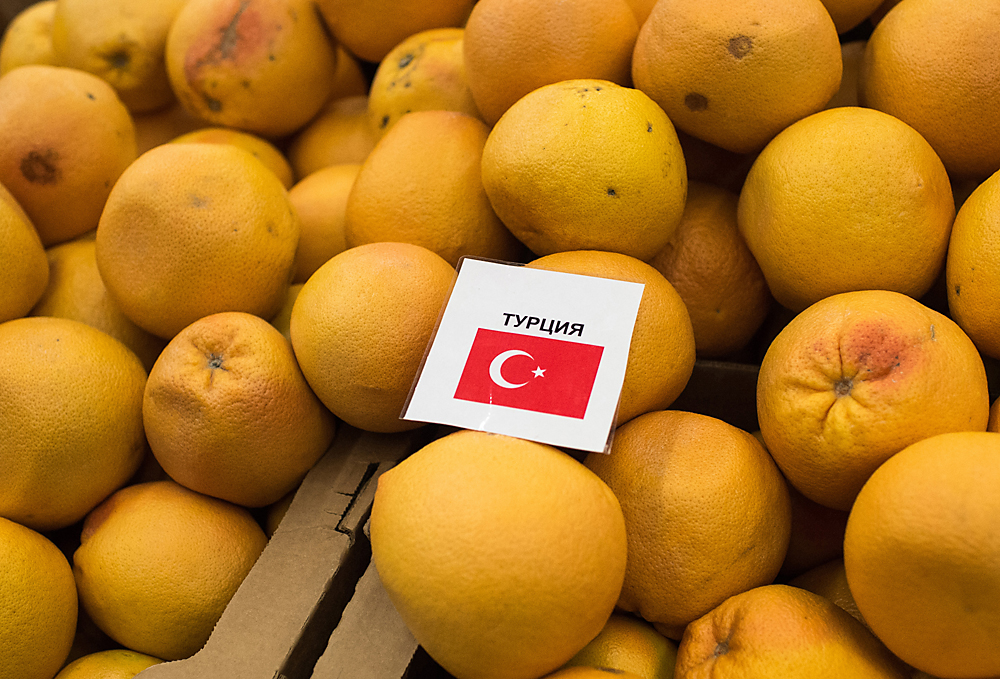 The pipeline carrying Russian gas was supposed to be laid along the Black Sea seabed through Turkey towards the Turkish-Greek border. On December 1, 2014 Gazprom and Botas signed a memorandum of understanding for constructing the Turkish Stream pipeline.

It was expected that soon an intergovernmental agreement would be signed, but for various reasons the signing was postponed (problems with costs, supply volumes, discounts and Turkey's domestic crisis). After the incident with the Russian plane the Turkish Stream project was not discussed, although Russia never openly said it would be completely abandoning it.

"The renewal of the Turkish Stream project will be raised among other issues of bilateral cooperation," said Kerim Khas.

"It is very likely that during the meeting the sides will agree to build one segment of the pipeline on conditions that are mutually favorable."