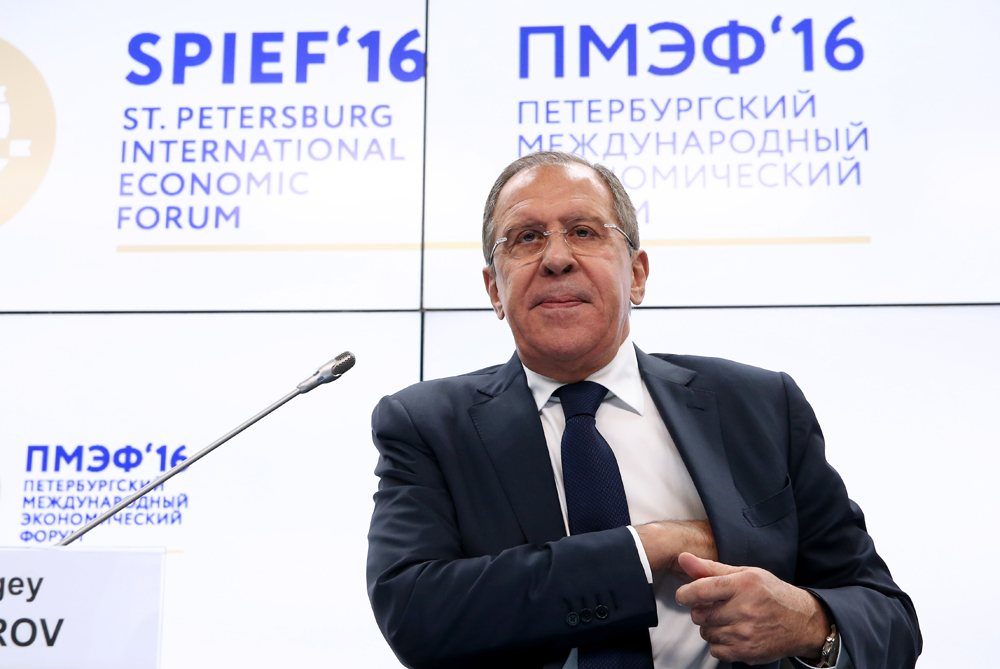 Sergei Lavrov is in Laos for meetings with ASEAN foreign ministers.

Russia raised the issue of the arrest of Russian citizen Dmitry Ukrainsky in Thailand with the Thai authorities on the sidelines of Association of Southeast Asian Nations (ASEAN) meetings, Russian Foreign Minister Sergey Lavrov said on July 26.

Convicted Russian pilot not to defend his innocence in U.S. court
"This is not a subject of relations between Russia and ASEAN," he said, answering a question whether this matter was touched upon at the Russia-ASEAN ministerial meeting in Laos. "It’s a matter of our relations with Thailand, so we raised this issue in talks with our colleagues from Thailand," Lavrov said.

Thailand’s newspaper The Nation reported previously that the Thai police, at the request of the U.S. Federal Bureau of Investigation (FBI), arrested Ukrainsky, 44, and citizen of Uzbekistan Olga Komova, 25, who are suspected of stealing $28.5 million from bank accounts of citizens of several countries.

Tourist Police Commander Pol Maj Gen Surachet Hakphan said that the Russian man was arrested in Pattaya where he has been running several firms renting yachts to tourists. The Uzbekistani woman was arrested at a hotel on Koh Chang where she has been working, the publication says.

Surachet said the two suspects were engaged in sending malware to emails of their victims and the malware sent back usernames and passwords of online bank accounts in the United States, Australia, Japan, Britain, Italy and Germany.

Victor Bout, who was reportedly the inspiration for the main character in the Hollywood blockbuster “Lord of War,” was arrested in Bangkok in March 2008 at the request of U.S. authorities. Washington accused Bout of arms dealing, conspiracy to murder U.S. citizens and supporting terrorism. Bout claimed he was simply an entrepreneur with a legitimate international transportation business. In 2010, he was extradited from Thailand to the US.

The FBI has traced the transactions and found that they were wired to Thailand, so the FBI sought help from the Immigration Bureau to arrest the two suspects, according to the newspaper.

Russian citizens have been repeatedly arrested abroad at the request of the US law enforcement agencies and secret services. The Russian Foreign Ministry previously issued a warning to Russia’s citizens who travel abroad to carefully weigh all the risks due to the continuing unacceptable "hunt" of the United States for Russian nationals around the world.

"The American authorities continue the unacceptable practice of "hunting" for Russians all over the world, ignoring the norms of international laws and twisting other states’ arms," the ministry said.

There have been more than 20 such incidents. Three citizens of Russia - Maxim Senakh, Alexander Serov and Mikhail Sergeyev were recently extradited to the United States from Finland. In 2010, a similar incident occurred with Konstantin Yaroshenko, who was seized in Liberia in 2010 and secretly - in violation of the country’s national laws and international law - taken to the United States.

The same methods were used by the United States in the case with Russian businessman Viktor Bout, as well as with Roman Seleznev, who was literally abducted by the US agents from the Maldives in July 2014 and forcibly transported first to Guam, and then to Seattle, where he is still held in custody.