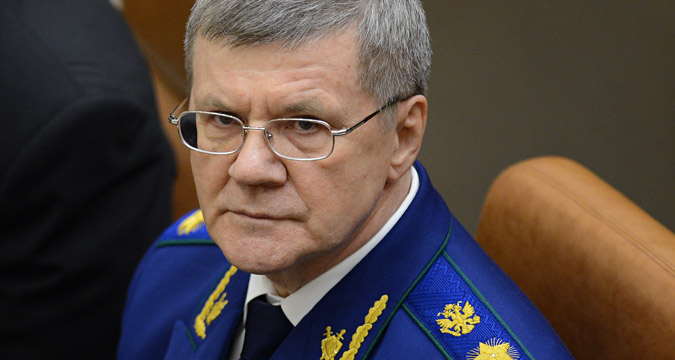 Vladimir Astapkovich/RIA Novosti
On July 15, Ukrainsky was detained near his house in Pattaya (Thailand) and on the same day put into a detention facility of the immigration police in Bangkok.

"The Russian citizen was notified that Russia’s request for his extradition had been handed over to Thai authorities," Kurennoi said. Prosecutor General’s Office employees were accompanied by diplomats from the Russian embassy.

According to Kurennoi, Ukrainsky accused in the United States of stealing money from credit cards agreed to be extradited to Russia, if Thailand approves the corresponding request from the Prosecutor General’s Office.

The Russian Prosecutor General’s Office delegation arrived in Thailand for a two-day visit on August 3.

"At a bilateral meeting between Russian Prosecutor General, Yuri Chaika, and his counterpart from the Kingdom of Thailand, the two sides discussed the issue of extradition to Russia of its citizen who is accused of fraud. During the talks, the Russian side handed over to Thai authorities a request for the extradition of Russian citizen Dmitry Ukrainsky, accused (in Russia - TASS) of committing fraud (under Article 159, part 4 of the Russian Criminal Code)," Kurennoi said.

"According to the preliminary investigation results, Ukrainsky stole more than 7.5 million rubles ($112,057) in Moscow in the period from April to May 2013 through fraud and abuse of trust. He acted within an organized criminal group," the spokesman said.

On July 15, Ukrainsky was detained near his house in Pattaya (Thailand) and on the same day put into a detention facility of the immigration police in Bangkok. The warrant for his arrest was issued by a Thai court over accusations of money laundering in the United States. After Ukrainsky’s whereabouts were established, Russian Deputy Prosecutor General Viktor Grin signed on August 1 a request to the Office of the Attorney General of Thailand for his transfer to the Russian side.

This document envisages both the extradition procedure and possible deportation. The Russian embassy has filed a protest note with the Thai Foreign Ministry, which states that the Russian citizen’s extradition to the United States would be unacceptable and that the issue should be settled exclusively within the legal framework. According to the Thai police, he may be extradited to the United States by the corresponding decision of a local court.

Read more: Convicted Russian pilot not to defend his innocence in U.S. court