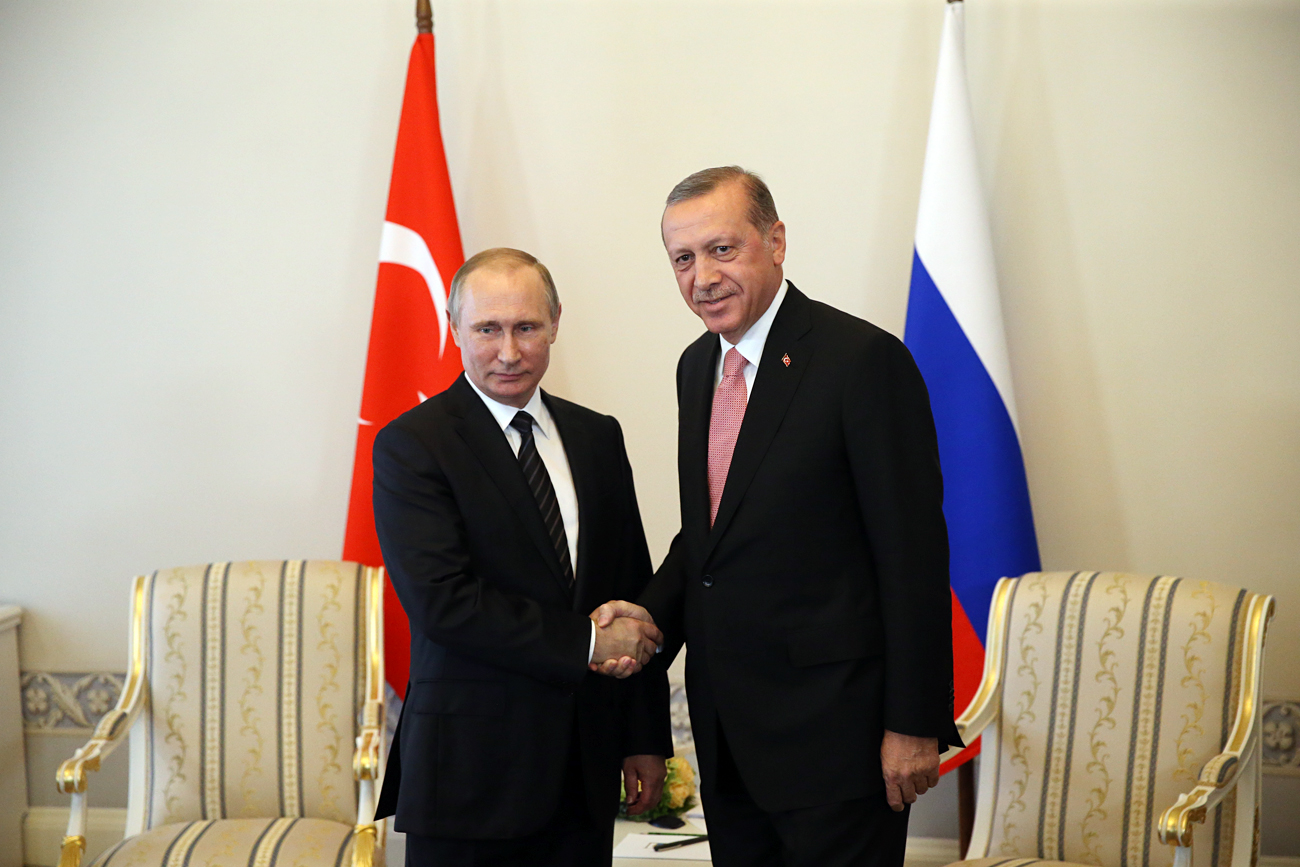 Konstantin Zavrazhin/RG
According to experts, talks between the Russian and Turkish presidents in St. Petersburg on Aug. 9 yielded impressive results on economic issues. At the same time analysts warn that many elements in relations between Moscow and Ankara depend on whether or not solutions to political problems will be found, primarily concerning the Syrian issue.

The personal meeting between Russian President Vladimir Putin and Turkish leader Recep Tayyip Erdogan, the first since the Turkish air force shot down a Russian jet in November 2015, took place in St. Petersburg on Aug. 9. Analysts who predicted that the talks would lead to serious breakthroughs in economic issues between Turkey and Russia were right.

During the press conference after the main part of the talks it was announced that progress had been made in the two most important Russian-Turkish energy projects: the construction of the Akkuyu nuclear power plant by Russian specialists and the laying of the Turkish Stream gas pipeline along the Black Sea seabed.

According to Erdogan, both projects will be renewed and brought to their logical completion. Putin said that the total construction cost of the projects amounts to several dozen billion dollars.

The construction of Turkish Stream is of particular interest for Russia, since the pipeline presents a possible alternative to the Ukrainian transit route for shipments of Russian gas bound for Europe. For now, however, talks are being conducted about two out of the initial four lines, those intended for delivering gas to Turkey rather than onward to Europe. 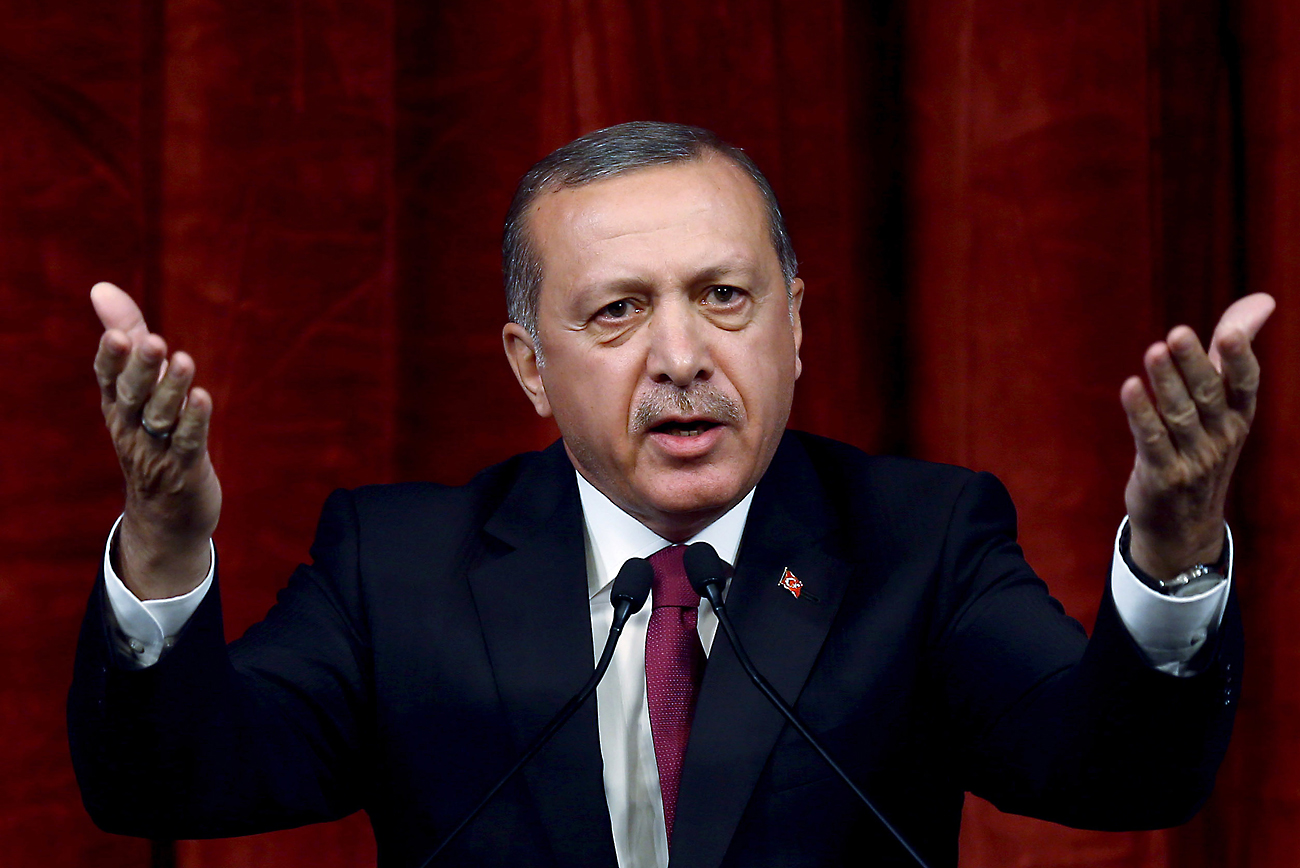 Erdogan understands how he can use Russia to his advantage
Putin also stated that he intends to gradually lift the restrictions on Turkish companies working in Russia. He made it clear that soon charter flights to Turkey would start operating again, something that the Turkish tourist business is extremely interested in.

In the opinion of Yelena Suponina, advisor to the director of the Russian Institute of Strategic Studies, all this bears witness to the fact that "the reestablishment of economic relations is moving at a pace that did not seem possible in such conditions."

Trade-economic relations between Russia and Turkey have become the priority, since this is the field that the countries find easiest for reestablishing mutual ties, said Vladimir Sotnikov from the Institute of Middle East Studies at the Russian Academy of Sciences.

At the same time experts note that it may take a rather long period of time to return to normal full-fledged relations. In the words of Viktor Nadein-Ranevsky from the Institute of World Economy and International Relations at the Russian Academy of Sciences, in the construction field alone Turkey lost contracts worth $40-45 billion as a result of the quarrel with Russia, many of which it will be impossible to recuperate.

It is also not certain that Moscow and Ankara will be able to return to the level of relations that existed before November 2015. According to Vladimir Avatkov, a Turkey scholar and director of the Center for Middle East Studies, International Relations and Public Diplomacy, after the incident with the Russian plane Moscow will not nurture any "romantic illusions" in respect to Russian-Turkish relations and Ankara's policies. There will only be a precise understanding of each other's interests.

Unlike the economic issues, talks on political problems between Russia and Turkey are not so simple. It is important to note that the subject of Syria was removed from public discussion: This issue was addressed after Putin and Erdogan's press conference.

Russian observers point out that Moscow would like Turkey to close the Turkish-Syrian border so that Syrian Islamists can no longer receive reinforcements from Turkish territory. Russian analysts believe that it will be exceptionally difficult to obtain progress from Turkey on these issues, but some points of contact can still be found.

According to Avatkov, besides discussions on the Syrian problem, Putin and Erdogan must find some kind of mechanism in the field of security that would prevent a repeat of the November incident. The future of Russian-Turkish relations depends on whether or not this mechanism will be found.

Opinion of a Turkish expert: A positive atmosphere

Kerim Has, an expert on Eurasian politics at the International Strategic Research Organization independent think-tank in Ankara:“The most significant result of the talks is that the sides are again speaking of security issues. Secondly, statements about economic cooperation are also important.“Thirdly, it is important that with the normalization of bilateral cooperation the sides will pay more attention and make more efforts to guarantee regional security. This cooperation concerns the regulation of the Syrian crisis and the security issues of the Black Sea region.“Fourthly, decisions in the energy field are also crucial. Now we can see that talks on Turkish Stream are continuing. And finally, it is very important that the talks were held in a positive atmosphere.” 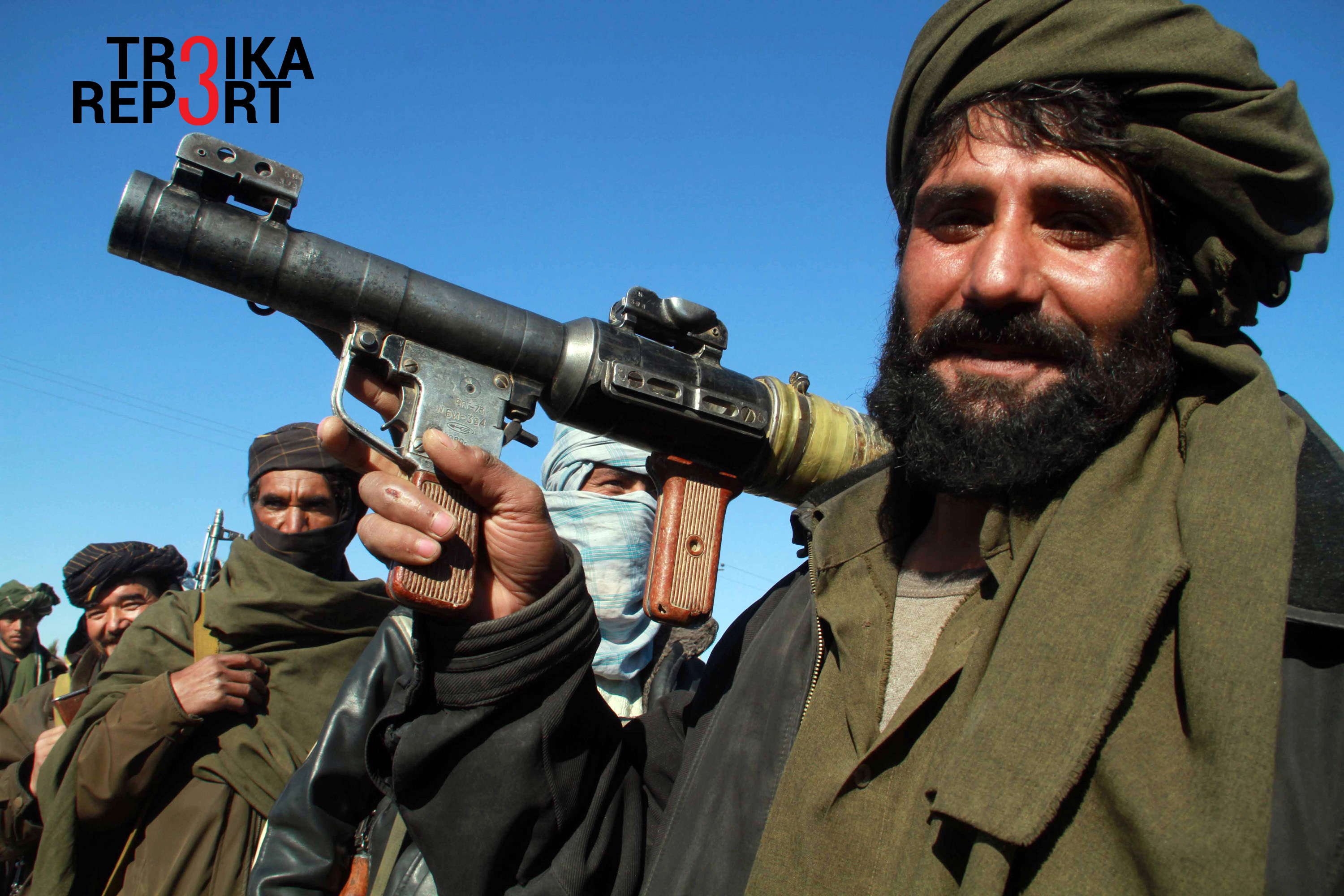 Along Russiau2019s borders: What are the non-NATO security risks?