It’s time for Africa: Assessing Russia's relations with the continent 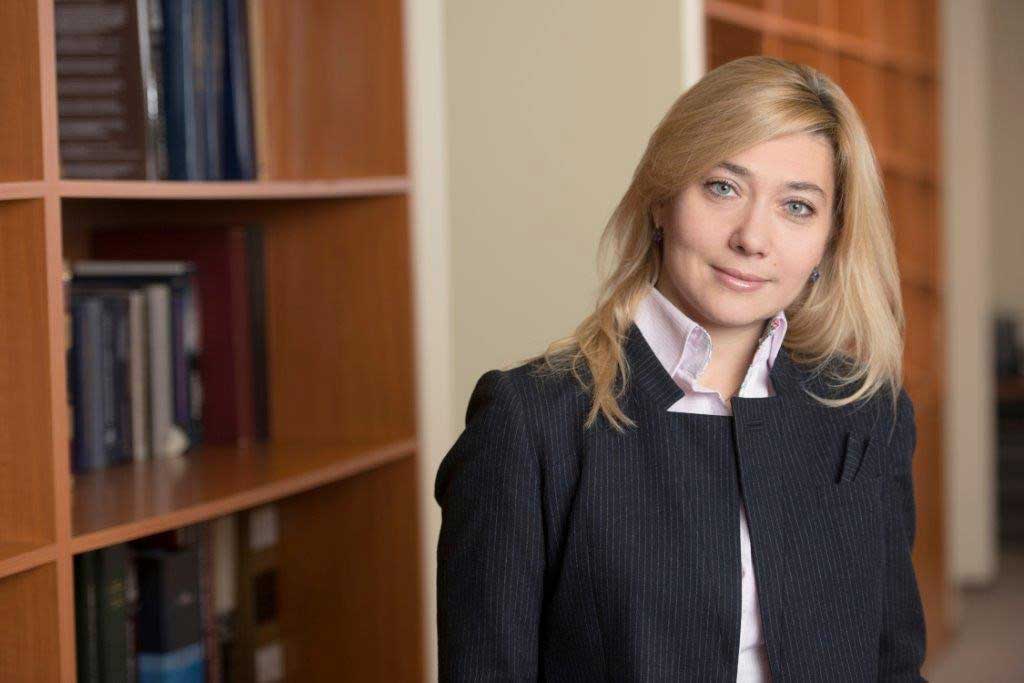 Nataliya Zaiser: "Russia is clearly showing that open partnership with and support of Africa remains a priority."

Press photo
A Moscow-based public policy advisor specializing in Russia, the Eurasian Union and Africa explains some of the aspects of current Russia-African relations, problems and challenges, as well as its future perspectives.

While over the past two decades, Russia's efforts to regain its Soviet-era influence in Africa have achieved little success, times have changed significantly, according to Nataliya Zaiser, a public policy advisor covering Russia, the Eurasian Union and Africa at Squire Patton Boggs Moscow office.

Since March 2016, Zaiser has been the chair (head) of Africa Business Initiative (ABI), created with the support of Russian businesses as a platform for humanitarian, economic and legal expertise aimed at strengthening relations between Russia and Africa. The main goal of this organization is to unite efforts in promoting and supporting the interests of Russian businesses within the framework of broader international cooperation on the territory of the African continent.

As one of the participants at the St. Petersburg International Economic Forum (SPIEF), held from June 16 to 18, what were some of the significant questions raised during the roundtable discussions on Russia and Africa?

Nataliya Zaiser: The roundtable was very interesting. Both sides (Russian and African) demonstrated a strong desire for cooperation. We talked about some specifics: about the main economic sectors that various African countries are interested in most; about business diversification away from a focus on mining and oil and gas towards infrastructure projects, telecommunications and biotechnologies.

SPIEF 2016: Russia will attract only the best foreign technologies

We spoke about the need to encourage the participation of small and medium-size businesses in Africa; about bilateral cooperation; about the importance of the legal aspects of all these and about improving the system of legal regulation of projects, from customs and tax matters to export licenses.

The panelists also touched on enhancing cooperation with Africa in the global fight against drugs and epidemiological diseases, and combating terrorism. We listened to the companies that are active and successful on the continent; they shared some of their experiences, particularly good practice in building business relationships.

Why have Russia's efforts to regain its economic influence achieved little success, why is soft power softer than in Soviet days?

N.Z.: We shouldn’t say whether power is "softer" or "harder" than in the days of the Soviet Union. It's just different. Times have changed significantly: new economic and political environment, new challenges, new competitive conditions, new bases for cooperation. People are different, minds are different, technologies are different.

In all that, we have to find absolutely different approaches and strategies to building business relationships. What remains the same is a will, a very loyal mutual attitude between Russia and African countries and a strong desire to push forward these mutual efforts.

In your expert view, looking at Russia's economic power, its global status and its staunch membership of the BRICS bloc, how would you assess its current investment and business engagement with Africa?

N.Z.: Many organizations are trying to solve local problems and find ways for business cooperation with the African continent. The issue of investment looms, perhaps, particularly largely. I think that in cooperating with African states, organizations can be guided by an approach of shared responsibility, including the financial aspects.

Russia is clearly showing that open partnership with and support of Africa remains a priority. In the current conditions, it will seek ways of co-financing, co-investment and co-partnership. There may also be opportunities too for international partnerships, whether BRICS or any other groupings, formal or otherwise, on African projects.

Some policy experts have attributed Russia's economic policy setbacks to the lack of a system of projects and business financing. For instance, China has set up the China Africa Development Fund as one major source of support and is implementing its projects in Africa. What are your views about this?

N.Z.: Russia has developed a number of business councils for cooperation both with individual African countries as well as with its own regions and neighbors. For Africa in particular, the Africa Business Initiative offers the chance of a consolidated approach, and an independent organization that can work with the business community in Russia and at the same time combine the interests of the diplomatic community, the state, academic views and so forth.

At this stage, when Russia is feverishly struggling to raise its economic profile through dialogues and consultations at the state level, do you suggest that Russia's financial institutions, especially the banks, get involved in financing corporate projects on the continent?

N.Z.: Investors and lenders today understand the potential benefits of investing in emerging markets like African countries. They also understand the critical importance of addressing the political and economic risks that may accompany an investment in such markets. This is the work which needs to be carried out. MIGA (Multilateral Investment Guarantee Agency) is one of the biggest international organizations, for example, that helps investors and lenders to deal with such risks by insuring eligible projects against losses.

In Russia, there’s EXIAR (the Russian Agency for Export Credit and Investment Insurance) which was established in late 2011 as Russia’s first ever export credit agency. I’m sure it has big potential and expect that they will look closely at African projects to support Russian business and guarantee the insurance and safety of their investments.

In any case, for a start, it’s important that Russia becomes a member or starts cooperation with key major African organizations, such as the African Development Bank, the African Union, the NEPAD [New Partnership for Africa’s Development], etc. That will significantly extend the boundaries for Russian-African business opportunities.

We’ve been talking about economic diplomacy between Russia and Africa. And it’s also important to look at the relations as a two-way street. Could you please explain the possible reasons why African business is extremely low or completely absent, compared to Asian countries, in the Russian Federation?

N.Z.: This is a good question that I want to address to you as a representative of the African diaspora. Of course, this is a bilateral cooperation. Russia is open. Africa has much to offer Russia, which is a large country and has excellent prospects in the regions, many of which are developing very rapidly and are ready to accept new partnerships, and discuss forms of cooperation.

Moreover, the Russian regions are facing similar problems to several African countries: the development of the agricultural sector, technological investment and progress that will support a rise in the standard of living of the population. There’s a good case for creating a specific program (a roadmap if you will) for cooperation between African countries and the Russian regions.

As an expert with a reputable U.S. law firm, what would you say about the prospects of the Eurasian Economic Community (Russia, Belarus, Kazakhstan, Armenia and Kyrgyzstan)? Explain further what African countries can make out of this economic bloc.

N.Z.: There’s often a compelling case for neighboring countries to get together and engage in some kind of union because it can facilitate and stimulate trade relations, reducing barriers without overloading them with tax and customs issues, bureaucratic procedures and other things that may mitigate mutual economic progress.

I’m sure Africa will take an active part in working with the Eurasian Union as with other international or supra-national organizations and alliances because this kind of cooperation opens the gates to wider initiatives.

Of course, as a global firm our trade practice in particular is a leading advisor on international economic and commercial initiatives – the Transatlantic Trade and Investment Partnership and Trans-Pacific Partnership are two obvious ones that spring to mind. Squire Patton Boggs works globally, with a powerful geographic reach of 46 offices in 21 countries. We advise clients on a wide range of legal and public policy matters.

As for Africa, by the way, we have a dedicated Africa Practice inside the firm which involves numerous specialist teams and industry groups and individual lawyers and public policy advisors who actively work with clients across the continent.

With an understanding of key legal, economic and political issues that surround doing business in Africa, we’ve established ourselves as a premier firm for Africa-based transactions offering in-depth market knowledge, extensive experience and unique transactions and public policy combination that helps companies to achieve their African business strategies.

Finally, tell us more about the newly created Africa Business Initiative (ABI), why it has become necessary at this time, its primary roles or tasks and its overall future plans.

N.Z.: The Africa Business Initiative was launched and initiated primarily by businesses in Russia. The concept behind this is to develop a focal point for the promotion of business interests which would consolidate the efforts of existing structures: diplomats, scientists, academics, consultants and so on.

The key participation of Russia’s Institute for African Studies, as a serious platform for research, analysis and database, means that we can add significant insight to the actual experience of corporations that are successfully working on the ground.

The main goal is to create a pool of economic expertise aimed at revitalizing the "chemistry" in African-Russian business relationships. It has been widely acknowledged many times that Africa is on the path towards economic prosperity. The economies of many African states are becoming more balanced and there have been a lot of institutional transformations.

We need to fundamentally accelerate the approach, backed by a program of long-term trade, geo-economic relations and strategy that would keep pace with the ambitions of individual states. What the African continent needs now is the broad development of infrastructure, agriculture, consumer goods, health care and information technology.

The Africa Business Initiative can help outline an approach for Russian companies to come to the African market as a whole, as reliable business partners. Through this framework, it will be able to consolidate the interests of companies in different sectors; to address and promote the development of a common position on a whole range of issues; to establish joint strategic initiatives and to expand its presence in the investment field. The task is not to duplicate or simulate the activity of state bodies.

The participation of and partnership with the Institute for African Studies is very important. Historically, the institute has been and remains the alma mater for many Africans. It has the most powerful research base in Russia and a deep knowledge about developments on the continent.

Moscow gets a glimpse of magical Africa

Education and increasing awareness among Russian businesses is key. To understand the features of successful business in Africa, people should be well-versed in the social and political organization of all African countries, especially in their internal relationships, geographical peculiarities, and culture, in legislation, public administration, and so on.

The role of the institute, as a partner to Africa Business Initiative, is to provide maximum assistance. Good knowledge of the legal field, regulation, competent interaction with decision-makers and government structures of African states – all these constitute the key to a mutually beneficial and balanced cooperation.

The international experience and global presence of Squire Patton Boggs, which is also one of the members of the Africa Business Initiative, allows us to assist businesses in broader international cooperation, involving foreign colleagues and contacts that are interested in doing business in Africa.