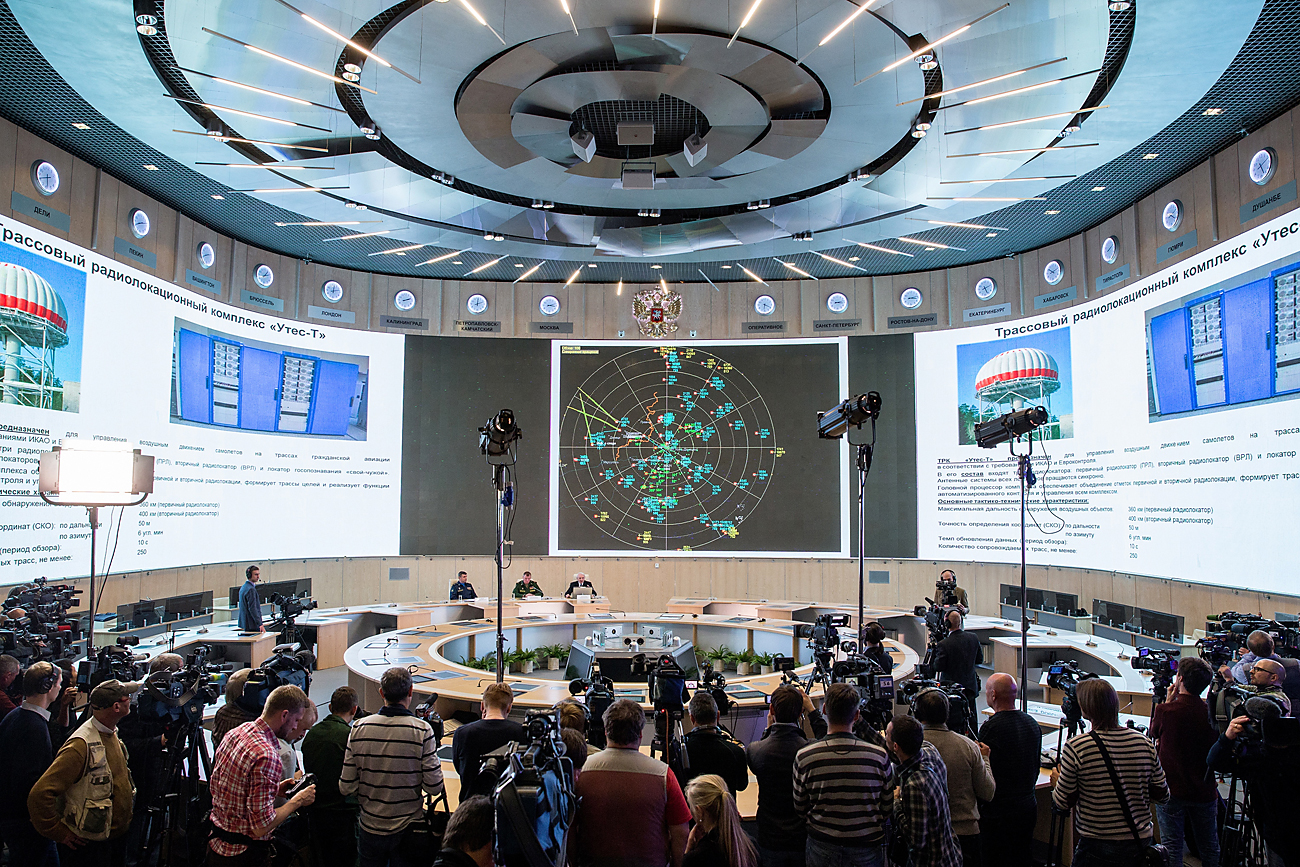 Sergei Bobylev/Russian Defence Ministry Press Office/TASS
Russian military officials have offered new information about the downing of Malaysian Airlines Flight MH17 over the breakaway republics in eastern Ukraine in July 2014, but the data does little to clarify the situation ahead of the release of a Joint Investigation Team report.

The Russian military says it did not observe the flight of a missile from a Buk-M1 air defense missile system (ADMS) from the rebel-held regions of eastern Ukraine in the direction of the Malaysia Airlines flight MH17 in July 2014, according to statements made by Andrei Koban, the commander of Russia's Aerospace Forces' Radio Engineering Troops, on Sept. 26.

According to newly released data, which was taken from Russian radar stations on the border with Ukraine, as well as information received by Russia's armed forces from the leadership of the self-proclaimed Donetsk and Lugansk People’s Republics (the DNR and LNR), the objects observed by Russian radar in the sky that night in addition to the Malaysian aircraft were two civilian airliners and an Orlan-10 unmanned aerial vehicle, which was made of composite materials and was about 6 feet long.

"In comparison, the missile of the Buk air defense system has a length of more than 5.5 meters [18 feet], a diameter of 0.4 meters [1.3 feet] and a wingspan of about 1 meter [3 feet]. The missile is made of metal, has a large, efficient reflective surface in comparison with the unmanned aerial vehicle and is a target, which is easier to be detected by radar," Koban said.

The general also said that Russian technology does not show areas to the west of the Malaysian aircraft, and that satellite images from the United States and Ukraine could help determine if a missile was launched from the Buk-M1 air-defense system, but both countries have refused to release their data.

His comments followed statements by Russia's Defense Ministry spokesman Igor Konashenkov on Sept. 25 that Ukraine was holding back the investigation.

The new statements contradict information the ministry released two years ago, said Alexander Khramchikhin, deputy director of the Institute of Political and Military Analysis, in an interview with RBTH.

Later, Russian investigators said that they had received the testimony of a Ukrainian pilot, who confirmed the involvement of a combat aircraft in the crash.

"Anyone familiar with the performance characteristics of the Su-25 and Boeing 777 knows that the two aircraft were unable to cross in the air," Khramchihin said. "The attack aircraft does not rise to the height of 10,000 meters and does not fly at the speed of a civilian liner."

He added that new information claiming that Russian radars could not detect a missile from the Buk-M1 air defense system if it was launched on the Ukrainian side has also raised more questions.

"The Buk's firing range is about 30 km [18 miles]," Khramchihin said. "There is no difference on which side of the aircraft a missile was launched — from the side of the militia or the units of Ukraine's armed forces. The distance is too small, and all can be detected by radars."

Investigation drawing to a close

On Sept. 28, the Joint Investigation Team led by the Netherlands announced the findings of its conclusive report on the weapon that was used to take down MH17,  attributing the disaster to a missile fired from separatist-controlled areas of eastern Ukraine. According to Khramchikhin, the publication of the Defense Ministry's new data is related to the report’s release.

Igor Korotchenko, editor-in-chief of the Natsionalnaya Oborona (National Defense) magazine, told RBTH that any new data presented by the Defense Ministry must be examined by the investigation team before the publication of the results, although the investigators have yet to obtain the recordings of conversations between air traffic control at the Dnipropetrovsk airport and MH17. "These documents were seized by Ukraine's Security Service and were not transferred to Dutch experts for analysis," he stressed.

The report is expected to lead to the eventual identification and prosecution of those responsible for the disaster.

Malaysia Airlines Flight MH17 traveling from Amsterdam to Kuala Lumpur was shot down on July 17, 2014 over the Donetsk Region of eastern Ukraine. All 283 passengers and 15 crew members on the flight were killed.