Fort Ross forum: Fostering a new dialogue between Russia and the U.S. 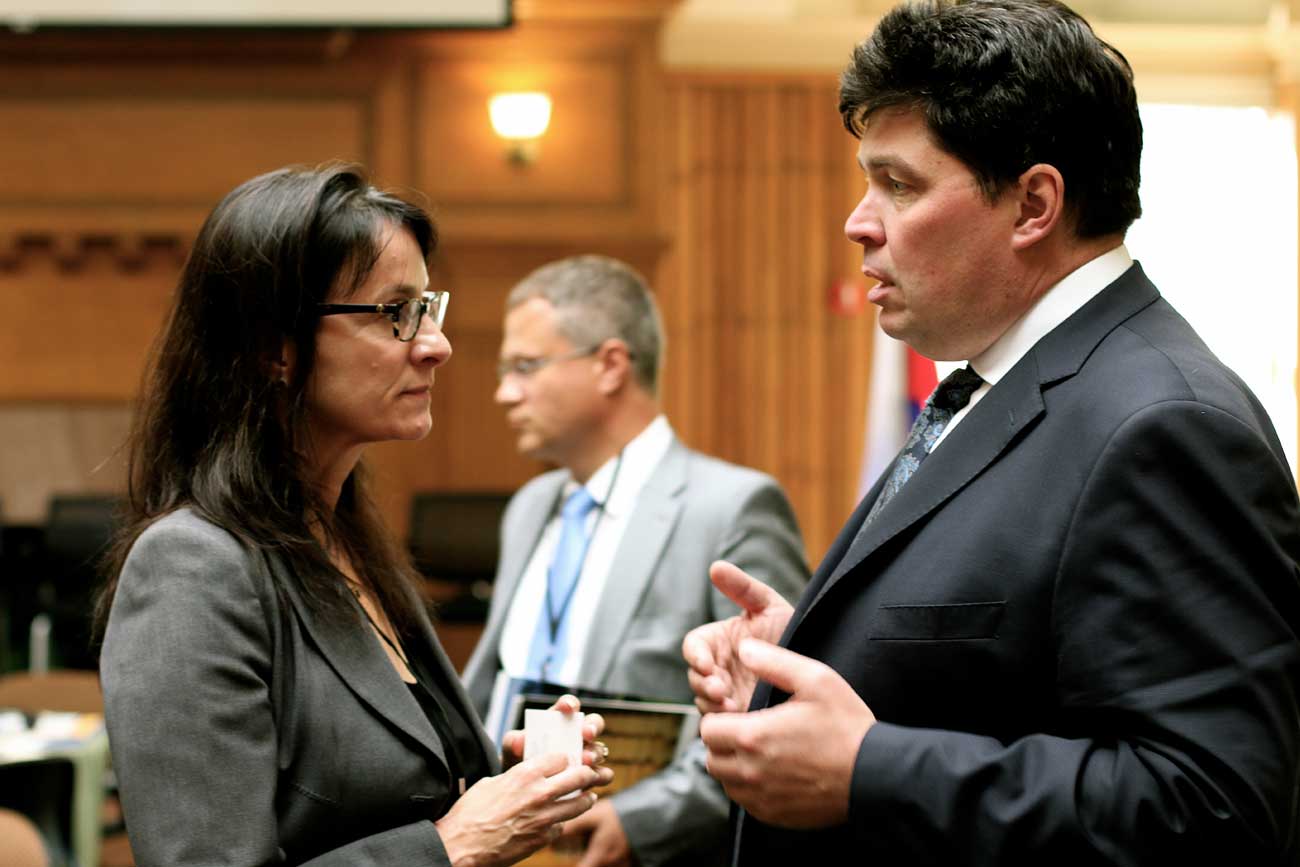 Russia Direct
A former Russian colony in California is a symbol for potential new dialogue between Moscow and Washington despite their increasing confrontation.

Today – with the U.S.-Russia confrontation in full swing – any references to Russian colonies in the U.S. might bring about concerns or skepticism among those who see the Kremlin as the major geopolitical opponent.

However, in the early 19th century, when the U.S. saw Russia as a partner, the presence of Russians in Northern California was not something extraordinary and surprising. This was the time when Fort Ross, a Russian outpost in California, emerged and became the symbol of U.S.-Russia shared historical legacy.

In the 1840s, Fort Ross passed into private hands and, in the 20th century, it became part of the California Department of Parks and Recreation. Today it brings together Russians and Americans at the Fort Ross Dialogue, an annual forum organized by the Fort Ross Conservancy, a non-profit organization, and supported by the Woodrow Wilson Center’s Kennan Institute and the California State Park Cooperating Association. It is a shining example, at least because it encourages Moscow and Washington to find common ground in such difficult times. 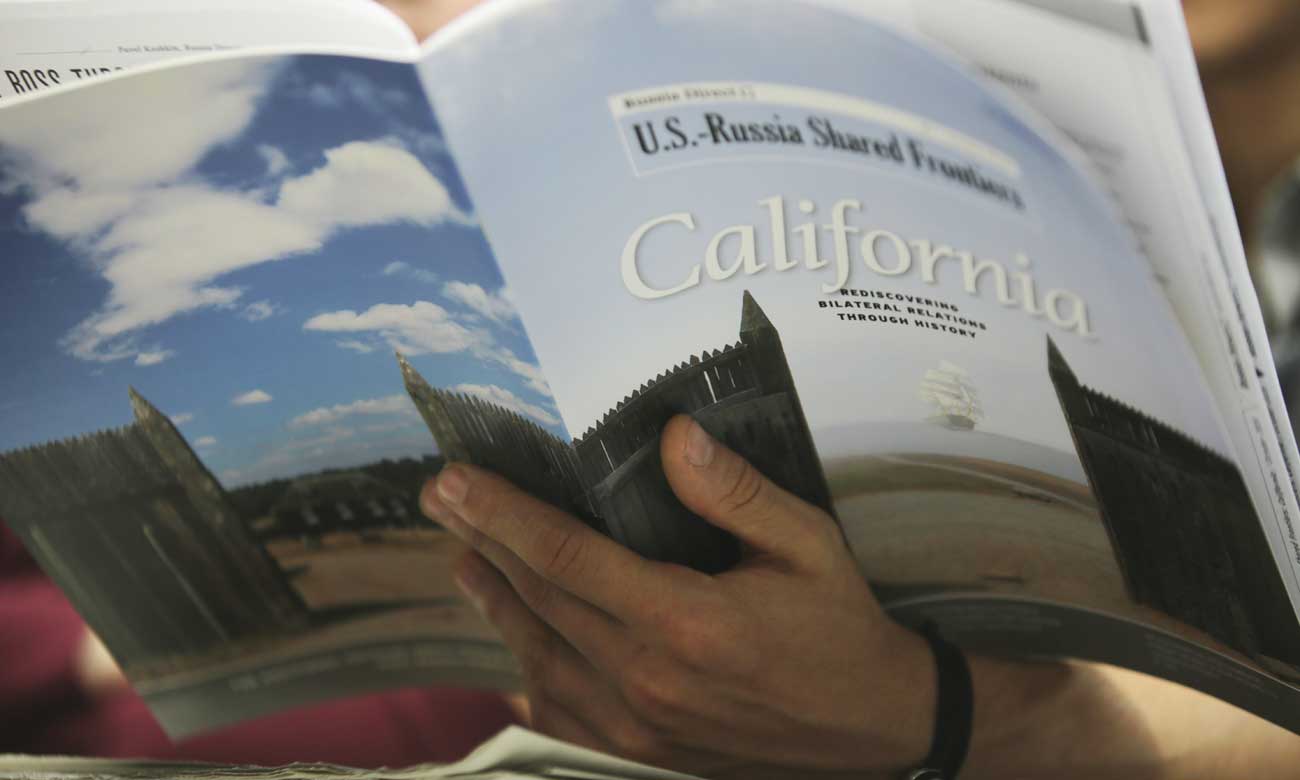 Russia Direct releases new project on the shared history of U.S. and Russia

This year the forum marked its fifth anniversary on Oct. 17 and for the first time took place at Stanford University. The event brought together high-profile diplomats, politicians, academics, experts, students and Russia Direct, which organized a roundtable on the challenges facing bilateral educational exchanges within the Fort Ross Dialogue.

All speakers agreed that an effective and honest dialogue is crucial in improving U.S.-Russia relations and alleviating the current confrontation, which some experts compare with a new Cold War. Moscow and Washington are “on the brink of a new Cold War,” which is going to be costly and very dangerous, said Perry. He reminded the audience about the 1962 Cuban Missile Crisis, the apex of the Soviet-American confrontation over the Soviet ballistic missile deployment in Cuba, which put the world on the verge of a nuclear war.

Likewise, McFaul is also concerned with the current state of U.S.-Russia relations, which he sees as “scary.” In such a situation, dialogue between Russia and the U.S. is vitally important. While Russian President Vladimir Putin and his American counterpart Barack Obama lack personal chemistry and don’t have a dialogue, peer-to-peer programs fostering people-to-people communications are becoming more important, which “we desperately need,” McFaul said.  However, the challenge is how to maintain this dialogue over the long-term, he added.

Another problem is the lack of trust between Moscow and Washington, which hampers an effective dialogue between the nations. As Governor Brown argues, trust and honesty are essential for U.S.-Russia bilateral relations. You don’t necessarily agree, and you can “profoundly disagree,” but you should be able to “set aside your own preconceptions,” to understand the position of a different side and go beyond your narrow thinking, said Brown. It is not a matter of being able to agree; it is a matter of being able to listen and seeking to understand each other better, he added.

Most speakers who took the floor during the Forum, including Zhiganov, Petrov, Margelov, McFaul and Perry, are pinning their hopes on educational, professional and cultural exchanges and their impact on bilateral relations. However, they are hardly likely to be a game-changer, if exchange programs remain in the shadow of politics.

In fact, this was the agenda of Russia Direct’s panel discussion that brought together well-known experts such as Dan Davidson, the president of American Councils for International Education, Kathryn Stoner, a senior fellow at Stanford University, Victoria Zhuravleva of the Russian State University for the Humanities, Anna Vassilieva of the Middlebury Institute of International Studies at Monterey and Anton Fedyashin of American University at Washington, D.C.

All of them agree that educational exchanges are the best tool to foster trust between the countries. For example, Davidson sees exchanges as “the mechanism ensuring that dialogue remains possible and productive for both sides.” According to him, these programs “broaden horizons, the ability to shift cognitive frames and recognize different meaningful cultural and historical contexts.” Successful exchanges “produce people who are effective mediators,” he added. 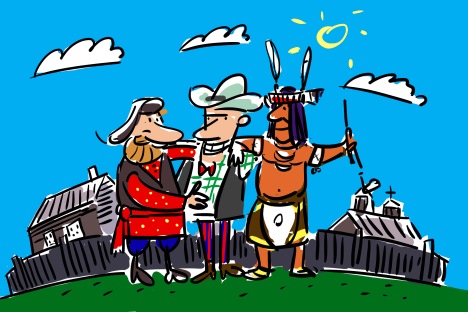 Likewise, Zhuravleva believes that exchanges are a good tool to foster empathy between Russia and the U.S. – the ability to put oneself in others’ shoes, which is essential in resolving the common challenges, especially now when Moscow and Washington have systematically been failing to interpret each other’s motivation in the right way. However, far from alleviating tensions and fostering dialogue, exchanges were affected by political and financial difficulties, with the authorities both in Russia and the U.S. failing to boost them.

With the top-down support for exchange programs decreasing, bottom-up initiatives like the Stanford U.S.-Russia Forum (SURF) become even more relevant and promising. Even thought the program always struggles to get more funding, it brings together enthusiastic students who seek to improve U.S.-Russia relations and deal with the challenges by themselves.

As Stoner, who is also a faculty advisor at SURF, said, “One of the beautiful things about SURF is that it is student-run.” It is bottom-up. This means that in the future, the participants of this program might become the future leaders who will be able to normalize U.S.-Russia relations regardless of difficulties.

The Fort Ross Dialogue was sponsored by Transneft, Sovcomflot and Chevron. Russia Direct extends special thanks to Transneft for the support of its panel discussion.