Russia will not agree to joint administration of Southern Kurils - analysts 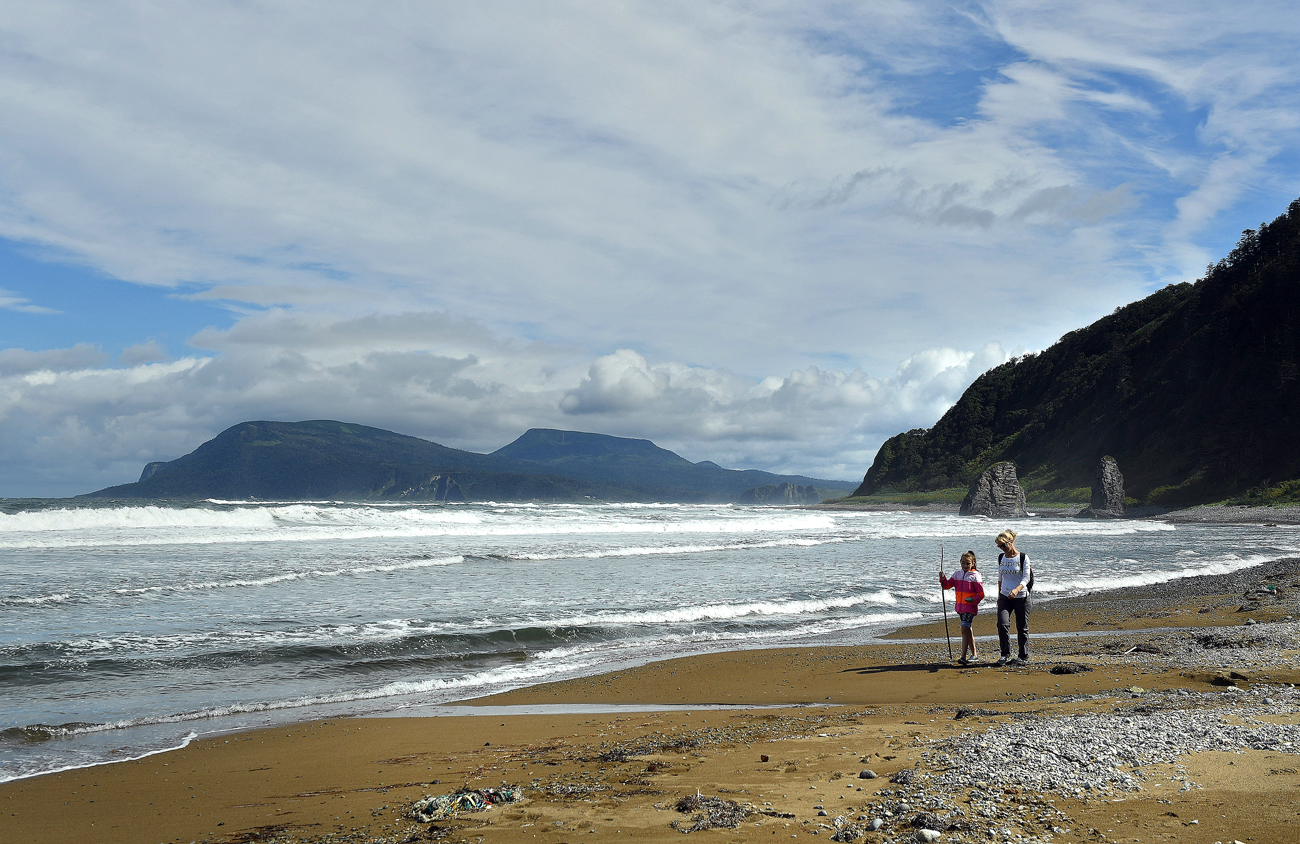 Ekaterina Chesnokova / RIA Novosti
A month before Vladimir Putin's long-awaited visit to Japan, a Japanese publication reported that Tokyo proposed the idea of Russia and Japan jointly administering the Southern Kuril Islands. Russian analysts interviewed by RBTH say the suggestion is not practical.

On October 17, The Nikkei Asian Review reported that Japan was ready to consider joint administration of two of the Southern Kuril Islands with Russia. The chain, which Japan claims and calls the ‘Northern Territories,’ has been administered by Moscow since the closing stages of the Second World War.

“Tokyo hopes to negotiate around a plan that returns the Habomai islets and Shikotan Island to Japan while adopting joint control of Kunashiri (Kunashir) and Etorofu (Iturup) islands,” the Nikkei report, which cites anonymous Japanese and Russian sources, said. “Japan could agree to jointly administer all of the islands, or just the Habomai, Shikotan and Kunashiri, on the condition that the country secures strong governing power. But Russia could demand strong authority over all of the islands.”

Russia and Japan have witnessed a new dynamic in economic and political contacts since May 2016 when Japanese Prime Minister Shinzo Abe announced an 8-point economic cooperation plan to normalize ties with Russia, which includes big investments in the Russian Far East.

The countries have not signed a World War II peace treaty and are stuck in a peace talks process since 1956. Tokyo has made the return of the Southern Kurils a precondition to a peace treaty.

At the Eastern Economic Forum in Vladivostok in September 2016, Abe called on Vladimir Putin to have courage to find a way to resolve the territorial issue and to sign a peace treaty, not leaving this to future generations.  The Russian President, who will pay his long-postponed visit to Japan in December, said Moscow welcomed Tokyo’s new approach, but would act according to its own national interests.

Valery Kistanov, Japan expert from the Institute for Far Eastern Studies of the Russian Academy of Science, believes that the Nikkei article “was a deliberate leak” to test Russia’s reaction to this idea.

”Nikkei, a mouthpiece of Japan's business lobby, would not publish an article based on rumors,” Kistanov said.  “I do not rule out the fact that this idea may have been discussed behind closed doors."

Dmitry Streltsov, an expert in Japan studies from the Moscow State Institute of International Relations (MGIMO), says the leak “may be aimed at publicly creating an illusion of the possibility of ‘jointly governed territories,’ which could be seen as a step forward for Japan.”

Former Russian Ambassador to Japan Alexander Panov, who is believed to have a certain degree of influence on Russia's foreign policy towards Japan told RBTH, that Moscow and Tokyo seem to have agreed to resolve the dispute in a step-by-step manner.

"Chief Cabinet Secretary Yoshihide Suga claimed that this (joint administration) was not part of a plan that Tokyo conveyed to Moscow,” Panov told RBTH. “What exactly was conveyed is not known.”

What is known is that Moscow will not cede sovereignty over the islands, despite Japan’s readiness to invest in the Far East. "For Russia, the idea of joint administration is not acceptable,” Kistanov says.

According to Dmitry Streltsov, even if this idea was discussed, the core issue is that decision makers in Moscow and Tokyo “may have a different vision of what is meant by joint administration.”

He adds that Moscow is more likely to view “joint administration” as a joint economic zone, which has special rules and laws that allow free access to Japanese businesses with full preservation of Russia's sovereignty over the islands and Russian laws being the only laws applied on the territory.

“Japan, in its turn, may see this ‘joint administration’ as reduced Russian sovereignty over the Kurils,” Streltsov says.

“In theory, it is possible. In reality, it isn’t,” Kistanov says, adding that the example of joint administration, cited by Nikkei (Vanuatu) could not be applied to the Kurils.

"Vanuatu is a remote territory, which was never a part of France or Britain. It's impossible to imagine, how China and Japan would jointly administer Diaoyudao/Senkaku," Kistanov adds.

Panov suggests another possible way of resolving the territorial issue. He says, Russia, in 1998, suggested signing an interim agreement on friendship and cooperation, which would include an intention to keep looking for a solution and grant a special legal status to the Southern Kurils. This agreement does not harm the national interests and positions of either country, the former diplomat adds. Tokyo, however, was quick to reject the suggestion.